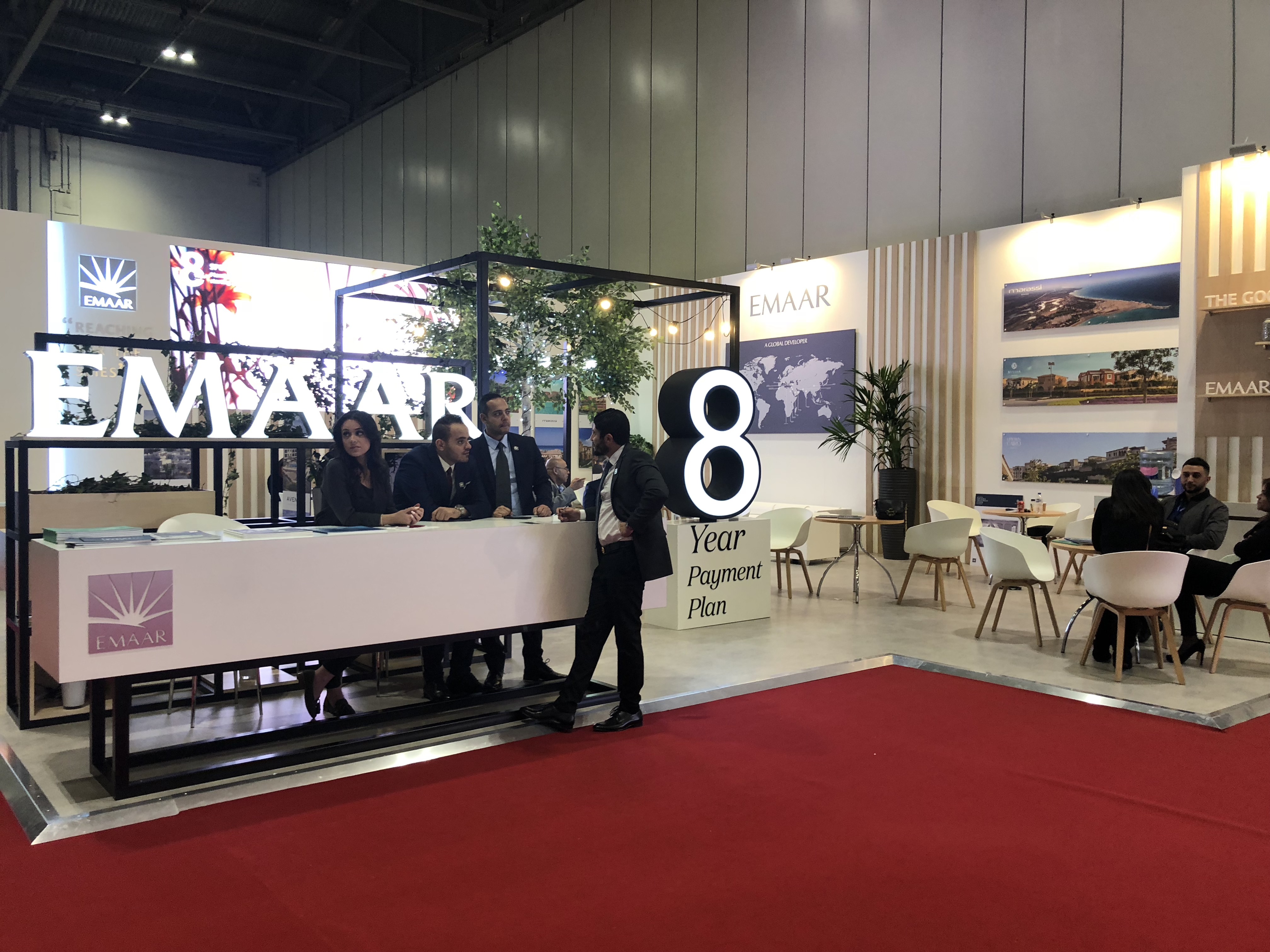 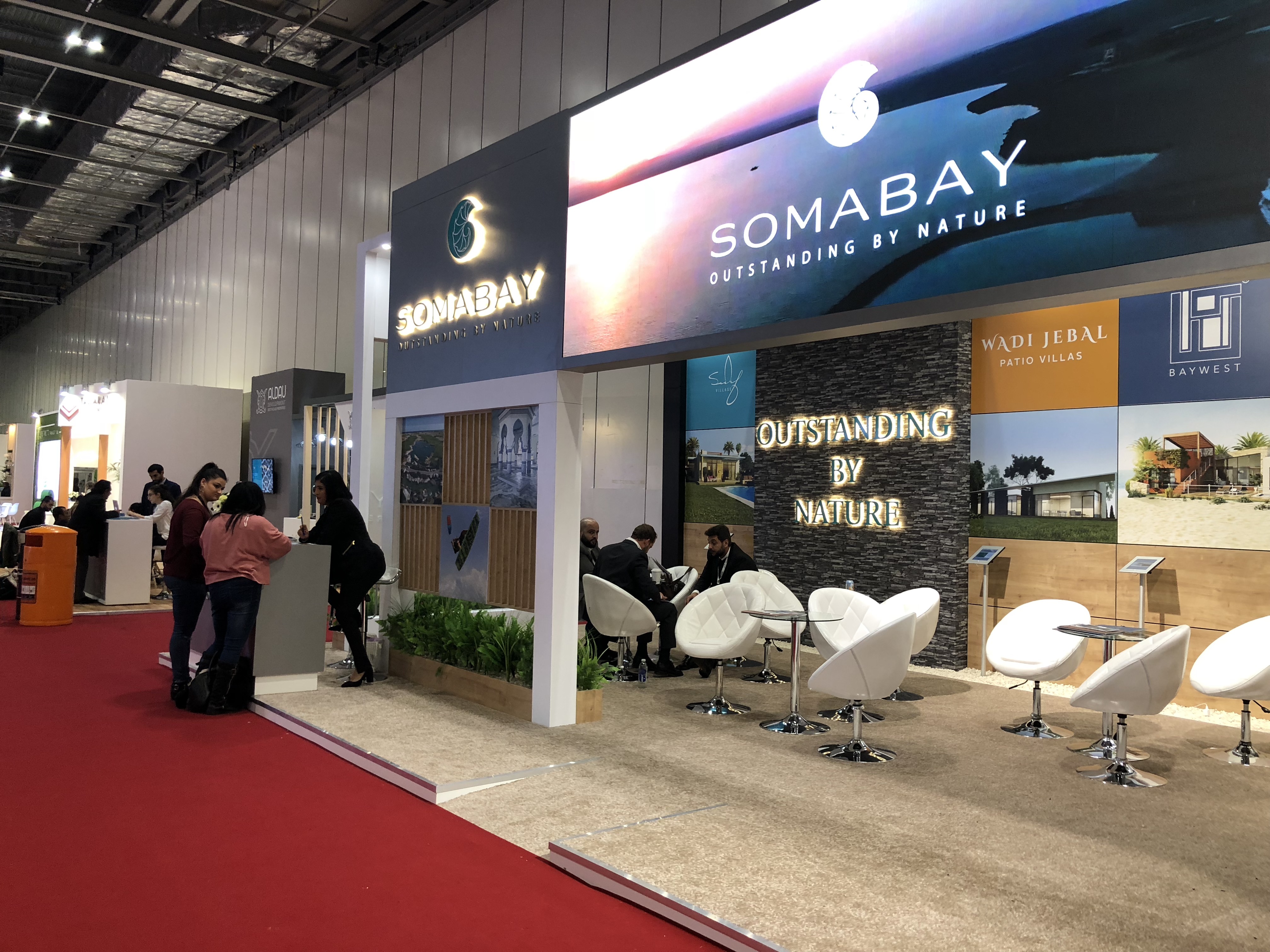 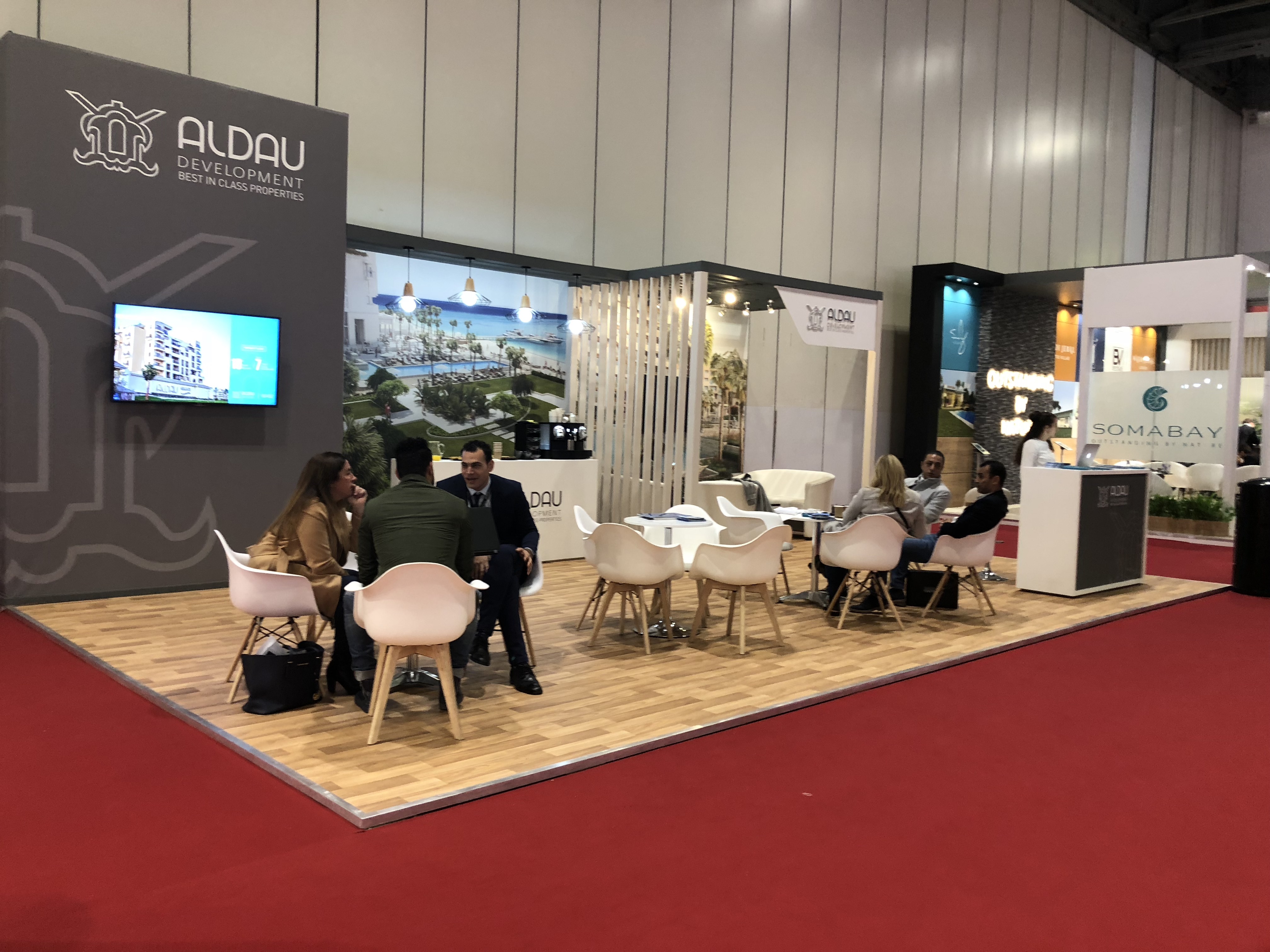 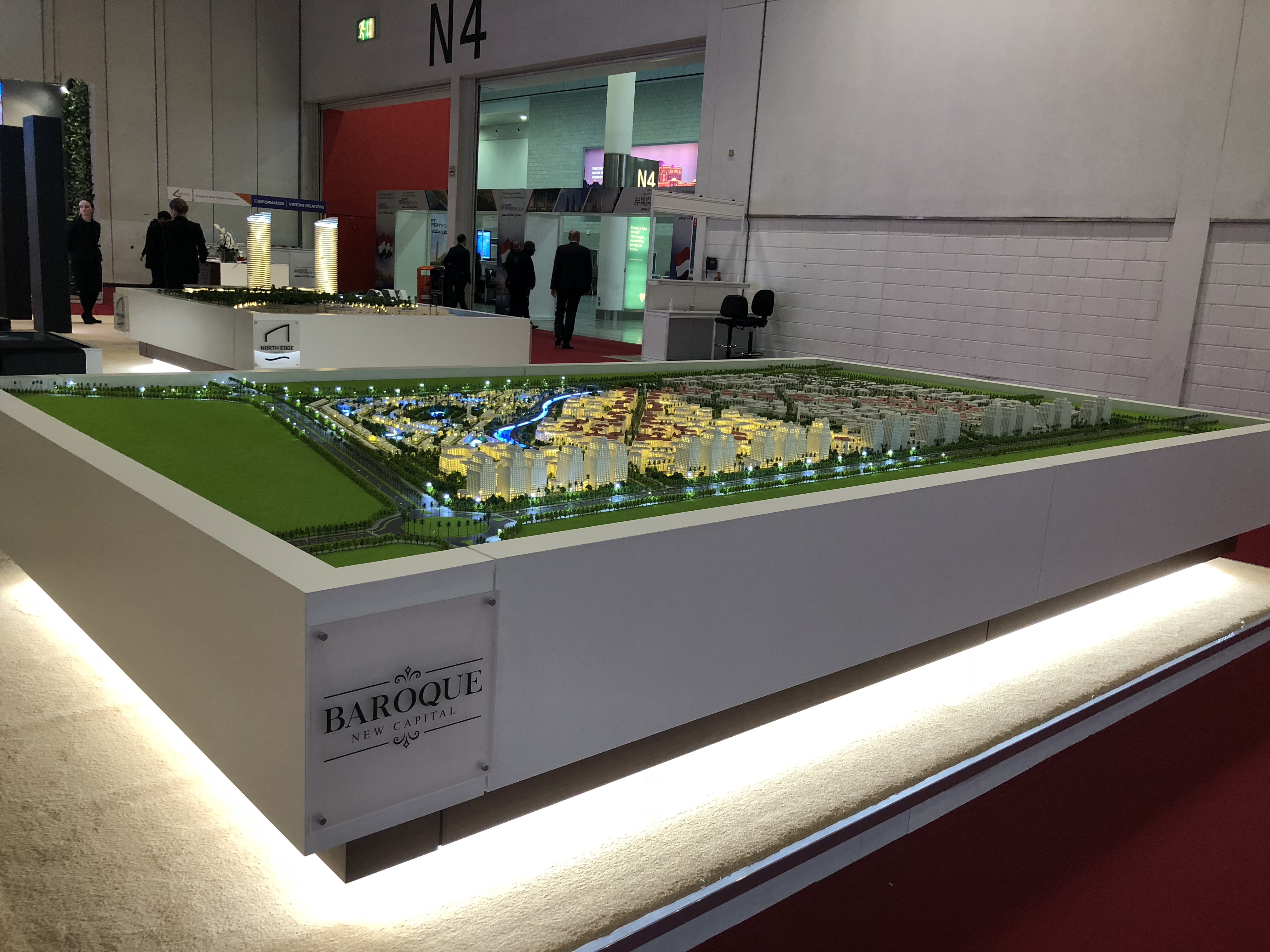 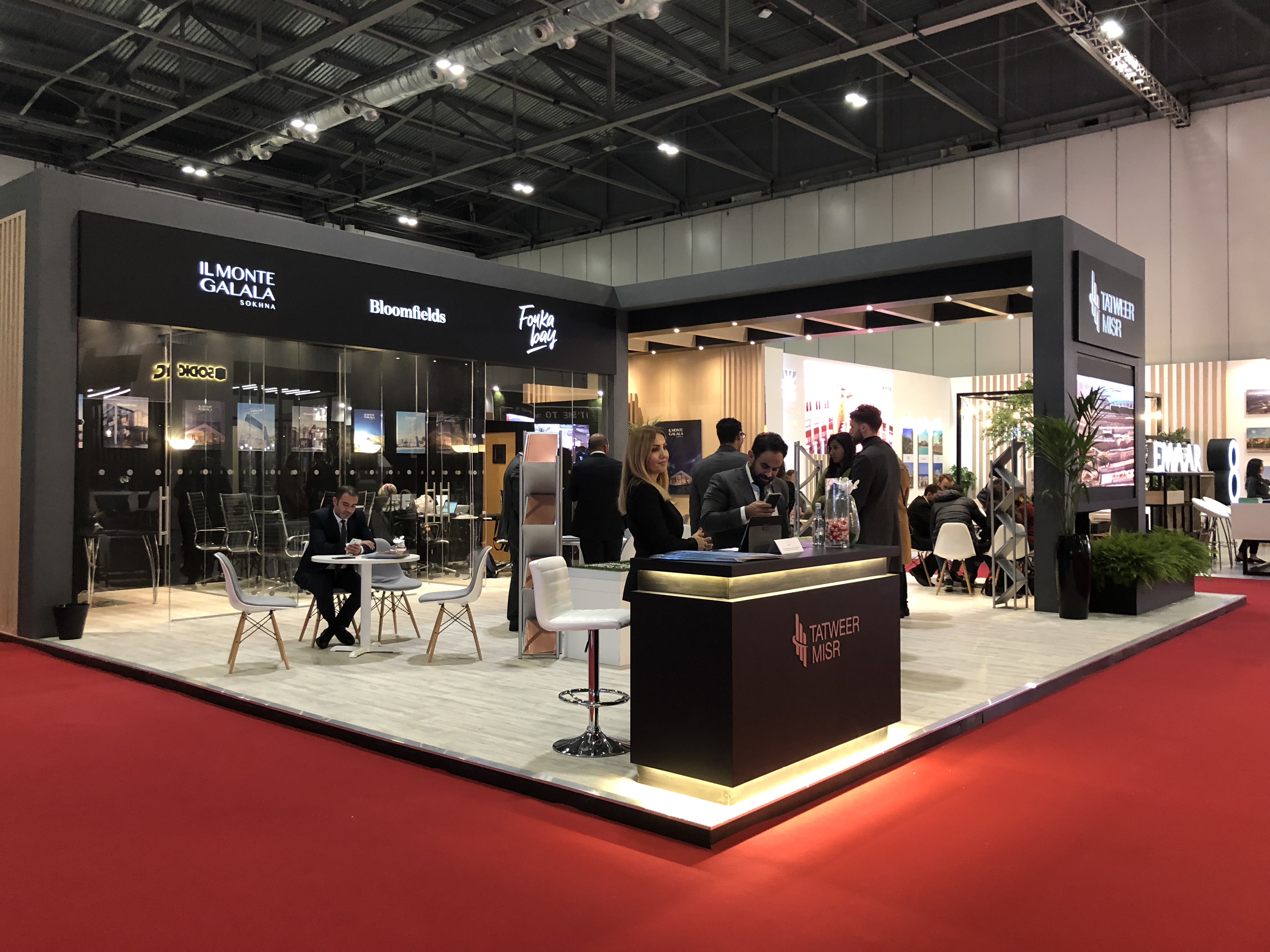 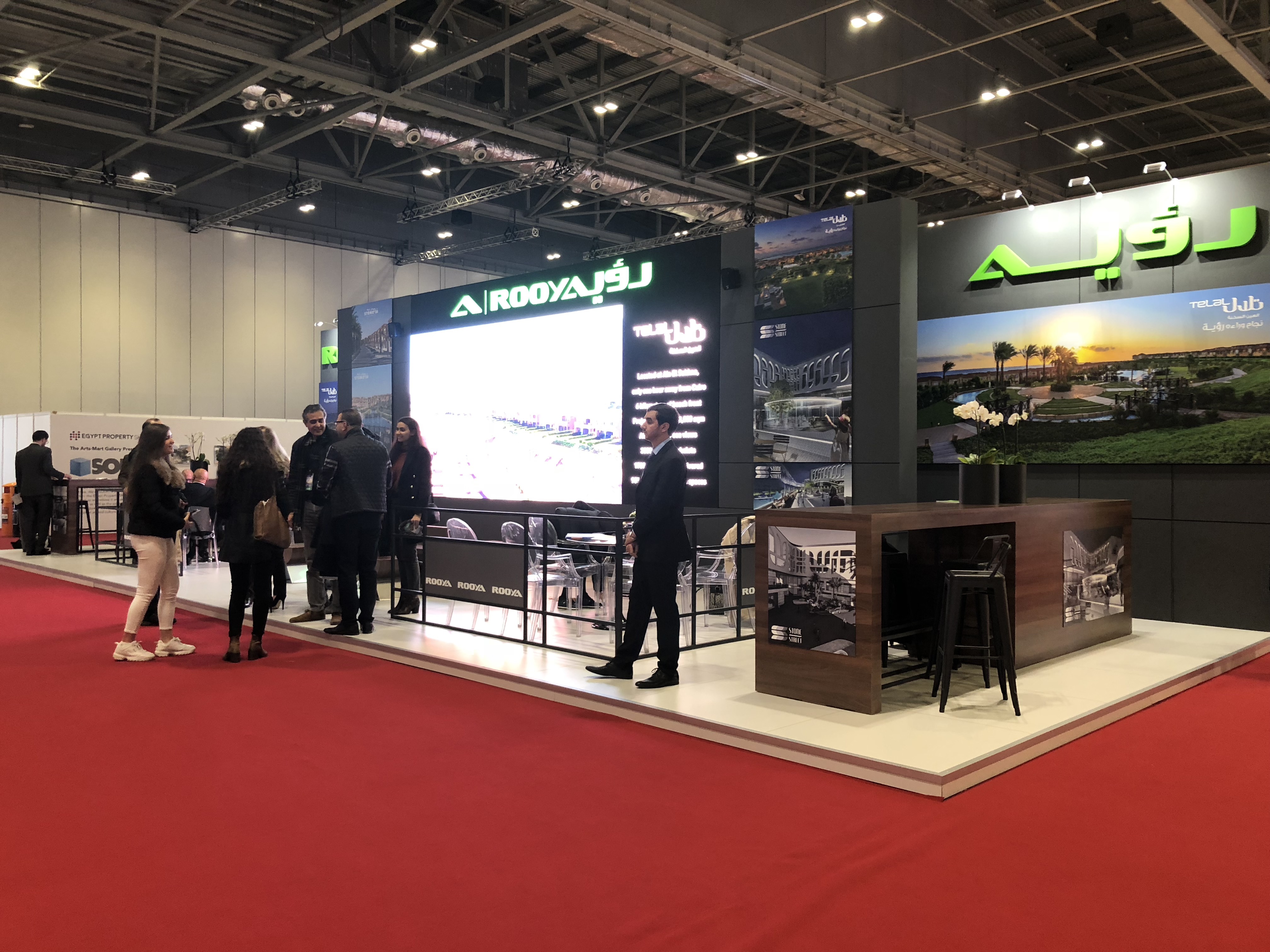 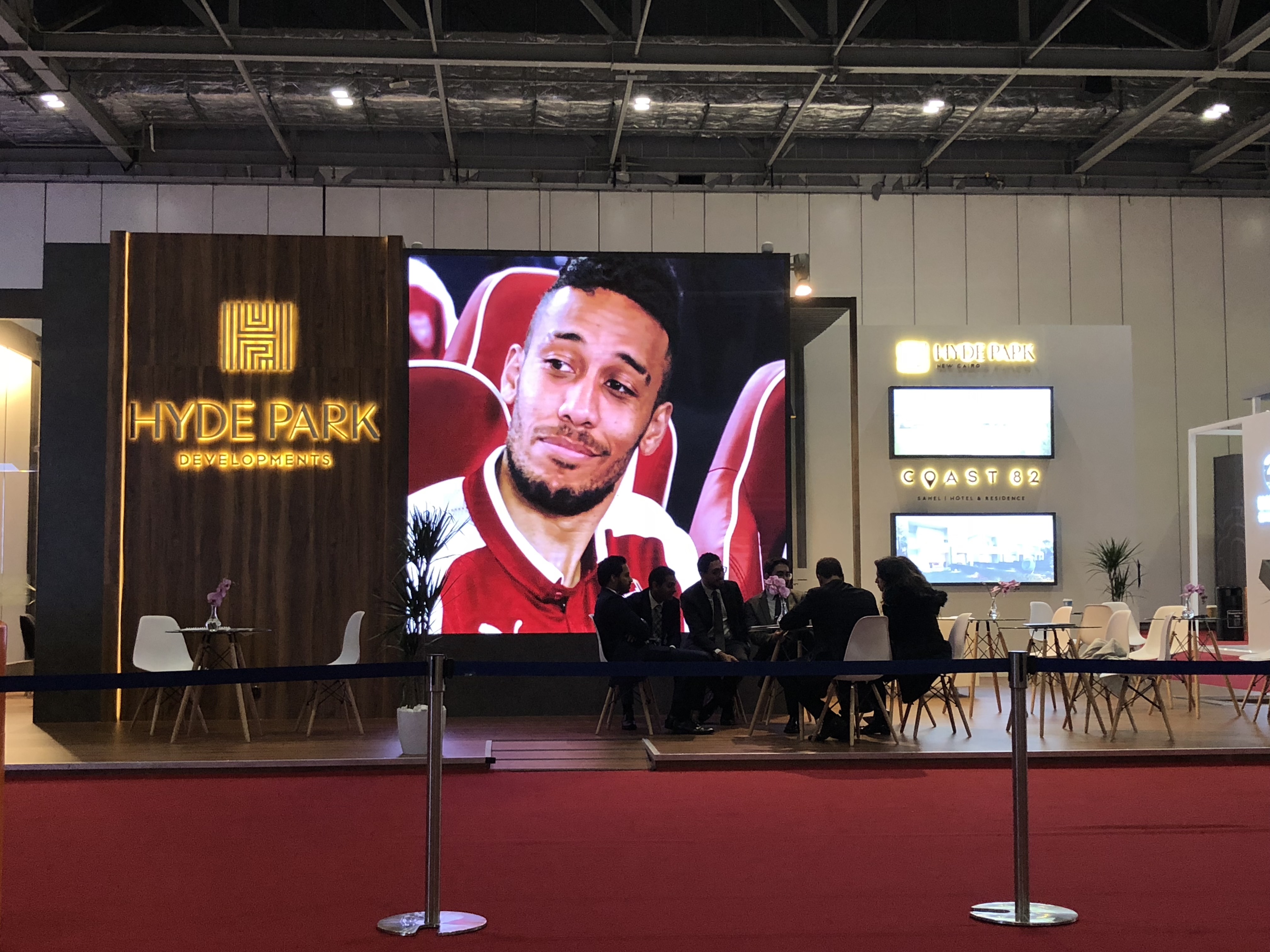 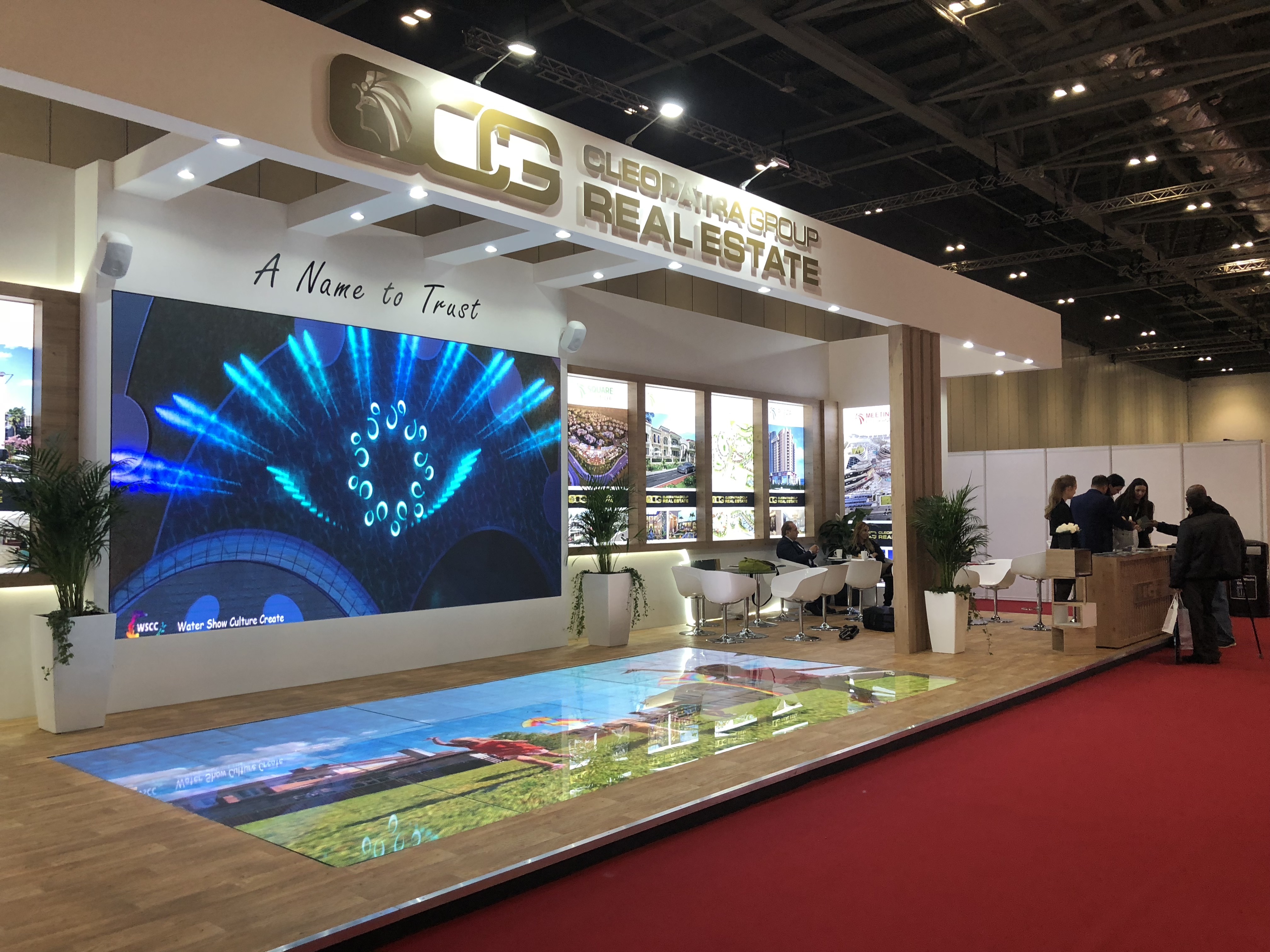 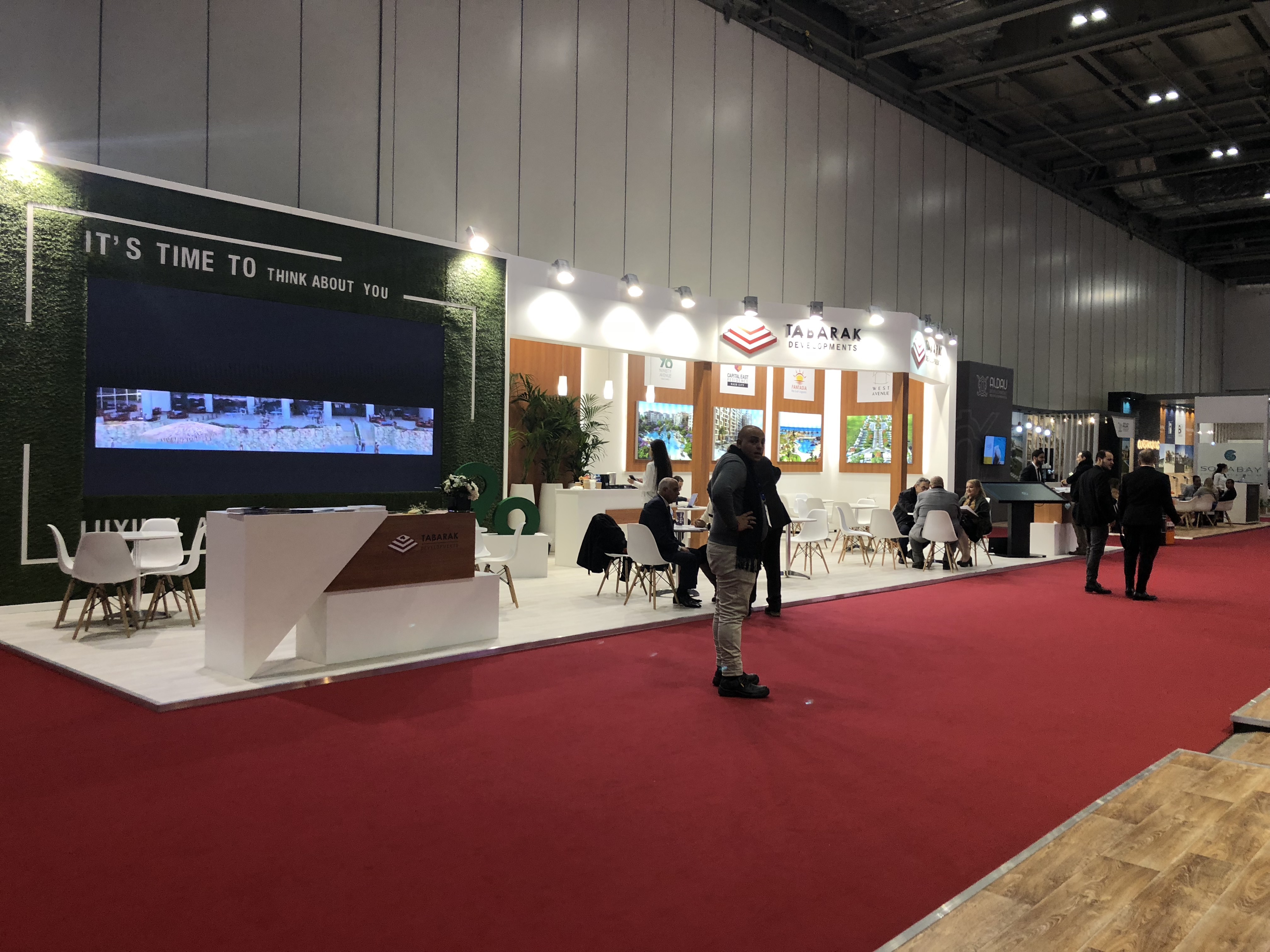 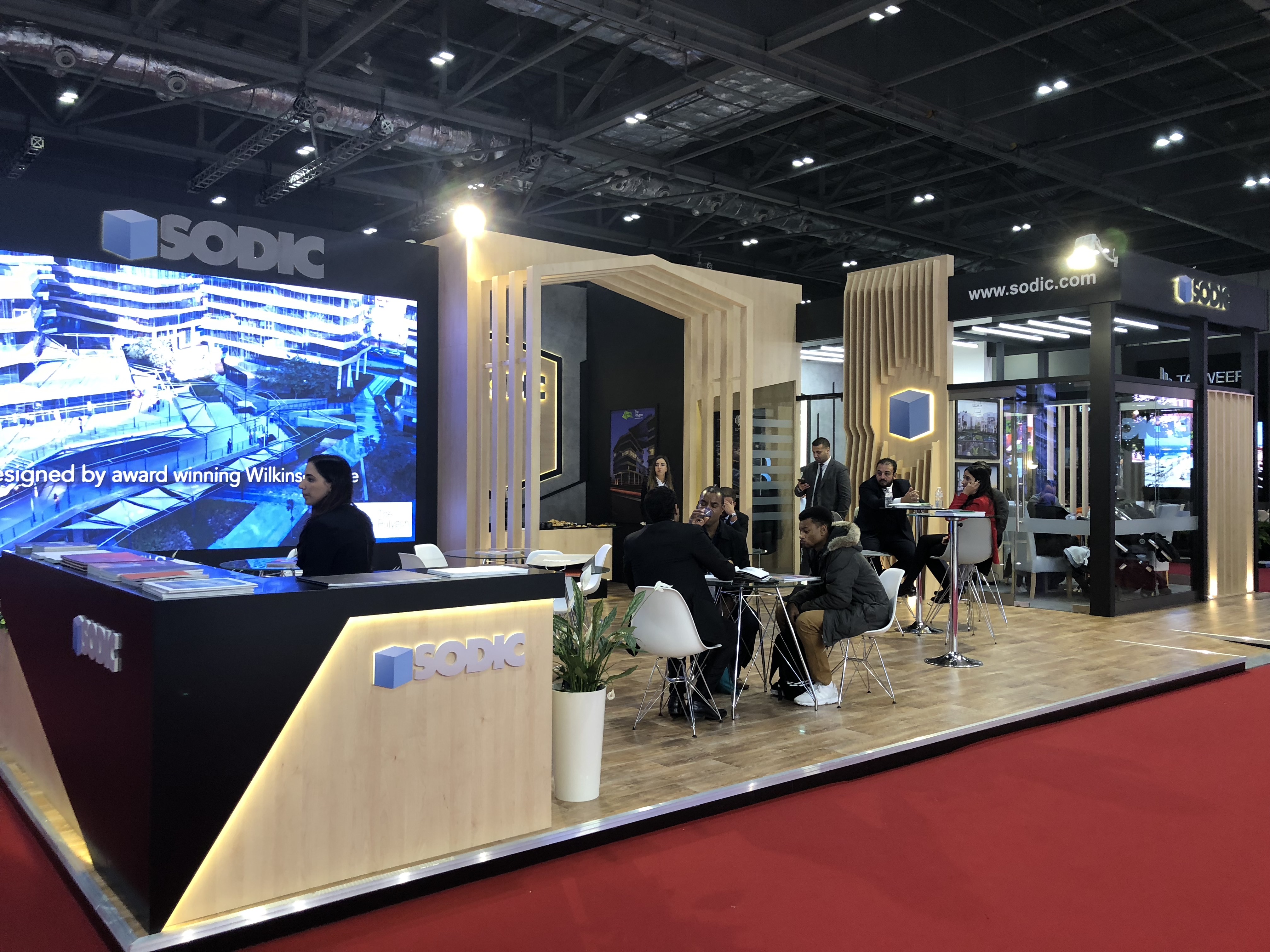 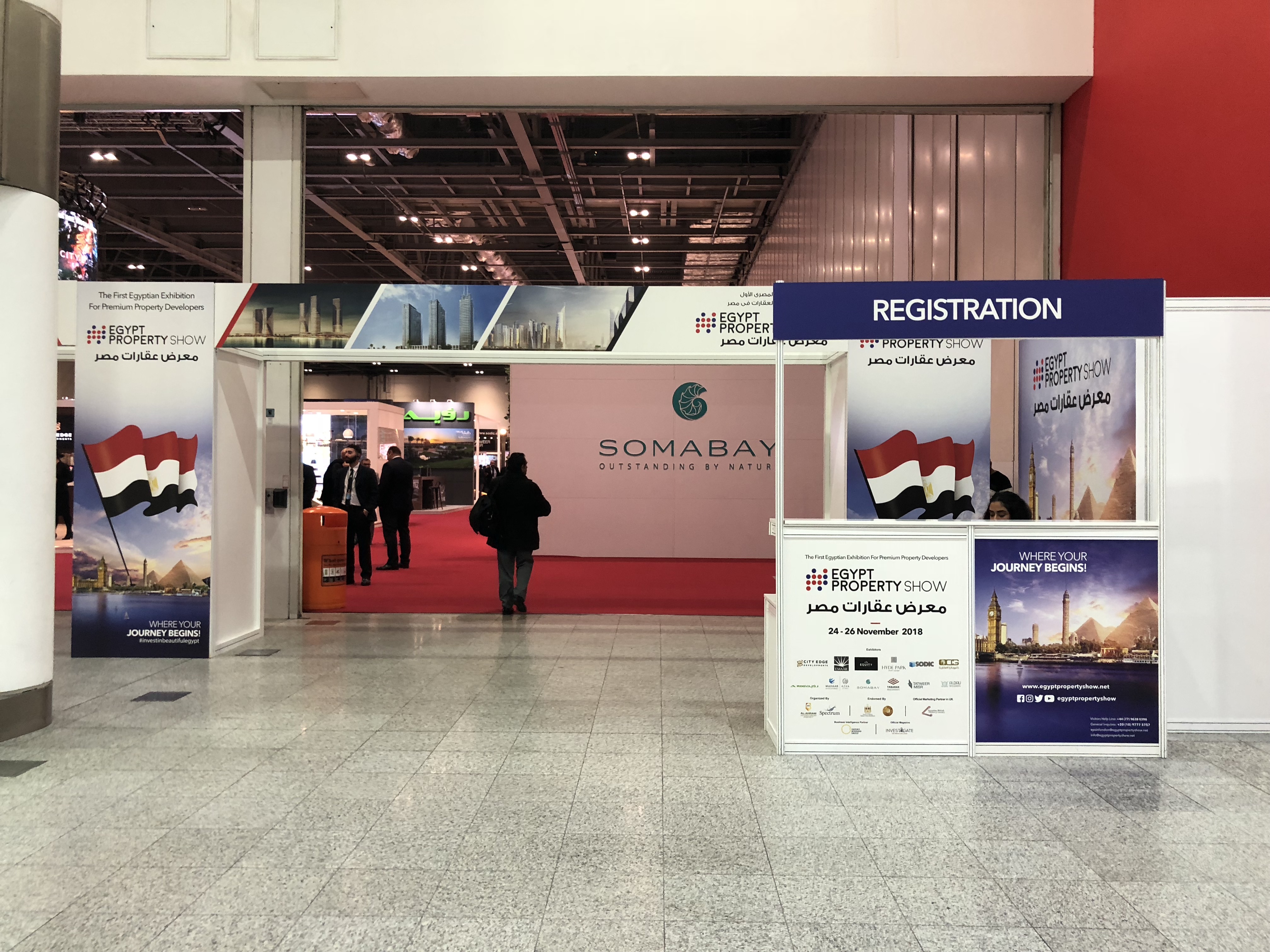 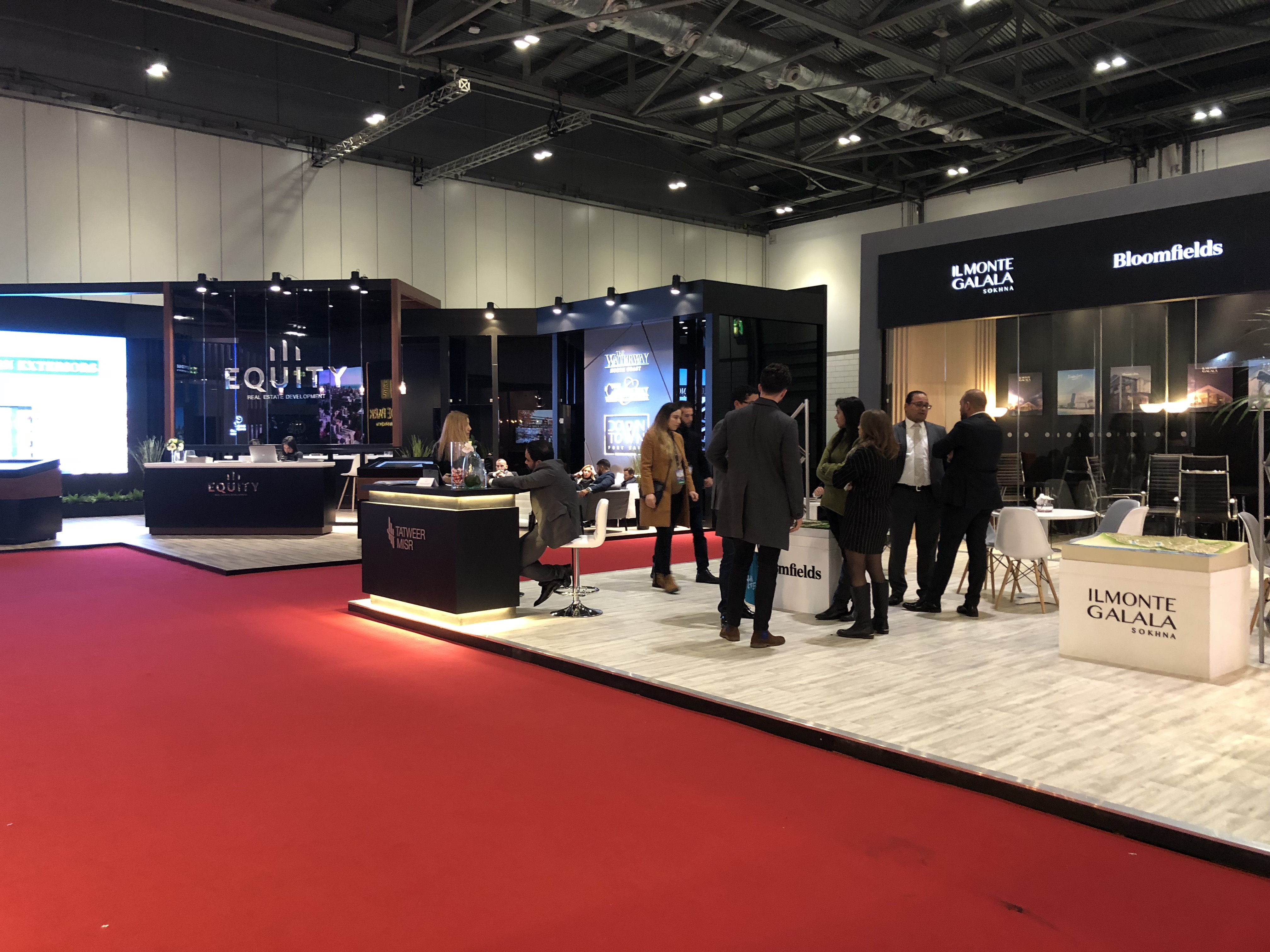 Egypt Property Show (EPS) has been held at Excel London, England from November 24 to 26 as the first premium Egyptian real estate exhibition, aimed at taking Egyptian developers on a roadshow to showcase their developments to the targeted clienteles across the globe, Invest-Gate reports.

Inaugurated by Ministry of Immigration and Egyptian Expatriates Affairs Nabila Makram, the show displayed a vast collection of real estate projects from all over Egypt, including the New Administrative Capital, New Alamein, and New Mansoura, and is endorsed by the Egyptian housing ministry.

Foreign and Egyptian visitors paid a visit to discover the awaiting investment opportunities offered during the event, and some shared their experience and impression regarding the property show.

“Although I came here today to only have an idea of the developing projects in Egypt, I am very proud that my home country has been flourishing too much recently to that extent. From what I am witnessing in the hall, there is a considerable demand on its properties and developments by international investors,” says Moatasem Elsayed, a 39-year-old gynecologist.

“I am certain that this event will have a positive impact on our investment climate and the overall economy in general, and I am looking forward to seeing Egypt marketing its developments further in other countries in the near future,” he highlighted.

While few visitors tended to only just have a look at the notable projects available in Egypt during the show, some others seized the day and sealed some remarkable deals.

Samuel Huston, a 43-year-old software developer, tells Invest-Gate, “I have been to Emaar’s Marassi in the North Coast before and I was dazzled by how much beauty this destination embraces. As soon as I heard about EPS, I thought that maybe it was my chance to finally own a property in this magnificent location.”

“Besides, Emaar’s payment plans and the amazing facilities offered in the compound, considering that it’s located in a coastal area, I was tempting enough for me to immediately pay a down payment, at least,” he adds.

Meanwhile, Ines Gomes, a 37-year architect, deems Egypt as a developing center with a potential for generating long-term income as well as a high rate of short-term return.

“I am seeking to buy a property in Egypt because I think that it has an investor-friendly environment,” Gomes says, adding “The country has recently opened its doors to foreigners since it’s keen to collect some hard currency and I think that it actually has the necessary attributes to make it the ultimate investment hub. I mean it has an immense room for growth, urbanization, and expansion, which is enough to make the country a worthwhile investment.”

Gomes tells Invest-Gate that she is considering buying a property in the new capital, believing “it is set to become a major investment hub in the future, taking into account that it is supposed to be a smart city, besides the vast number of developments and mega projects that are expected to be developed there.”

EPS‘ vision is to establish a property show across a handful of countries worldwide, while aiming to become the biggest real estate exhibition targeting both Egyptian expats and foreign investors abroad, granting exhibitors the chance to display their products to interested buyers at this “one-stop shop” – where various deals from an array of developers can be assessed, according to the exhibition’s official website.

The roadshow first kicked off in Dubai in May 2017, followed by another round in April 2018 in the emirate, and finally its current round in London. Future plans for EPS include a third stop in Dubai in April 2019, in addition to “a powerful agenda for the rest of 2019, to be announced shortly.”