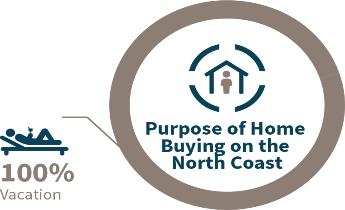 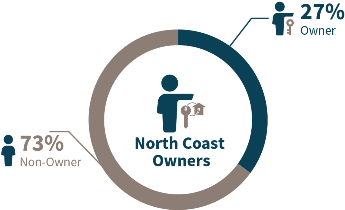 In a survey conducted by Invest-Gate’s R&A team, it has been indicated that almost 27% of Egyptians own a second home on the North Coast. Generally speaking, the entire sample opted for a vacation house mainly for personal use. 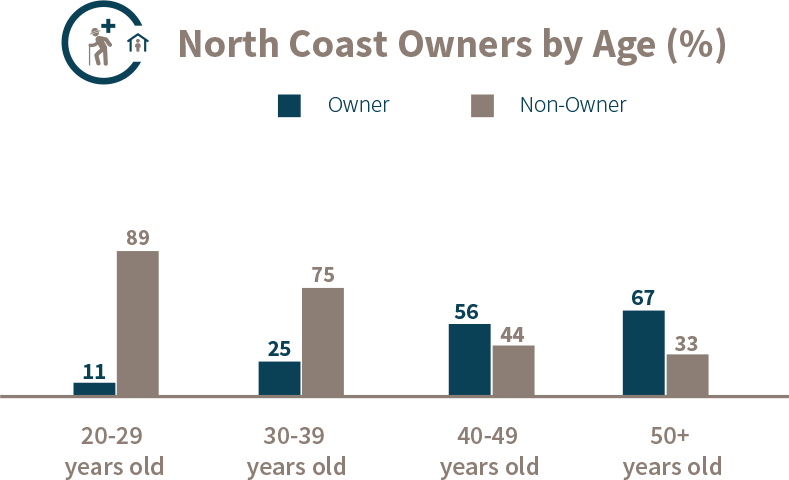 According to the study, roughly 67% of the age group of 50+ years old enjoys the luxury of having a second residence on the North Coast, followed by 56% of those aged between 40 and 49 years old. 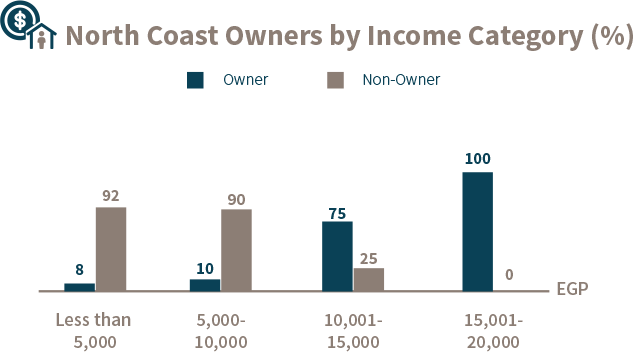 Who Spends More Time at Second Homes, Males or Females? 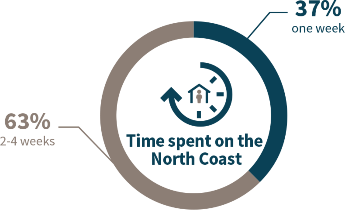 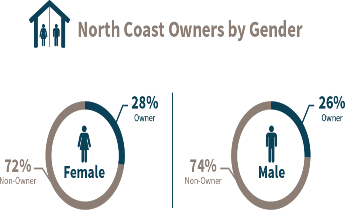 A total of 63% of all owners annually spend at least two to four weeks in their North Coast vacation properties. On the background, approximately 26% of male respondents have purchased extra houses in the area, while 28% of the sample’s females followed suit. 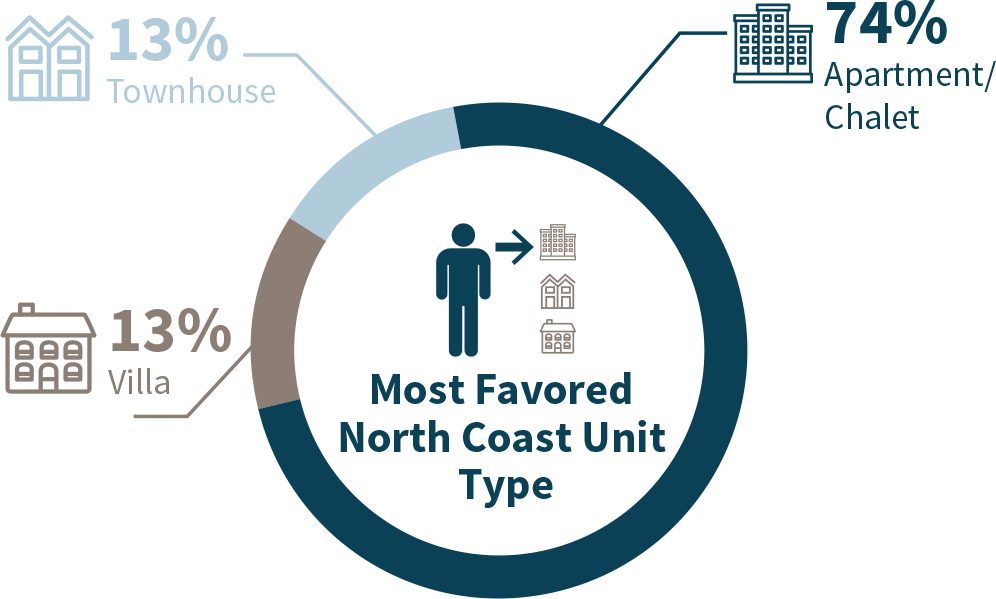 Out of all surveyed purchasers, 74% possess apartments/chalets in various residential projects on the North Coast, followed by villa and townhouse buyers, with each representing an equal 13% share.

Accordingly, half of North Coast home buyers have acquired their second homes in cash. The other half went for feasible payment terms, 75% of which settled on six-to eight-year installment plans. 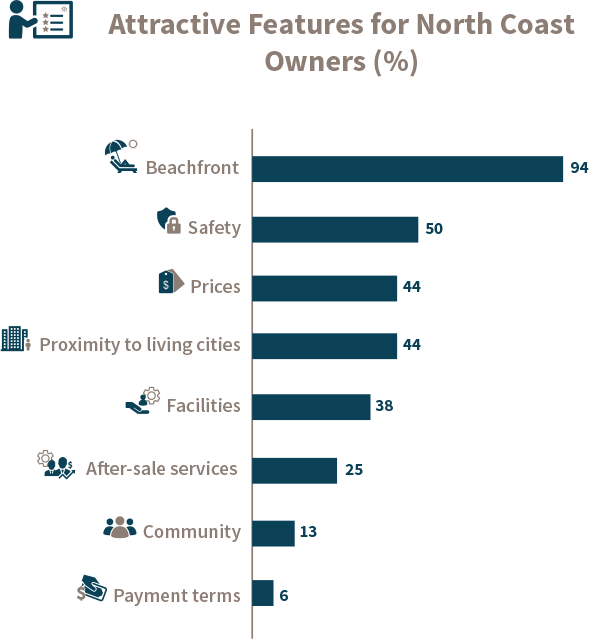 The North Coast offers an assortment of enticing features such as proximity to livable cities as well as after-sales services, but relishing a beachfront is considered the most attractive for 94% of surveyed second homeowners, with safety subsequently hitting 50%. 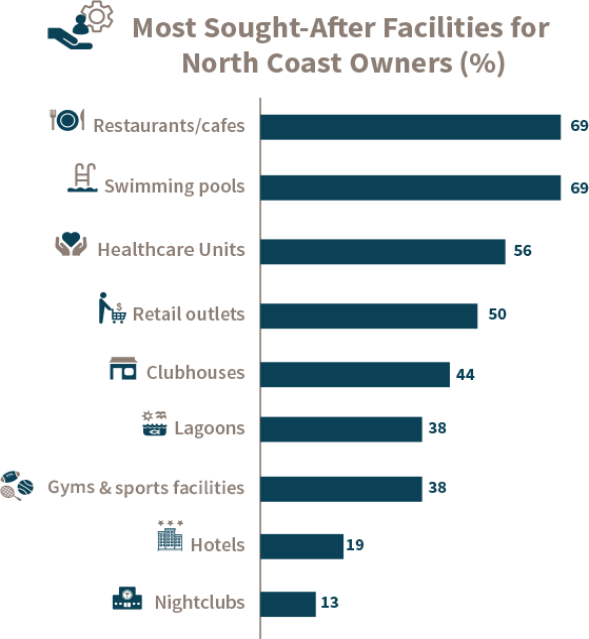 Meanwhile, amongst the broad spectrum of facilities available on the North Coast, varying from retail outlets and lagoons to nightclubs and hotels, the provision of restaurants/cafes and swimming pools poses as the most appealing factors for the area’s homeowners, with each accounting for a 69% quota, followed by healthcare units at 56%. 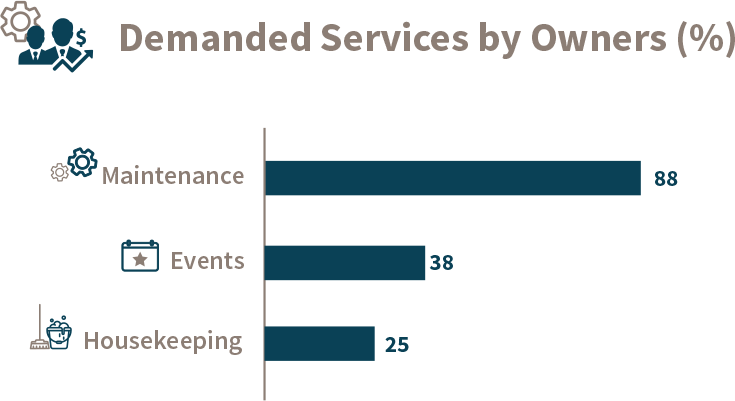 As for after-sales benefits, maintenance marks 88% of services demanded by the North Coast’s homeowners, with hosting events and housekeeping duties coming after at 38% and 25%, respectively 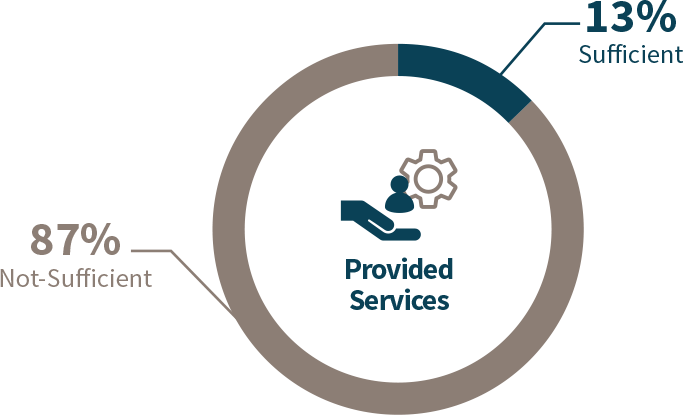 When asked if the North Coast is ready to host residents all-year-round, around 13% of the respondents believe they can entirely move and lodge there. The remaining 87% of homeowners, however, regard it as a seasonal city and consider the currently provided services insufficient for their daily needs. 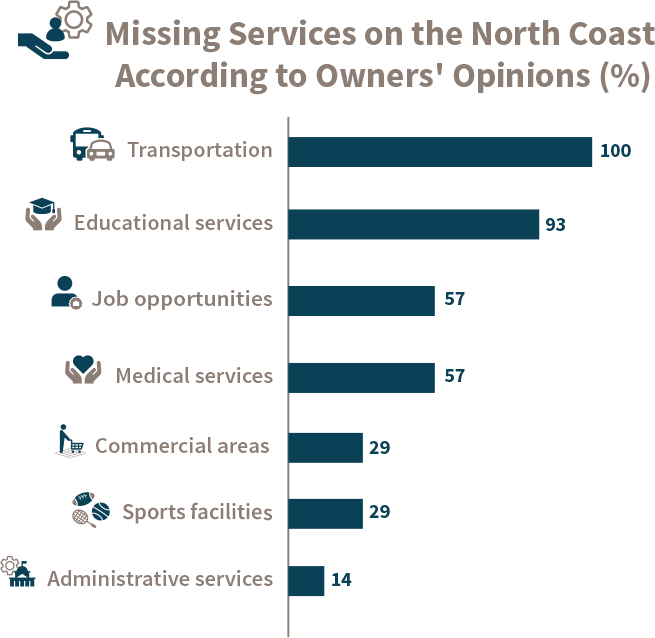 A total of 100% of surveyed home buyers deem transportation facilities as the most missing services on the North Coast, followed by 93% and 57% of owners who see that educational services, as well as job opportunities and medical services, respectively, are among the missing factors.

In a nutshell, both public and private sectors are advised to invest more in the provision of such services and facilities, including transport and education projects, which will certainly reflect on the availability of further employability, and thus, turn the North Coast into a habitable destination in the near future.