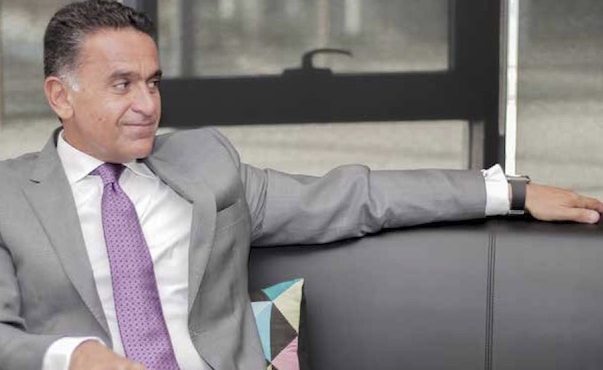 As an expert in the real estate market, how do you assess the changes during the last period?
There is no question that the floatation of the Egyptian pound may have resulted in more pressures on income and affected affordability in the short term. However, we believe that the initial shock is over and the market is starting to adapt. Real estate will always remain a true guarder of value. Interest rates are expected to decrease and developers have already adjusted to these condition by offering more efficient units of smaller sizes to accommodate affordability. Egyptians will always seek to buy their own home, and house prices are always increasing, which is a real incentive to get on the property ladder the soonest you possibly can. That driver will never change.

What do developers or investors demand from the government in support of the sector, today?
The government needs to develop approximately 23,600 acres per year for to accommodate annual housing needs. What is actually developed is around 3000 acres, which means that there is an annual deficit of approximately 20, 000 acres annually.
There must be an open dialogue between the private sector to address this deficit and most importantly to reach a reasonable price of land that would enable the private developers to address this gap. We are supportive of the government in their plans to
develop new cities and believe this is a necessity to keep up with the organic population growth.

How do you see the recent economic reforms? Have they positively affected the real estate investment market?
Despite increase in construction cost, and the subsequent pass through to buyers through increased selling prices, the sector has proved resilient and performed very well this year. This is driven by the real need for housing, property being perception as an
investment and the migration from the congested city center to new communities that offer a better quality of life.
We expect the real estate market to do even better in the coming period, with the income catching up and more investments being directed to real estate with the maturity of high interest time deposits. On the long run, investment and FDI will trickle down to upper and middle class enhancing affordability. The immediate positive effect was the increase of remittances that are being directed towards property purchases.

Over the past period, the New Urban Communities Authority has launched more than one project such as Dar Misr, among others that feature services provided by the private sector, including green spaces, security, and after sales service. Is NUCA to be considered a competitor in the market today?
The housing gap is so vast that all housing projects are needed. NUCA has a price advantage on land, which enables it to address market segments that private developers would not be able to include lower and lower middle income segments. We see this as proactively contributing to addressing the ever growing housing gap. NUCA is also entering into partnerships with the private sector to alleviate the pressure of cost of land. So long as there is an open dialogue with the private sector and everyone is able to operate, Egypt needs all the supply we can offer.

Some believe that the government is interested in foreign investors at the expense of the Egyptian investor?
We are seeing a very healthy balance between encouraging foreign developers to invest in Egypt and the inclusion of local developers in the government’s plans for growth. You only need to look at the number of plots recently released by NUCA and the number of deals signed over the past two years to see that. It is only healthy to want to attract foreign investment at this point in time.

Do you think that the aggressive competition the market has witnessed in recent years has met the high demand of the purchase power?
Not at all. It is true that there are many new entrants and the market is getting more competitive, which greatly benefits the client, especially in times where affordability is a big factor in the purchasing decision. Having said that, an established credible real estate developer will always weather challenging times better than a smaller new entrant. When you are buying a house you want to know that it will be delivered in so many years. By virtue of experience, financial position, execution capability, land bank and track record established developers will always be preferred clients and suppliers.

Moving onto the Nile Property Expo, why is SODIC participating? What is on offer to visitors?
After the float investing in property became an opportunity for Egyptians living aboard, who had the advantage of actually benefitting from the devaluation of the pound. This encouraged us to participate in this exhibition, among others across the UAE or the Gulf, to bring the company’s projects to these clients and to expand our customer base.

SODIC always presents something new with every launched project. What is special about “SODIC East”?
SODIC East is planned to be a full-fledged world-class destination on the East. The first phase of the project features standalone villas of different sizes and a range of town- and twin houses. The project’s construction plan is to be entirely delivered in ten years. This is SODIC’s first co-development project partnering with Heliopolis Housing & Development Company -the oldest real estate investment company in the Middle East.

A company with the size of SODIC shares a distinguished place across the Egyptian and Arab markets. What made you partner with Heliopolis Housing and Development Company in this project?
With the increasing cost of land many private developers are moving towards co-development partnerships and adopting a revenue share model. This allows the developer to direct all their investments to developing the project and the landlord is compensated for the land with an agreed upon share of the revenue. We were able to reach a very balanced deal with Heliopolis Housing that safeguards both of our interests.

Flexible payment plans of ten years onwards has become a common trend in the market today. Is SODIC applying the same method?
Some companies offers a payment plan of up to 10 years, but for us, we prefer to stick to our payment plan of six and seven years, depending on the project itself. We prefer to stay committed to our clients and to meet our delivery deadlines and I believe this is our edge.
In the face of pressures in disposable income we are witnessing extended payment terms offered by developers, sometimes up to 10 years. This is expected to prevail in the medium term but is expected to go back to regular four-five year terms once incomes catch up. Our conservative financial management and our commitment to on-time delivery and our shareholders interest makes us reluctant to apply extended terms across the board. We use a- five-six- year payment plan and a-seven- year payment plan in selective cases and on the heavier ticket prices.

What are your hopes in the coming period?
This sector is considered one of the main pillars of growth in the Egyptian economy. A dialogue between government and investors is crucial. We need the government to bring more well-priced land to the market. We would like to see developers ranked by development capacity and execution track record when allocating land to prevent speculators from acquiring land they cannot develop and fictitiously raising land prices.