CBE’s Mortgage Initiative to Finance up to 50,000 Units: Official

This came during the Think Commercial’s roundtable held on February 25, bringing together developers with the government officials to discuss the current obstacles facing the real estate sector, while the achievements both parties have made so far.

Abbas added, “The CBE initiative will significantly boost the real estate sales in Egypt,” yet he argued, “The government cannot do all the work alone in this sector, and the developers should have a role too and be going hand-in-hand with us.” 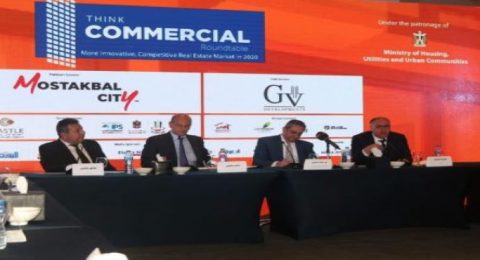 Real estate is one of the most promising sectors due to the high demand resulting from the high rate of birth, the deputy minister also noted, referring to the new cities the ministry is establishing across Egypt.

He clarified that the ministry is amending the land allocation mechanism to ease the process of obtaining lands for investors.

On his part, Land Developers Chairman and Managing Director Ahmed El Tayebi said the bank’s initiative should focus on financing properties in the new cities.

Mohamed El-Taher, CEO of Saudi Egyptian Developers (SED), added that the bank’s mortgage finance should be provided for a larger segment rather than the middle income only.

Tarek Shoukry, head of the Real Estate Development Chamber at the Federation of Egyptian Industries, stressed that the CBE’s initiative saying the initiative is a good solution for supporting the purchasing power, but it needs some amendments.

On a separate note, Gasser Bahgat, chairman of Najma Properties and Amaken Development, said regulations set for potential foreign homebuyers should change as it is not compatible with international needs.

“Secondary home projects in Red Sea cities will be the winning horse in the real estate exports in the upcoming period,” Bahgat emphasized.