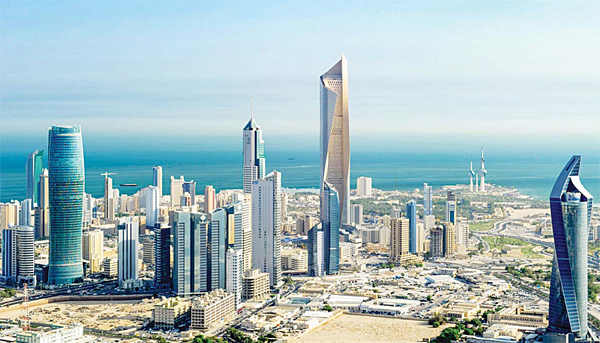 Kuwait has announced plans to establish an integrated flagship project that will open new investment opportunities for the tourism, hospitality and leisure sectors, attract up to USD 200 bn in foreign direct investment by US, European, Chinese and Asian investors, and add USD 220 bn to the country’s GDP.

Officials revealed details of the Northern Gulf Gateway Project at the Kuwait Investment Forum 2018 (KIF 2018), co-organized by the Kuwait Direct Investment Promotion Authority and the Kuwait Chamber of Commerce and Industry at the Bayan Palace, along with the Jaber Al-Ahmad Cultural Center, under the patronage of His Highness the Amir Sheikh Sabah Al-Ahmad Al-Jaber.

Connected with China’s Belt Road Initiative, the project will have an outstanding airport, industries, a knowledge zone, a leisure zone, and an educational zone.

Noura Al-Qabandi, director of the country’s international affairs and research department, CITRA, said that the flagship will include an educational hub, a center for smart industry and future technologies, a port of 8 mn TEU capacity, a financial hub with a stock exchange, and a touristic destination that will also feature an exceptional medical facility.

“We have chosen the Northern Gulf Gateway development not only as an economic catalyst but also to take advantage of our geographic location, which lies closest to two of the world’s oldest civilizations,” Kuwait’s First Deputy Prime Minister and Minister of Defense Sheikh Nasser Sabah Al-Ahmad Al-Sabah said.

The board of trustees of the Harbor City in the Northern Gulf Gateway have already scheduled a discussion with Chinese companies on new projects on May 1.