Deputy of Minister of Housing, Utilities, and Urban Communities for National projects Khaled Abbas said that a total of 7,056 fully-finished social housing units, out of the planned 8,064, have been completed, in New Aswan city, Invest-Gate reports. 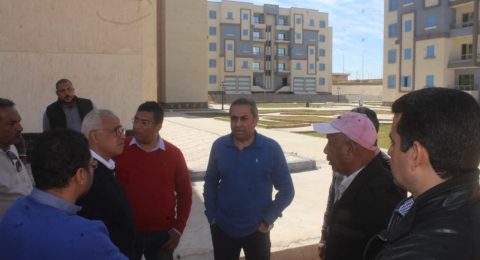 He added that 4,137 units have been allocated to beneficiaries and a total of 1,737 have been delivered, while works are ongoing on 129 fully-finished villas located on the Nile strip in the new city.

Head of New Aswan City Development Authority Ahmed Rashad said that the first phase of the 1,050-acre Nile strip includes 66 fully-finished villas being implemented on 14 acres, in addition to another 80 villas, a tourist promenade, and a 6-kilometer-long Nile park.

He added that 26 service projects have been implemented in the new city, ranging from schools, nurseries, commercial markets, and health units.

In August 2019, Minister of Housing, Utilities, and Urban Development Assem El Gazzar said that the government has pumped investments worth EGP 1.2 bn in New Aswan since 2014 up to date, compared to a total of EGP 750 mn beforetime.