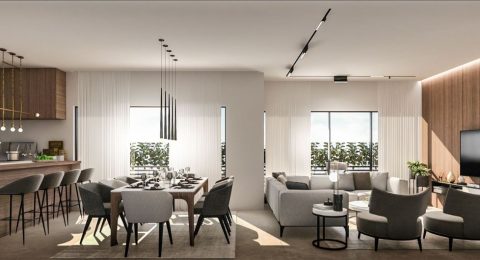 Seldar Misr has announced plans to pump EGP 3 bn worth of new investments into Al Jazi Egypt, its branded residences project in New Cairo, over the next two years, Invest-Gate reports.

During Cityscape Egypt, which runs from November 4 to 7, Seldar Misr has managed to secure 100% sales of Al Jazi Egypt’s first phase in three days. Given this high demand, JW Marriott Residences was rolled out. El Sayed added, “Work on Al Jazi Egypt nears 95% completion, in a bid for delivery before 2023.”

“With Al Jazi Egypt, we introduce a new vision and concept to Egypt, offering a unique housing experience that combines the quality of the real estate and the luxury of hospitality by Marriott International … The project carries both brands Marriott and JW Marriott,” the chairman was quoted as saying.

Seldar Misr is an affiliate of Doha-based Al Rayyan Tourism Investment Company, which owns 34 hotels worldwide, 30 of which are managed by Marriott International.