Savings, mortgages, loans, licenses, and lots of paperwork might have come to an end with the introduction of the innovative blockchain technology. Decentralized applications might be the answer to many bureaucratic systems and has been applied in many countries yet the monitoring of decentralized transaction system remains unknown. Invest-Gate looks into this ingenious blockchain invention that appeared in the last decade.

In the simplest definition, blockchain is a piece of infrastructure like the internet, on which many applications can be built. Its conceptualization dates back to 2008, when a person or group of people known by the pseudonym, Satoshi Nakamoto, created it to mainly power the cryptocurrency bitcoin.

“The blockchain applications are called decentralized applications, like cryptocurrencies such as bitcoin or ethereum,” according to Saqr Ereiqat, Blockchain Evangelist, Senior Managing Consultant, IBM.

Experts see that different applications of the blockchain technology can transform property transactions such as purchase, sale, financing, leasing, and management. Today in Dubai, UAE, the decentralized application enabling property transfer is being piloted, according to Ereiqat. 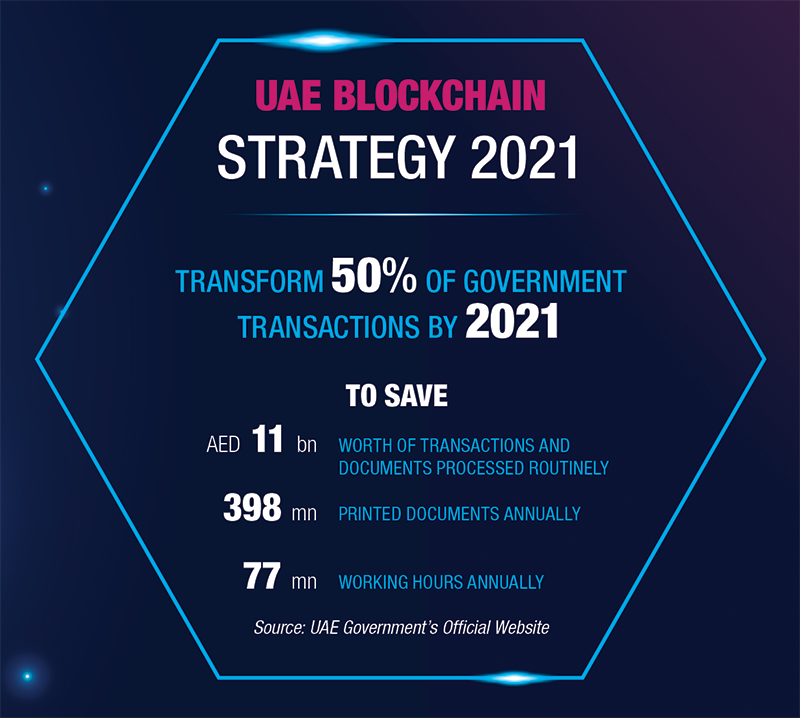 On the global level, the real estate sector is a great use case study for blockchain. Countries like Georgia, Ghana, Estonia, Netherlands, Switzerland, Singapore, the UAE, and recently Malta are already exploring applications in the real estate sector, according to Ereiqat and Founding Partner at zk Capital Mohamed Elkasstawi.

USA is actively working with blockchain companies to provide a flexible and encouraging regulation, while the “UAE sets a good example in the Middle East on how to use blockchain technology to improve the efficiency of its government and businesses alike,” Elkasstawi says.

In April 2018, the UAE government launched the Emirates Blockchain Strategy 2021 to help save time, effort and resources and facilitate people to process their transactions at the time and place that suit their lifestyle and work, according to an official statement. 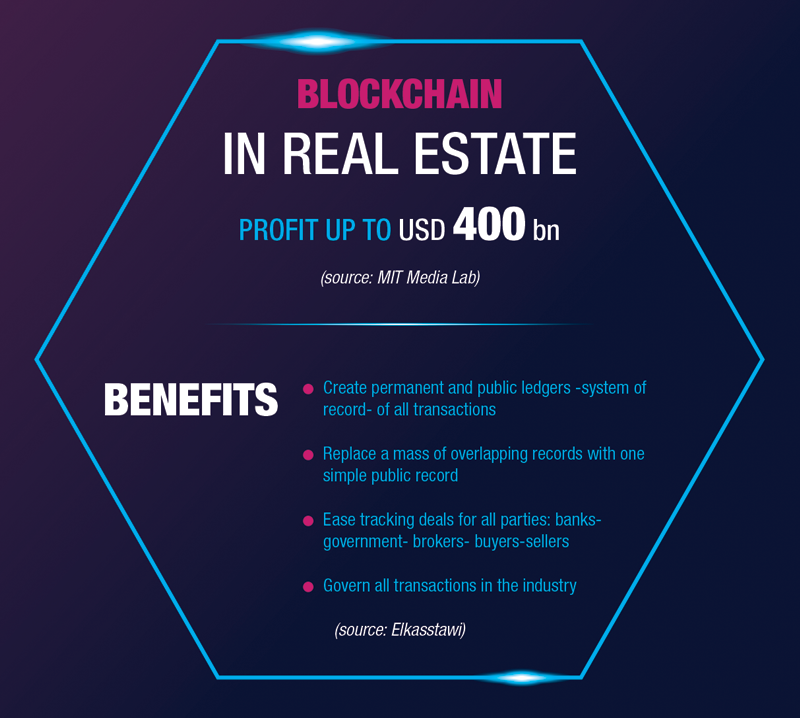 As for Egypt, Ereiqat believes that with the blockchain technology, “Egypt’s intense bureaucratic process would end ownership of land and its value would be monitored, and all illegal buildings would be tracked, prohibited, and stopped.”

One Flaw: Ensuring that the correct data is available on blockchain will be the biggest challenge, according to Ereiqat.

According to Peruvian Economist Hernando de Soto who says in an interview with Mckinsey&Company, the USD 400 bn is the worth of all informal assets in Egypt. “In other words, this figure is 99 times more than what the IMF is to give!”

Blockchain is creating a new economic movement in the whole world, with growing interest started to emerge in Egypt. “We have seen an increase in the number of people interested to learn about the blockchain technology. More than 1,000 people showed up in January 2018 when we helped in launching Egypt Blockchain Day,” according to Elkasstawi.

Within the developer’s community in Egypt, the blockchain technology caught the eye of many. Elkasstawi notices, “there is also a big interest from the Egyptian developer community in learning about blockchain, and this was evident during the Blockchain Bootcamp, which was organized by NU Techspace to teach developers how to build on the new technology.”

Regarding possible application of this technology, blockchain is available in software as a service (SaaS), software that is owned, delivered and managed remotely by one or more providers. “If any organization is interested, it can start developing their business network without a major capital expenditure,” according to Ereiqat.

As for the infrastructure, Elkasstawi believes that Egypt has the base infrastructure needed for the blockchain technology such as widely used Internet connections.

Speaking of the professional caliber to apply this technology, Elkasstawi adds that Egypt has some of the best engineering schools in MENA region, which provide the necessary human capital for this technology. However, applying Blockchain technology needs support from the government. “Laws have to be expanded to regulate this emerging asset class,” Elkasstawi argues. Where real estate and blockchain are concerned, we will see what the future holds.

According to Elkasstawi, blockchain is leapfrog in technology that can help countries avoid using less efficient or expensive technologies.

All in One Place: The blockchain is distributed and highly available. It retains a secure source of proof that the transaction occurred and a public history of all transactions.

Fraud Prevention: By putting Egypt’s land records on the blockchain, it reduces fraud and guarantee more accurate ownership records. There are a lot of incidents, where people resort to unethical practices in real estate so as to forge real estate ownership records to steal someone’s property. In fact, it has become a common practice of producing fake or false documents claiming that a person is the owner of the property while he is not.

Liquidity: Blockchain assists the investor to sell the shares of property more efficiently and at affordable prices. In fact, they can even convert an asset into marketable securities for the fraction of its previous cost.

Disintermediation: Purchasing a property using cryptocurrency without intermediaries such as banks. Middlemen played an important role in the real estate sector for finalizing a deal between two parties.