In pursuit of economic efficiency and prosperity amidst the current global outbreak, Egypt appeals for relief on another rescue bill from the International Monetary Fund (IMF) to address the urgent balance-of-payment needs stemming from the COVID-19 hit. With more in the pipeline, the loan is valued at almost USD 2.8 bn. To tell the truth, if it were not for Coronavirus, the North African country would have built upon its outstanding deficits and newly-accumulated debt burdens.

With this in mind, Invest-Gate reaches out to some economic analysts and researchers to share their insights on the IMF’s emergency assistance for Egypt and pinpoint the target markets and beneficiaries of this pandemic aid, opening a perfect window into what is happening across the Egyptian economy when facing turbulent financial times.

As the Coronavirus crisis seeds chaos worldwide, panic looms over Egypt, which targets as much as USD 8.5 bn in total from the IMF under a stand-by arrangement (SBA), aside from the USD 2.8 bn received on May 12 as part of the Washington-based lender’s emergency Rapid Financing Instrument (RFI). The lending would come in addition to seeking USD 4 bn from other institutions, an anonymous official recently told Bloomberg, noting that the loans are in line with the North African nation’s endeavors to cover funding shortfalls. 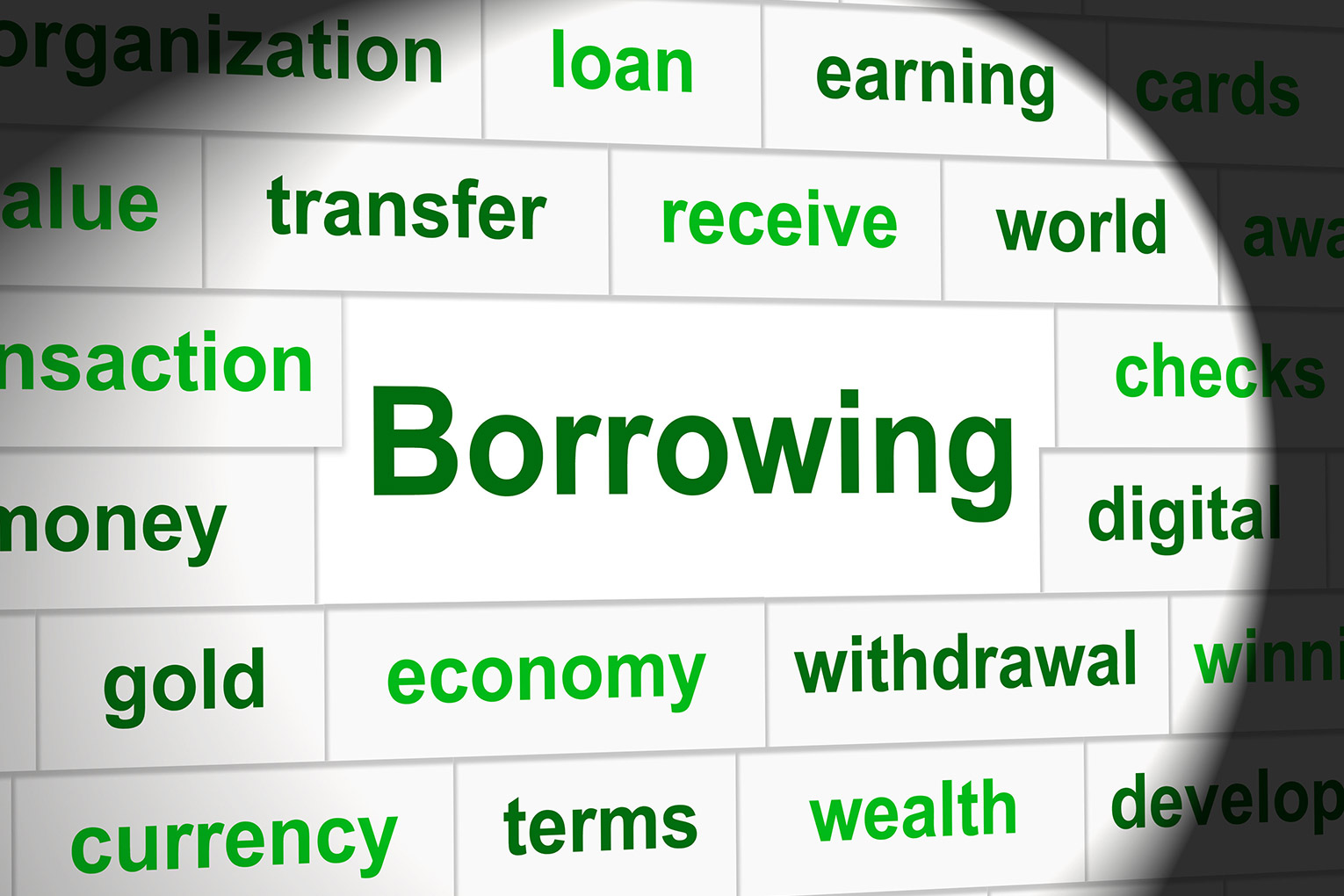 Among 20 other badly-affected nations, Egypt is securing the IMF USD 2.8 bn stimulus funding without the need to have a full-fledged program in place, Mohamed Rashed, professor at the Faculty of Politics and Economics at Beni Suef University, tells Invest-Gate.

Along the same lines, Financial Health and Institution Development Consultant Sayed Kassem acknowledges that the rescue loan will be allocated to industries hit hard by the Coronavirus woes, namely tourism, aviation, and medical sectors, with increased spending on social welfare and subsidy programs.

Likewise, the one-year IMF program will focus on structural reforms to remove constraints on private businesses. It aims to help plug payment gaps arising within companies as a result of succumbing to the COVID-19 disruption, Minister of Planning and Economic Development Hala El Saeed told the American Chamber of Commerce in Egypt (AmCham) on May 19, providing that repayment would be spread out over the medium term.

Perhaps most importantly, the RFI funding, says IMF’s Mission Chief for Egypt Uma Ramakrishna, will “ease the immediate balance-of-payments pressure and catalyze donor financing.” Meanwhile, the value of the SBA would depend on factors including the “strength of the macroeconomic policies,” alongside funds from various financial institutions as the country’s “external financing need is too large to be filled by any single source.” She also reckons, “It will require joint efforts by the authorities, bilateral partners, multilateral development banks, and of course the IMF,” according to Bloomberg.

When asked if Egypt can push through the outbreak without borrowing, Ali Abdel-Raouf Eledrisi, an economics professor at the Culture and Science City and the Arab Academy for Science, Technology, and Maritime Transport, points out that the COVID-19 pandemic has triggered a massive spike in uncertainty, underlining, “While assessing the economic impact of Coronavirus is essential, it is challenging due to the extreme speed with which the crisis unfolded.”

But the fact remains that the novel Coronavirus spell disaster for the Egyptian economy, which is going to be difficult to roll over. It is worrying to see public revenues dipping by EGP 75 bn, including a loss of EGP 65 bn in tax revenues, together with an EGP 44 bn increase in public debt, as a result of the crisis, Finance Minister Mohamed Maait officially announced on May 7. 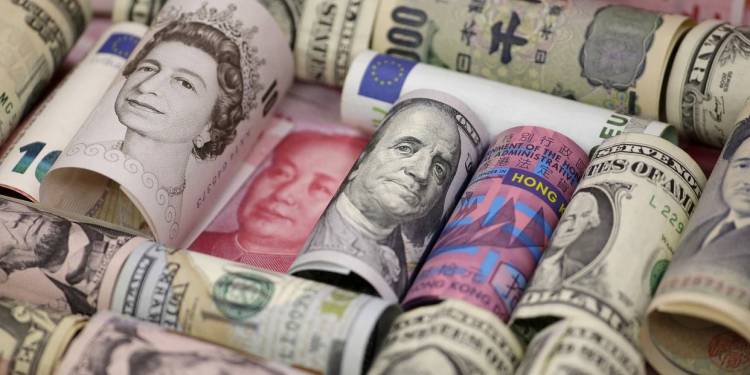 Nevertheless, the Central Bank of Egypt (CBE) confirmed a depletion in foreign exchange reserves (FX) to almost USD 37 bn in April from USD 40.1 bn in the previous month, representing a record low since January 2018 where it stood at USD 38.2 bn. Specifically, the bank used nearly USD 3.1 bn of its international reserves to accommodate for the domestic market’s foreign currency needs to import strategic goods, as well as for the repayment of external debt service obligations, according to a recent official statement.

Eledrisi pinpoints that this drastic drop in foreign reserves gives a negative outlook for investors, who are already starting to ditch riskier assets. “Therefore, accepting the IMF’s assistance, which is offered with no prior conditions, will be advantageous to relieve some of the pressure off the Egyptian economy,” the expert argues.

“Such loans bring forth fiscal flexibility, while also broadening the financial alternatives provided to decision-makers. In the same time, it will support the state in adopting an expansionary fiscal policy, in accordance with the CBE’s expansionary monetary policy, in a bid to create harmony between the performance of fiscal and monetary policies,” Beni Suef University’s Rashed elucidates, stressing that the adoption of expansionary policies guarantees a conventional boost to Egypt’s economic growth.

On the other end of the spectrum, Salma Hussien, an economic researcher at the Egyptian Initiative for Personal Rights (EIPR), draws attention to another aspect of the story. She somewhat deems the recent plunge in FX as a hedge against currency depreciation. This will reflect on exchange rates and will lead to cost slashes, the professional highlighted during a recent webinar hosted by the American University in Cairo’s (AUC) Law and Society Research Unit.

However, the CBE cannot underpin sagging reserve levels for too long, considering debt repayment due this year, which is estimated at more than USD 10 bn, according to the World Bank. Conversely, challenges suggest that foreign exchange inflows must be bolstered for providing vital support to Egypt’s economic development.

This Too Shall Pass… 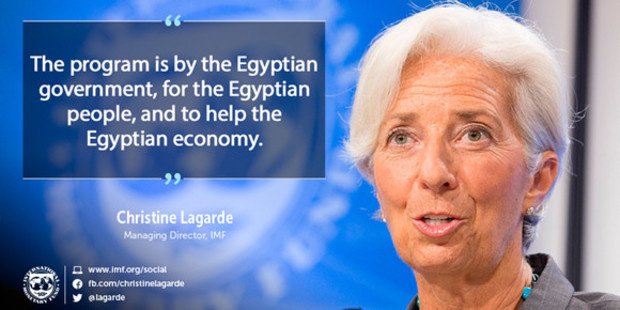 Interestingly, when asked if Egypt’s debt bubble will burst, analysts were optimistic, referring to Egypt’s success story of emerging from a sweeping USD 12 bn IMF-backed bailout program last year. They agree that the impressive gains the country has been able to reap under the rigorous three-year economic reform plan should be a strong incentive to get hold of such borrowings.

Better yet, Kassem sees the IMF approval on Egypt’s standby loan, in no time, as another complimentary credit to the Egyptian economy and its ability to pay off debts, not to mention the country’s successful economic reform program, supported by the IMF’s Extended Fund Facility (EFF).

“The COVID-19 pandemic is not just a health emergency, but also a socio-economic crisis provoking severe economic turmoil and raising fears of a collapse of Egypt’s hard-won macroeconomic stability if not addressed. Indeed, external funding marks one of the ultimate financial-risk mitigation solutions,” Kassem explains.

The crux of the matter is that there is no moral hazard in using the available tools that allow for flexible approaches to equilibrium and economic stability, especially at such challenging times. People may not know exactly where the current crisis will lead, for Egypt, the world economy, or anything else. But one thing seems clear in the languages of the financial crisis: Borrowing will not stop.