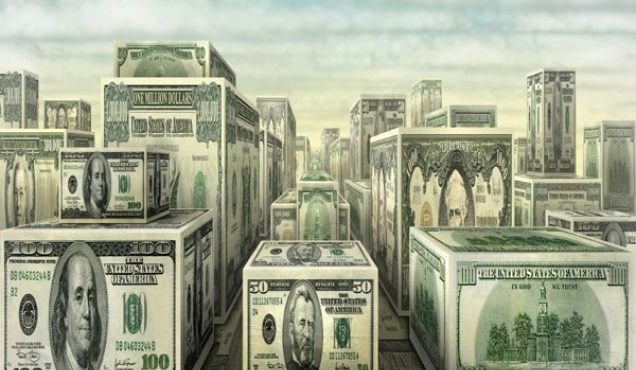 As the prices of construction materials spiked by 40% amid the challenging economic conditions that defined the past months following the float of the EGP, costs of building rapidly increased, leading to the need for legislation compensating contractors as FX losses magnified. Invest-Gate looks into the newly drafted Compensation Law.

In recent weeks, the House of Representatives has been tweaking the compensation law, which was expected “to be issued and approved by cabinet within 10 days,” Head of the Parliamentary Housing Committee Alaa El Waaly told Invest-Gate on February 6.

The still pending compensation law came as a demand in response to the new economic circumstances that forced some developers to increased the prices of their projects by 25% to 30%. Developers and contractors have been given an extension period of six months by the Ministry of Housing, Utilities, and Urban Communities to finalize their projects.

“The market is currently stagnant therefore the compensation law comes as a solution that will allow companies to carry on with their projects and services…labor works will increase and be part of a sustainable cycle to revive the market once again,” El Waly added.

“Other factors determine the price of building materials, such as supply and demand–companies for example that have currently postponed the construction of their projects, which contributed to a decrease in demand that inevitably caused the prices of construction materials such as steel to slightly decrease,” EFCBC’s Media Advisor Bedour Ibrahim told Invest-Gate.

The drafted compensation law includes four articles. The articles state that a committee will be  deciding on the suitable compensation rate for companies and forming a technical secretariat to follow up on the committee’s performance.

The remaining articles state that the committee should  issue a report to be approved by cabinet within three months, and that Minister of Housing Moustafa Madbouly is the only person entitled to executive authority following the approval of the act.

“The law is definitely positive as it will allow companies to expand their projects and it provide liquidity in companies’ capital,” Real Estate Consultant at ERA Egypt Mohamed Yehia said.

A compensation committee will be led by Madbouly and will include representatives from the ministries of defense, finance, electricity, transportation, planning, CAPMAS, the Egyptian Federation for Construction and Building Contractors (EFCBC), and head of the National Company for Construction and Development (NCCD).

The committee plans to separately compensate each company in 2017 based on the project’s type and volume, as well as costs incurred in construction process, referring to monthly reports conducted by CAPMAS on the increasing rates of materials, along with the effects of the VAT and FX losses. The committee would issue a report every three months to cabinet to carry out an executive order of compensation, according to the State Information Service.

Ibrahim refers to rural sanitation projects as an example of a contract that should be compensated separate to others as it uses significantly more costly, imported materials.

Part of the compensation includes a fixed percentage of the contract’s value, while the other part will be determined through mechanisms placed by the committee following cabinet’s approval of the law.

Several amendments are currently being discussed within the parliament’s Housing Committee, including adjustments to the first article to have an addition about compensating contractors from March 2016 rather than from November 2016.

The suggested amendments have unleashed controversy, with some members of parliament stating that compensating companies from March rather than November will further burden the state’s budget. Additionally, rejections would unnecessarily delay projects and cause losses to contracted, representative of Egyptian Liberals in Parliament Alaa Abed noted.

Further suggestions included turning the committee into a permanent one with an office at the Housing Ministry to decide on compensation rates, set disciplines on contracts, deal with contracts of special cases, and deal with any financial disturbance within contracts.

“Turning the committee into a permanent one remains a debate between parliament and the government until this moment; however, in both cases the committee will always carry legislations in the case of any future disturbance in financial contracts,” El Waly adds.

Although the committee’s future remains up in the air, Ibrahim believes that having a permanent committee is needed to protect interests of companies from price hikes expected to occur again in the upcoming period.

This period of time that will be taken to form the committee again will penalize companies, delay projects, or face the threat of bankruptcy.

Yehia seemed to have a different opinion about the duration of the committee’s existence, as he  stated that a temporary law would be best, in avoidance of contractors potentially demanding exaggerated compensation costs.

Legislation regarding compensation had been previously in 200-02 due to a dollar shortage at the time as the USD:EGP exchange rate spiked to USD 4.5 per EGP 1 from USD 3.4 per EGP 1. However, the government was unable to compensate any companies as it was operating by the law 89 of 1998 which discussed the regulations of tenders and auctions only and didn’t include articles about compensation which resulted in delay of projects .

EFCBC had previously sought to amend one of the articles in law 89 regarding regulating tenders and auctions.

The suggested amendments include the government’s role in operating through balanced contracts that compensate contractors immediately in case of price increases as opposed to regulating through tenders and auctions, added Ibrahim.

“This suggestion was made by the federation 10 years ago in collaboration with the Finance Ministry and still awaits cabinet approval until this day,” Ibrahim adds.

Companies and contractors await in anticipation for the law to pass in order to receive their compensation. However, the actual execution of the law remains ambiguous and the future of some projects remain unclear.