Over the past few years, it was quite hard to track the real estate market trend lines and constantly changing dynamics. Whilst not enough data are released on the changes of the Egyptian property market with a rigorous analysis of the country’s consumer behavior, developers and industry leaders have always been keen on gauging the buyers’ tendencies and preferences, aiming to develop a full understanding of their attitudes and motives; such factors should be borne in mind while setting out effective marketing or sales strategies.

Coinciding with its second anniversary, Invest-Gate delves into the consumers’ interactions with the rapid market moves, showcasing selected figures and data, while pinpointing the most significant characteristics of the Egyptian buyer behavior and recent real estate market trends.

Generally speaking, the Egyptian consumer behavior has witnessed violent swings following the currency devaluation and monetary policy decisions made by the Central Bank of Egypt (CBE) as of 2016, with demand on properties remaining firm despite the lessening consumer purchasing power and income level.

In a previous interview with Invest-Gate, Chairman of Sabbour Consulting Hussein Sabbour said,

“I am not worried at all about our real estate market because of the ongoing demand given the country’s demographics. This business can drop at times, but there will always be a demand on real estate.”

Amid a high demand on real estate products, consumers’ activities and tendencies were the main drivers of the government and private sector decisions over the past four years. To fully comprehend the consumers’ attitudes, we should first catch a glimpse of the market’s segmentation and demographics.

The majority of active homebuyers among the B and C classes, for instance, are aged between 30 and 50 years, while the most active buyers, belonging to class A, are a bit older. This can be explained when recognizing that the number of annual marriages has exceeded 900,000 over the past three years, and almost all of the newlyweds are looking for new residences.

In terms of social classes, Invest-Gate’s R&A team found that the lower-income category generated a buoyant demand on residences of Cairo and Giza, accounting for an approximate number of around 167,700 units during FY 2017/18, and outstripping the middle and upper classes, whose demand was estimated at 66,100 units.

Additionally, previous findings by Invest-Gate revealed that the Egyptian market’s low- and mid-income segments, in particular, are heavily undersupplied, generating a housing gap of around 3 mn units. For this reason, the government strives to intensify its efforts to provide residential units for lower classes, allocating around 90% of the country’s housing budget to the social housing schemes. 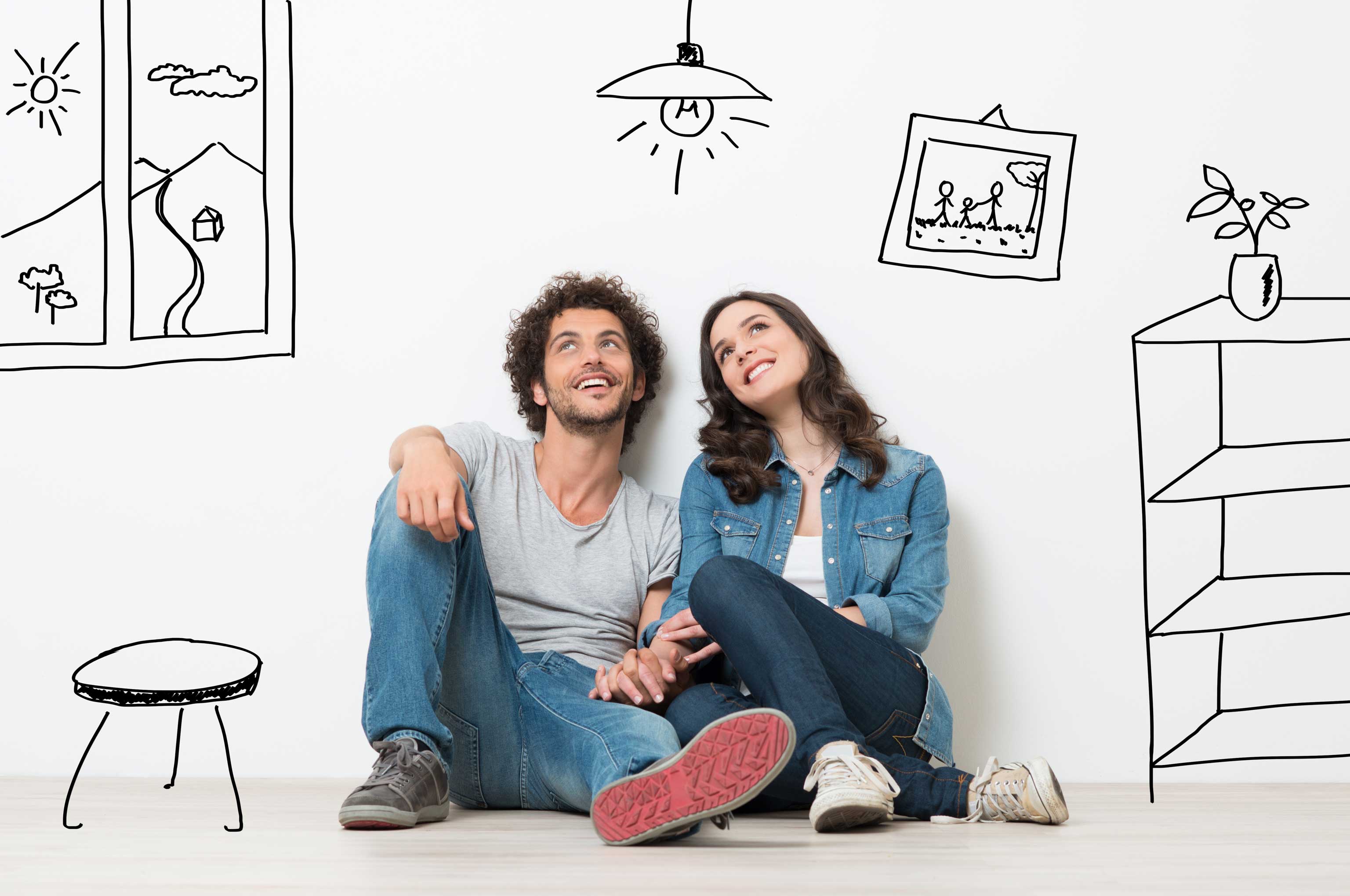 Considering some demographic facts, coupled with the economic circumstances, and other internal and external determinants of the human behavior, purchasing decisions in such high involvement products gradually became very complicated and urged consumers to conduct a careful investigation and make a detailed comparison before going ahead with any deal.

Buyers are now aware of how everything goes in the market and they build their reasonable choices on a wide knowledge of every detail about the units.

Accordingly, it has been found that the main objective of buying homes in Egypt across all classes is for investment purposes, followed by relocating or acquiring a first home, while other reasons like upsizing or buying a coastal or second home were much less favorable among consumers.

Back in February 2018, Invest-Gate figured that around 60% of units sold in the New Administrative Capital (NAC), for example, were bought for investment, while the real demand accounted for only 40%. This gives a clue about the mindset of the Egyptian consumers, who still perceive buying a housing unit as a safe haven and prefers the property industry over other investment options.

Consumer activities vary across the real estate market’s sub sectors. Since the EGP Flotation back in 2016, the industry’s sentiment has been highly volatile, with dealmakers instantly and robustly reacting towards the sudden and radical changes in the market. 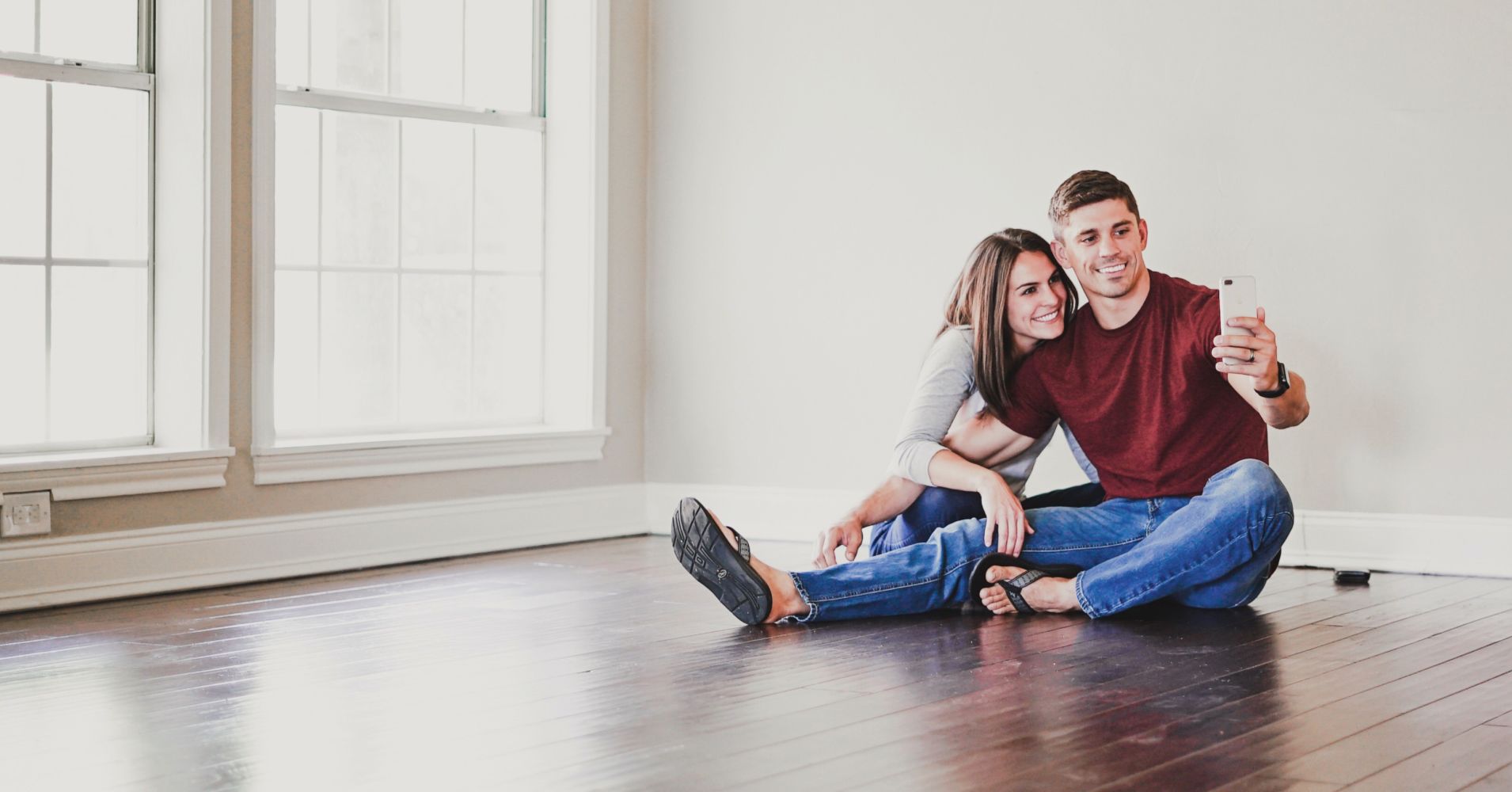 The economic conditions must have influenced buyers’ trends in the residential market over the past years. In fact, the currency devaluation had a positive impact on clients’ attitudes and accelerated their buying decisions, driving further growth in the primary market. With prices rising rapidly, homebuyers started to realize that it is always better to purchase now rather than later.

Since 2016, resale activities lost ground against the primary market, which has witnessed an increasing local demand due to the extended payment facilities and other benefits developers began to offer to attract more investors.

Unlike the resale market, which calls for 100% cash-up front, flexible payment terms – that require minor or even zero down payments and extended installment plans, along with the provision of smaller-sized units, acted as developers’ effective strategies to lure buyers and boost demand in the primary market.

The slowdown seen in the secondary market can be further attributed to the market’s forecast of new offerings at more competitive prices in the short run.

On another note, the rental market has flourished and promoted itself as a perfect alternative for the primary market, especially for the lower category of buyers, who can not afford buying a house, giving them some relief from decreasing affordability levels.

It has been indicated that a soaring demand on rental properties can be witnessed in specific locations such as Mohandeseen, Maadi, 6th of October City, and New Cairo’s El Rehab and Madinaty – with workers operating in these areas incapable of purchasing a house in these high-priced neighborhoods and opted for the rent option instead.

As a matter of fact, JLL’s latest report indicated that 6th October City marked the strongest performing rental market in 2018, with an increase of 17% and 14% in apartment and villa rent rates, respectively. 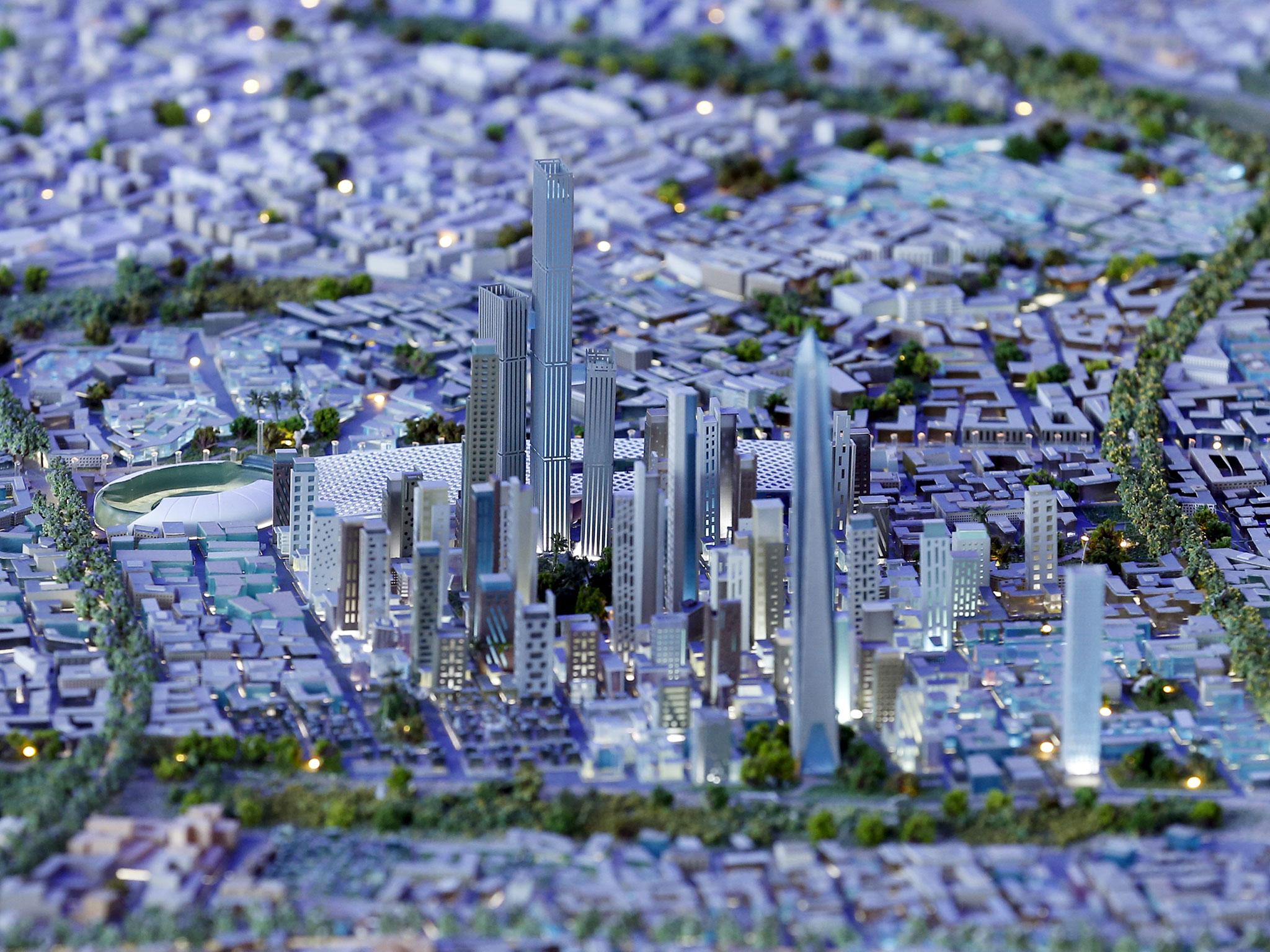 Picking the right location for residence is undoubtedly a number one priority for consumers. Some specific locations have established themselves as luring real estate investment destinations and stood out among others.

For example, a shift towards units in west Cairo is looming, given the easing competition in this area and much lower land prices versus the excessive supply and rising prices in east Cairo.

On top of the recent market trends, the new cities come as a plot twist in the Egyptian real estate scene, with the government proceeding with plans to establish and develop 20 new cities. Such move was well-perceived among homebuyers, who shifted their demand to these promising spots, including the country’s unprecedented and one-of-a-kind national project of the NAC.

Some Young homebuyers earlier told Invest-Gate that they prefer to live in dwellings located at the new cities such as Mostakbal City, NAC, New Alamein, and New Mansoura for they are fully-fledged and more secure, in addition to being deemed a good investment opportunity.

In fact, each consumer has his/her own preferred locations; those looking for rent, for example, are mostly concentrated at locations like Maadi and 6th of October City, while second-home seekers go for Ain Sokhna and the North Coast rather than other coastal cities due to several reasons, including their closeness to Cairo, and the relatively reasonable prices of units being offered and their continuously appreciating values.

Other Markets Gaining Ground In Egypt

During the past four-year period, an increased investor confidence has been particularly witnessed in the commercial, retail, and office markets. When it comes to the commercial market, fresh office market trends and latest retail developments should come into play, reflecting the consumers’ most active tendencies and contributing to portraying the full image of the country’s property market.

Such growing supply was met by a significantly increasing demand, as average retail rents have surged by around 10% in 2018. A continued rise in demand is highly anticipated with consumers benefiting from an increased number of choices and developers offering more developments with different retail approaches.

Office market was no exception. The subsector maintained an extended growth at a healthy pace as demand for completed space was driven by the relocation of local businesses and continued demand from multinational firms. The massive number of investment under way also suggests a higher demand during the upcoming period.

As part of its vision to heed the changes seen in the various markets within the real estate sector and to scout the fresh trends emerging among both developers and consumers, Invest-Gate earlier found that there is a slight expansion in the retail and office supply, in addition to an increasing strong demand towards the commercial sector.

After all, commercial real estate, together with retail and office markets, mark a reliable indicator for the market sentiment with new trends emerging, such as co-working spaces and medical developments, saying a lot about the consumer behavior and paving the way for developing companies to incorporate new approaches and strategies.

Generally speaking, one must savvy that consumer behavior can get affected by multiple aspects, including internal and external determinants. Hereof, Invest-Gate attempts to illustrate such factors, and their impact on investors’ decisions: 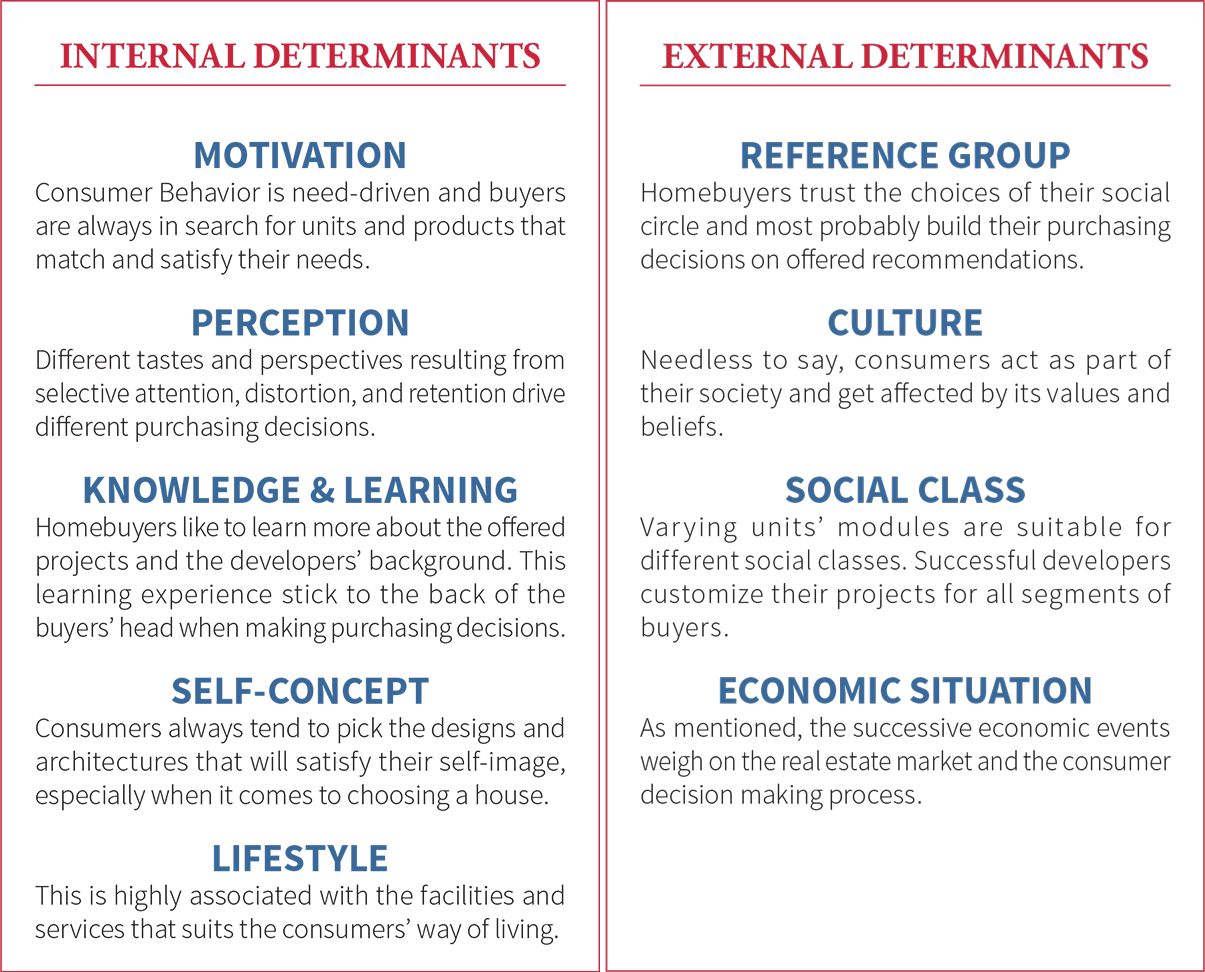 Let’s Get This Straight

In conclusion, the consumer is always the key game changer in the real estate industry and Invest-Gate reckons that catching up with the consumption habits and trends is the most successful approach market players can follow.

While a number of market trends are now being widely discussed across different levels, new and emerging trends that are not yet popular in Egypt should be carefully eyed, as they are expected to gain momentum in the coming years. Meanwhile, developers must consider consumers’ preferences in their long-term strategies, only if they want to address the highest number of clients.

Read more about the consumer behavior and market trends on pages no. 38-41 of our April issue.