Ghozzi notes that Egypt Gate is an opportunity for visitors to choose among many real estate products and make use of exclusive offers and facilities.

During the exhibition, Invest-Gate conducts interviews with a number of real estate developers to know more about the existing projects and the offered facilities, in addition to the importance of launching the exhibition at this time of the year, and exhibitions’ role in boosting sales in the real estate market.

Sherif Hamouda, chairman of GV Developments, says, “Egypt Gate is one of the important exhibitions carried in Egypt, with the presence of major developers who offer their projects. The exhibition also contributes to showing the real estate situation in Egypt and introducing the urban development that Egypt is implementing to export real estate.”

In the same vein, Hassan Ibrahim, vice president of GV Developments, indicates that the timing of Egypt Gate Expo is very important, especially with the beginning of the summer season and the high demand for projects in the North Coast. Further, the exhibition allows customers to know the price after the latest rise in the interest rate. He notes that the company did not exaggerate the increase in prices, and just covered the construction costs.

Ibrahim adds that his company is showcasing a number of projects during the event with different payment methods, fitting most of the customers. These projects are: Times Square in Port Said, which is 1,200 fully-finished housing units containing administrative and commercial areas, and a commercial mall, and Tarboul Industrial City, which is a national project in cooperation with the General Authority for Construction and Housing Cooperatives, in addition to the White Sand project in the North Coast, which sees a great demand of customers.

For his part, Haitham Ahmed, sales manager of AGEC Developments, confirms that the exhibition allows customers to know about the various projects that are offered by major development companies, expecting a huge turnout during the event.

ATRIC Developments CCO Mohamed Khattab confirms that Egypt Gate Expo kicks off at a special time with the beginning of the summer, which sees a high demand for purchasing. On the other hand, real estate exhibitions are an opportunity for direct communication with customers and showing advantages in every project.

“At Egypt Gate, ATRIC Developments presents two projects, BOHO ELSOKHANA and Boardwalk New Capital. Also, the company expects a strong turnout during the exhibition period, due to the projects’ superiority and the exclusive offers rolled out,” Khattab believes.

Additionally, Ahmed Fouad, CEO of DeveloperX, states “The company participates in the exhibition with Bianchi project in the North Coast, Muse the strip and Muse el midan projects in the 5th Settlement, Ourika and Marrakech projects in Sheikh Zayed, and KOP project in the 3rd Settlement.”

It is worth mentioning that Egypt Gate Expo is an opportunity to get familiarized with the major real estate developers in the Egyptian market and the Middle East, such as: Emaar Misr, Al-Ahly Sabbour, Madinet Nasr Housing and Development (MNHD), Ora Developers, Waterway Developments, Tatweer Misr, and GV Developments. The event hosts around 25,000 visitors during the exhibition period, according to Egypt Gate Expo website. 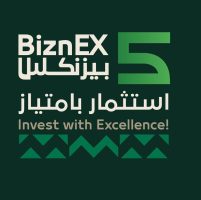 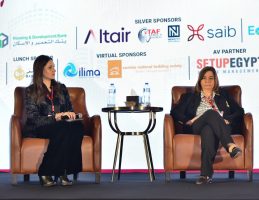 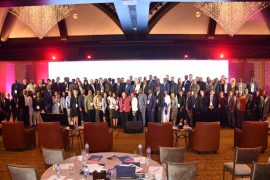