Egypt To Put a Law Into Action 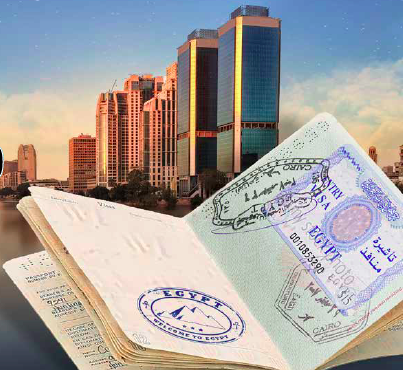 The government has already taken many steps to lure foreign investment to Egypt, setting laws to facilitate ownership of real estate properties and obtaining residency permits. Morgan-Lister is not out of the ordinary. She is among many foreign retirees who have packed their bags and moved from their countries, where it is cold and dreary, to sunny Egypt. (You can read more about Morgan Lister’s move to Egypt as a foreign homebuyer here )

“Egypt has taken several decisions, including the new investment law approved by the parliament, as well as the government’s decision to grant foreigners the right to buy a property and obtain a temporary residency,” Mansoor Ahmed, director of development solution, adds.

Foreigners can not generally purchase more than two units, which do not exceed 4,000 square meters each. The purchase must be approval by the Cabinet and this usually takes approximately two months, according to Colliers International.

The amendment is yet to be presented to the parliament and then ratified by the president, according to a cabinet statement. 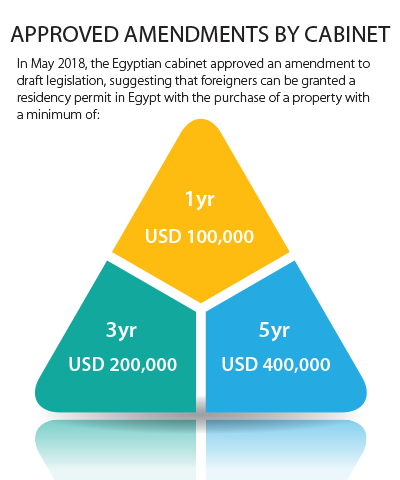 Fawzy says that the government should work on the residency law, which is pending approval by the parliament, because the foreign buyer will not live in Egypt with a tourist visa.

Back in 2013, Greece launched the lowest investment level of real estate residency visa scheme in Europe, called “Golden Visa” program to attract investments. The program grants permanent residency for those who invest a minimum of EUR 250,000 (USD 297,022.50) in residential and commercial real estate market.

In Portugal, family including dependent children can obtain residency permit by purchasing property worth EUR 500,000 (USD 594,295) or EUR 350,000 (USD 416,122) in specific cases. Consequently, investors can then apply for permanent residency after five years, and citizenship after six years, according to Golden Visas website.