Property market is one of the few sectors that has proven to be a safe bet against the uncertainty and instability following the 2011 political uprising of Egypt. However, as the market’s resilience is still challenged by many difficulties across the board, and investors remain jittery about the Egyptian economy in general, and real estate sector in specific, Invest-Gate lists the opportunities and challenges facing any investing developer in the property market today.

Following the 2011 revolution, the Egyptian government has been employing continuous reform strategies to stimulate the business environment, while wielding ample efforts to enhance the country’s real estate sector. In fact, the property market is one of the fastest growing sectors in Egypt, with total investments reaching peaks of around EGP 80.45 bn in FY 2017/18, an increase of 44% from EGP 55.93 bn in FY 2016/17. Notably, private investments in the sector almost doubled to EGP 62.57 bn in FY 2017/18, compared to EGP 31.43 bn in the prior-year period. 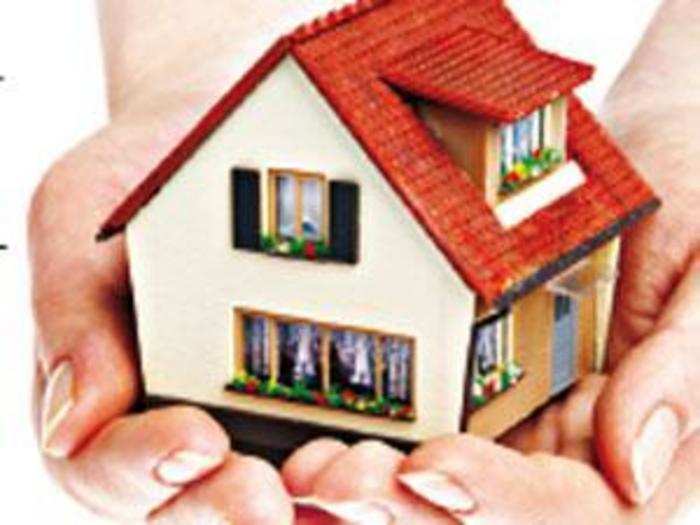 The general long-term demand drivers look positive despite the increased tendency toward speculation at the higher end of the market, making it attractive to residential and non-residential real estate developers.

The country was home to nearly 96.3 mn in early 2018, with 42.6% of them living in cities, based on figures released by Egypt’s Central Agency for Public Mobilization and Statistics (CAPMAS) in July 2018. Also, the agency’s census figures show that annual marriage contracts recorded 912,606 in 2017. This coupled with the widespread notion of real estate being a safe value, create a strong demand for property, especially in the largest cities.

The flip side of that is divorce: if a couple splits up, one of them at least will need a new home. CAPMAS’ latest census reported 198,269 divorces in 2017, with the most common age for divorce averaged between 30-35 years old. Additionally, expats represent a possible demand, with their remittances soaring 3.1% to USD 25.5 bn in 2018, up from USD 24.7 bn in 2017, according to official figures released by the Central Bank of Egypt (CBE).

On the other side of the coin, CAPMAS’ latest figures indicate that the number of units built reached 317,200 units in FY 2016/17, compared to 263,500 units in the prior year. As a matter of fact, this implies that there is still an imbalance between supply and demand in Egypt, giving room for developers to offer more units in the market. 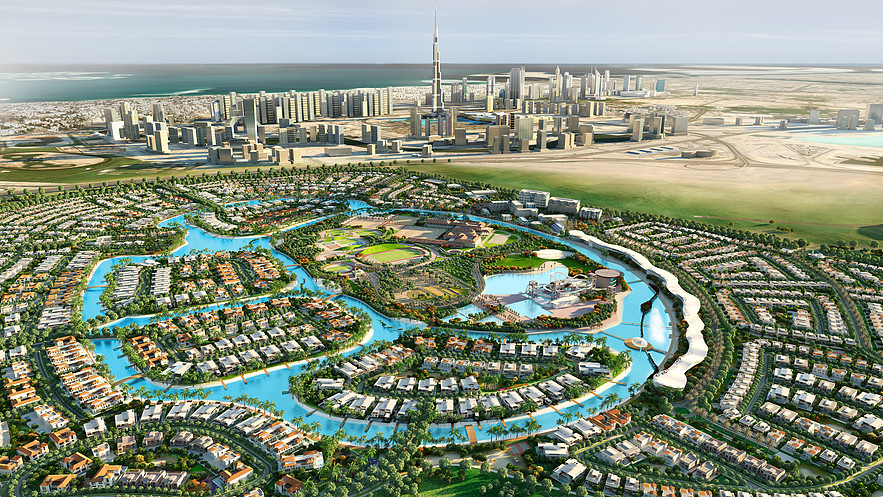 Nowadays, investors do not only have the suburbs of Cairo on its eastern and western borders for business expansion, but an array of new cities were recently introduced to redefine the new map of Egypt. Back in September 2018, the New Urban Communities Authority (NUCA) revealed its ongoing plans to develop 20 new cities of the fourth generation on a total of 580,000 acres to accommodate 30 mn citizens.

In Invest-Gate’s interview back in February, Waleed Abbas, assistant minister for community affairs of NUCA, confirmed that work in those 20 new cities is underway and “[the authority] will inaugurate the first phases by the end of 2019.” Those new cities include New Administrative Capital (NAC), New El Fashn, New Mallawi, West Nasser, West Assiut, New Sphinx, New Obour, New Alamein, and New Mansoura cities. 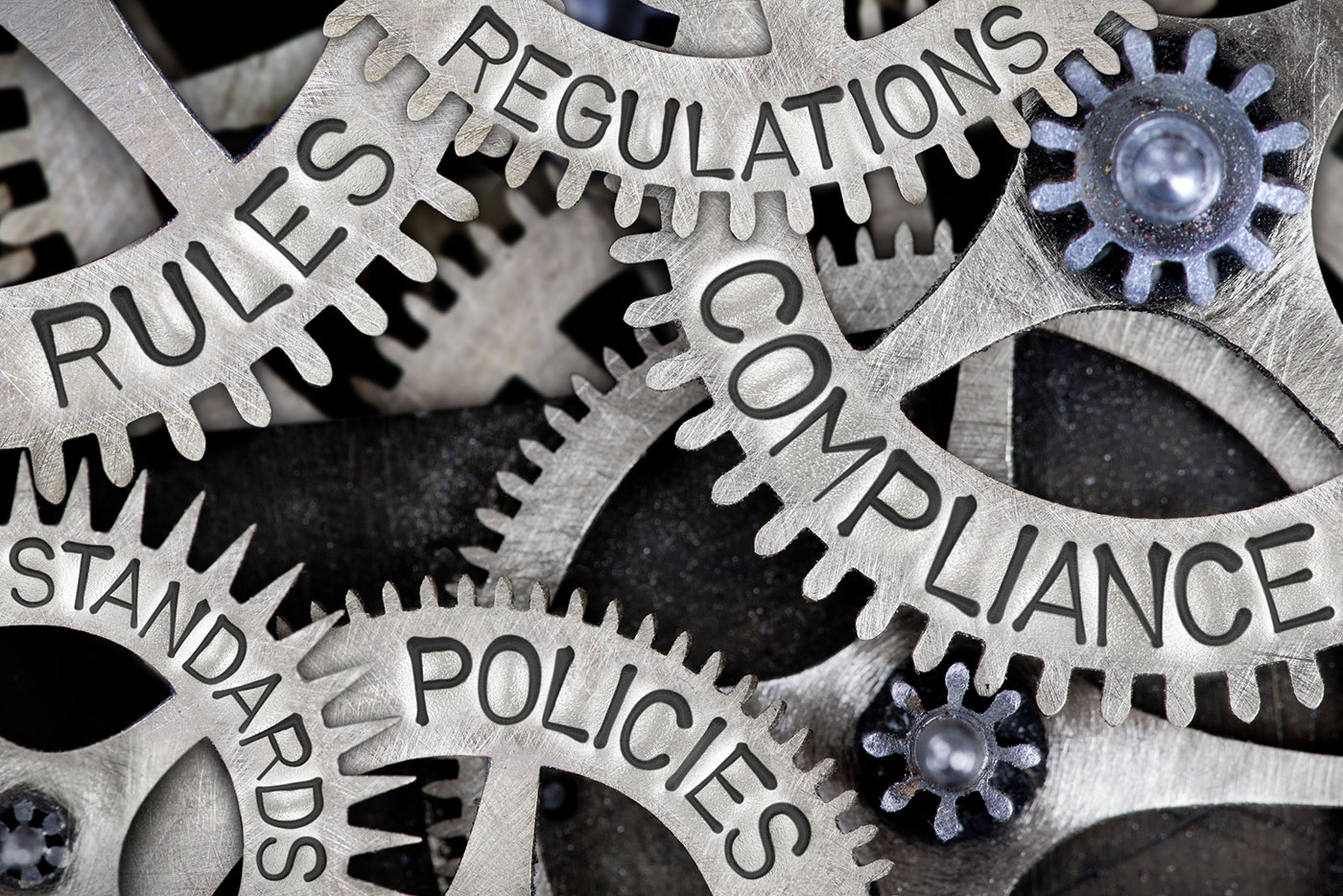 The government has embarked on a reform agenda supported by the International Monetary Fund’s (IMF) USD 12 bn loan package, which was approved back in November 2016. One of the first steps was the issuing of Law No. 72 of 2017 – known as the investment law – in May 2018.

The new legislation provides various incentives, including tax deductions for investments in underdeveloped areas, subsidies for industrial land acquisition, and the restoration of free zones for the private sector. The law also aims to streamline and ease the investor’s business and promote further real estate investment by speeding up the allocation and issuance of the required approvals, permits, and licenses.

In February, Khaled Abbas, deputy housing minister for national projects, announced in an official statement, “There is a progress in issuing licenses and ministerial decrees for any real estate project.”Additionally, the parliament is also working on a new law that would regulate the real estate development activity by clamping down on wildcat developers, creating a state-sponsored/ sanctioned federation for developers, and setting up a fund to hedge against sector-related risks – all to keep real estate deemed a safe haven.

The state has been working closely with the private sector on boosting and promoting its properties abroad, while aiming to achieve “a total USD 4 bn of real estate exports within three years,” Abbas revealed during Invest-Gate’s “Branded Residences and Hotel Apartments Roundtable” on January 30.

On top of that, for the first time in the country’s history, the state and private real estate developers joined forces under one pavilion and have been touring since last year a number of regional and international exhibitions, including Cityscape Global and MIPIM 2019, to promote real estate products abroad, while marketing the country as an optimum investment destination in Africa.

On another note, Egypt has been holding its own exhibitions that are solely devoted to marketing Egypt-based real estate products to external markets, such as Egypt Property Show (EPS) in London and Nile Property Expo in Abu Dhabi, which contributed to sales worth EGP 1.1 bn in three days only in 2017. 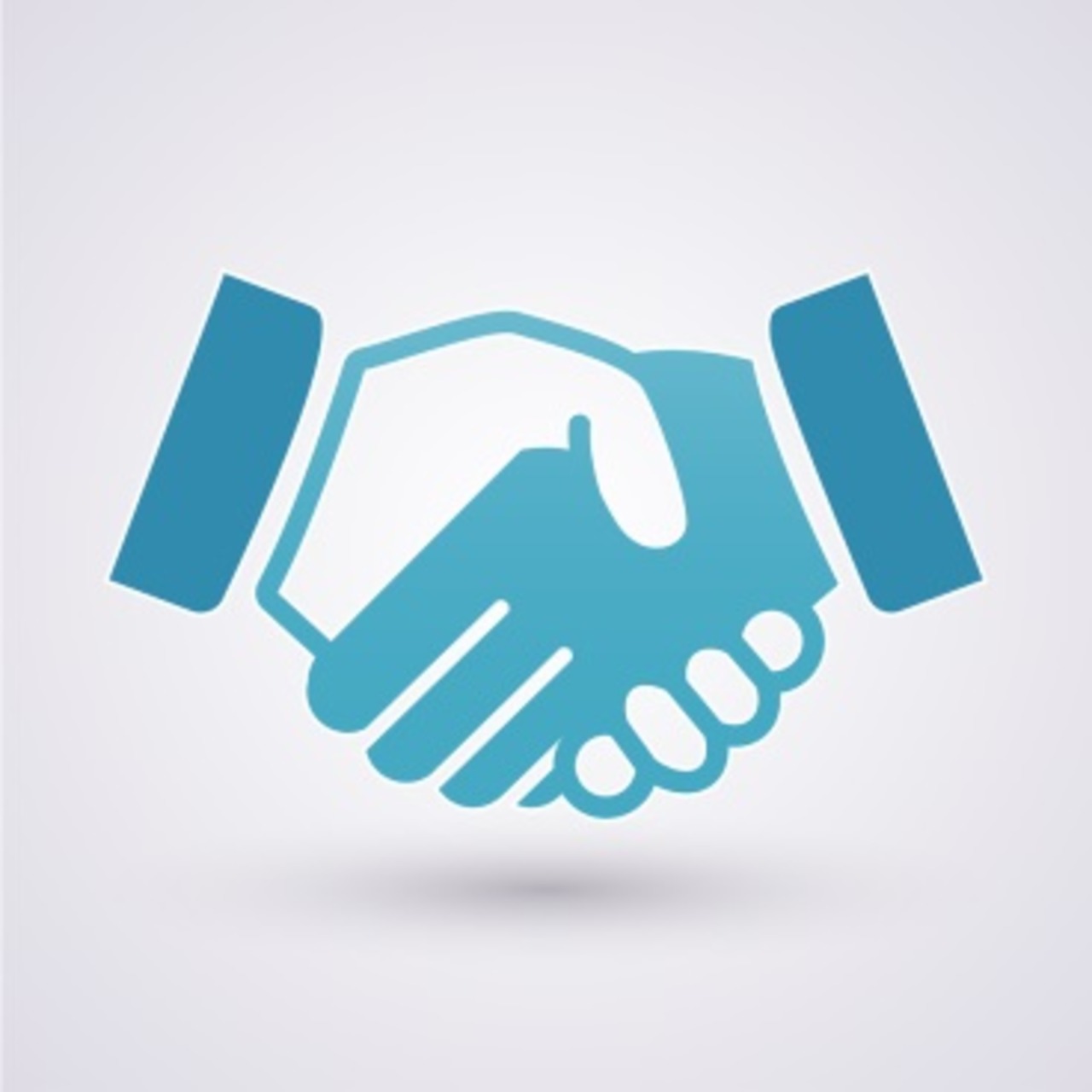 To promote and increase the private sector’s involvement in the country’s economic and social development, the government, represented by NUCA, started to offer lands for co-development under revenue sharing agreements with private developers – or public-private partnerships (PPPs) – in exchange for a share of revenues or in-kind share.

The first PPP phase included signed agreements for five land plots with a total area of almost 5,027 acres, while the second phase witnessed the allocation of around 2,568 acres. As for the third phase, the government plans to offer 20 land plots in nine of the new cities.

This mechanism proved successful and helped developers increase their supply, offer better prices, and target a wider base of clients, while lessening the financial pressures of land prices on developers’ budget. 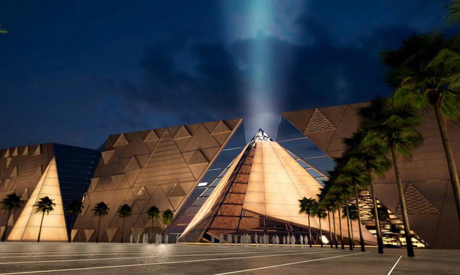 Egypt’s tourism figures are showing signs of recovery, backed by enhanced security and an increase in tourist purchasing power after the EGP Flotation. The government’s official figures show that tourism revenues jumped by 123% to USD 9.8 bn in FY 2017/18 from USD 4.4 bn in FY 2016/17.

Overall, the sector is expected to witness further positive performance with remarkable new openings such as the Grand Egyptian Museum and Sphinx International Airport, which will further facilitate internal flight traffic and provide easy access to tourism destinations.

This should reflect positively on the real estate sector by encouraging new investors to enter the market, while prompting current developers to diversify their portfolio and expand outside the residential sector into the hotel sector.

On another note, integration of tourism and leisure resources into real estate projects do not only raise the value of surrounding properties, but also the type of clientele they attract – a game-changing strategy that the government and developers have recently turned heads to. Another benefit is that it helps turn the coastal areas into all-year-round destinations, which is the ultimate goal the government strives to achieve to further boost tourism. Developers are still struggling with the sky-high land prices offered by NUCA as it burdens their fiscal budget and projects’ feasibility, while putting strains on profitability. Shortage of affordable lands also made it less viable for developers to make money on low-end developments.

The rise is mainly driven by many factors, including the cost of lands’ public infrastructure. In addition, the developers’ high competitive bids on the lands offered by the government under the PPP scheme further raise the ceiling of land prices.

Other contributors include the rise of construction materials, with the same percentage of inflation increases. This raises questions on the developers’ ability to pass these new price hikes to end-customers and maintain their profit margins. 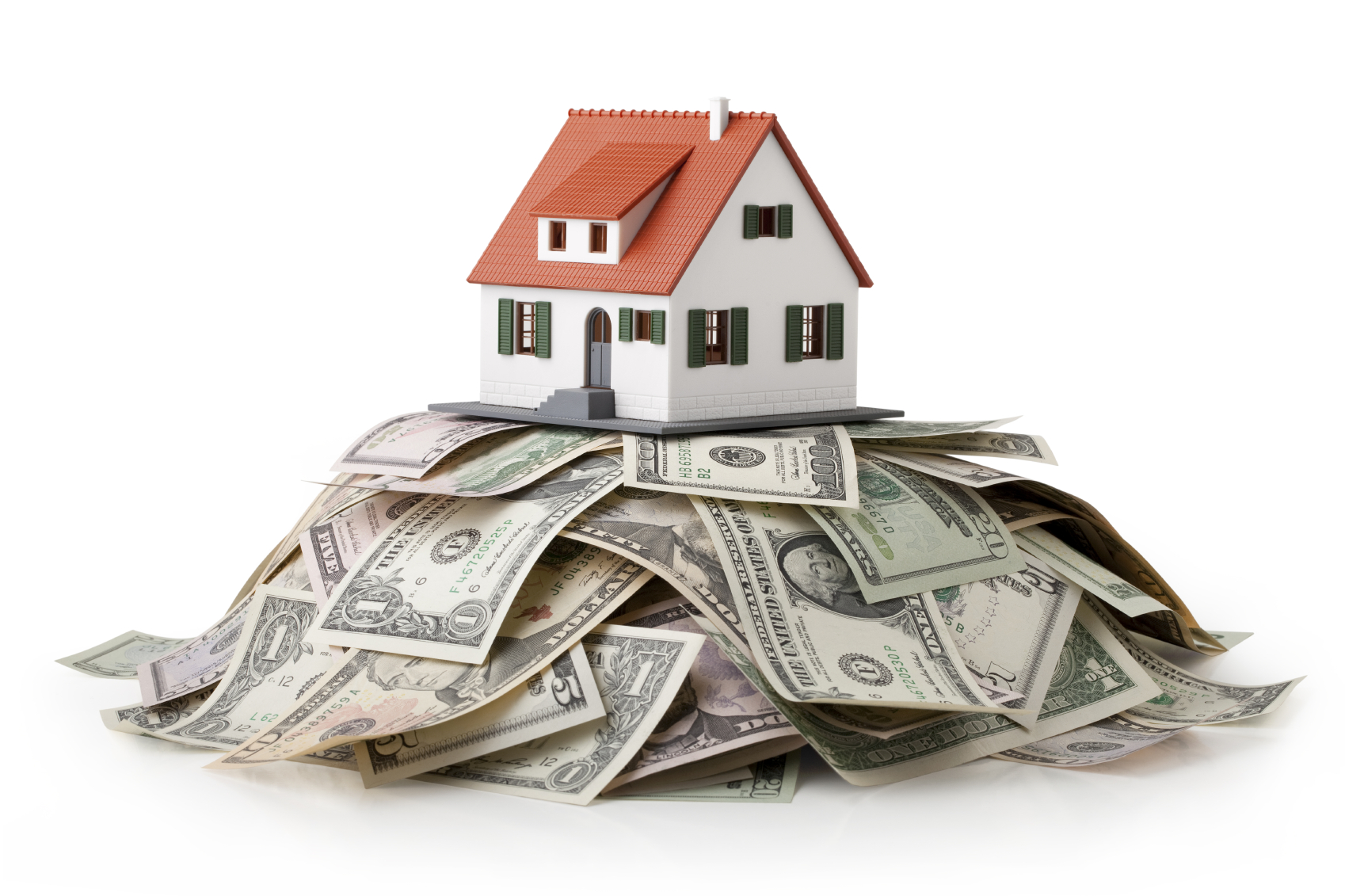 In February 2014, the CBE has launched the mortgage initiative with intents to offer long-term financing of up to 20 years, with an interest rate of 5-7% for low-income and 8% for middle-income housing, before later introducing an upper-middle category with an interest of 10.5%.

The CBE allocated EGP 10 bn for the initiative’s first phase in 2014, and then brought the total financing to EGP 20 bn in 2017. However, in early 2019, the central bank has decided to limit offering mortgage finance to low-income citizens only, providing them with interest rates of 5-7% for a maximum period of 20 years.

Although the government has been taking measures to support the growth of the mortgage industry, yet there is low penetration in the home financing segment due to mortgage providers’ inability to tap into the middle- and upper-income brackets.

This makes the developers play the role of the bank in many cases in terms of providing financing facilities to its clients, such as low or zero down payments, and extended payment plans of up to 12 years with minimal or no interest rates in some offers. In return, this partially affected the developers’ liquidity, and thus, projects’ execution progress and deliveries, as well as, expansion plans.

On another note, most developers are now dependent on self-financing their projects through off-plan sales due to the high interest rates.

The macroeconomic environment is still influencing the real estate developers in Egypt. There are instability and slowdowns in the consumer purchasing power due to complications that have arisen from currency depreciation and cuts of oil, electric, and gas subsidies.

Compounded by the government’s decision to reduce fuel subsidies under the 2016/17 budget, a hike in real estate prices by an average of 15-20% has been witnessed, the same percentage rise of inflation rates.

In this regard, building for the low-income class at a profit remains a challenge for developers, and thus, most of them started to compete to cater to the upper segment of society, which only accounts for 14.1% of Egyptian population, calculated based on segmentation of electricity users by consumption levels as published by CAPMAS’ 2017 data.

In conclusion, the government puts numerous plans on the table that are aimed at solving such issues, yet they are likely to persist in the short term. For these challenges to unfold sooner, the private sector needs to work more closely with the government and in line with its vision. Joint efforts shall be directed toward several ranges, including the availability of affordable lands for private developers, enhancing access and efficiency of mortgage finance, and facilitating funding solutions to guarantee more sustainable options for investing developers.

Read more about the real estate’s opportunities and challenges on pages no. 26-28 at our April issue.