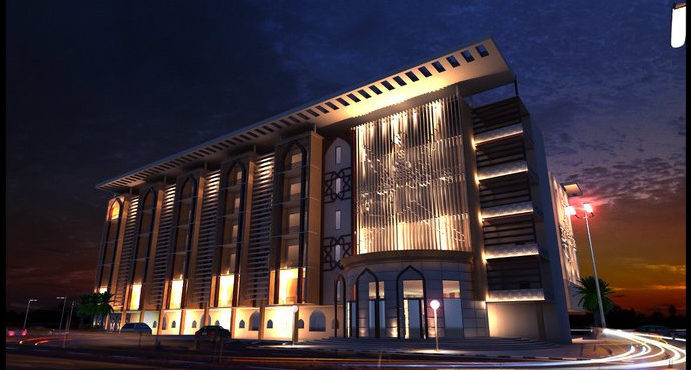 Egyptian young architects are coming up with smart solutions and innovative ideas to modernize today’s construction sector and turn the country’s industry green. Some of those architects gathered at the BATIMAT and Projects Summit 2017 exhibitions earlier in March 2017 to reveal their contributions towards creating a green construction sector. Invest-Gate highlights the modern environment friendly techniques in construction nowadays.

Samer El-Sayary, an award-winning architect, believes that Egypt is capable of applying modern construction methods distinguishable by green and sustainable building materials. However, “the application may be stumbled by obstacles, including people’s lack of awareness of the benefits of green construction, economic challenges, and of course legislation,” he tells Invest-Gate.

The young architect also notes that Egypt is the first country in the Arab market to utilize building information modeling, equip architecture, engineering, and construction professionals with the insight and tools to more efficiently plan, design, construct, and manage buildings and infrastructure. Nonetheless, he adds that there is no legislation in Egypt that imposes its application, “We need the legislative authorities to support the application of modern construction and speed up the development process.”

The Egyptian Green Building Council, a government affiliate, on the other hand, has created the Golden Pyramids Rating System, an Egyptian-based green building code system. However, the system was never official. Despite the unofficial codes that are used as reference, companies, wishing to register their buildings as green, need to acquire certification from the council, Invest-Gate previously reported.

El-Sayary adds that one of the many benefits of modern construction is that it can be applied to upgrade the rampant slums. “Construction works can be carried out through scientific research, renovation, reconstruction, and modular design architecture,” he states.

El-Sayary is a renowned architect, who previously used modern construction and architecture techniques to develop Zero Energy Houses as well as the El Suhimy old house project in 2011. El Suhimy won three awards, including the Hassan Fathy Award. Both projects were developed through covering homes with glass surfaces and solar panels in a way that can have a positive effect on the psychology of residents.

Among El- Sayary’s other visionary projects include Noah’s Ark, a smart space ship that is considered self-sustaining and environmental housing project. The vessel is meant to create human life on Mars, containing solar sails that use radiation pressure from sunlight on large surfaces.

Noah’s Ark is equipped with a nuclear reactor used as a control panel and also features recycling and water usage strategies. This space project aims to create interconnected underground residential units that are constructed on different levels, according to a report published by French architect-oceanographer Jacques Rougerie.

Among the other techniques El-Sayary uses to maintain sustainability are wind flows. But according to him, such a method was only suitable for projects located in the city of Borg El Arab on the outskirts of Alexandria.

El-Sayary’s revolutionary methods have been adopted by some real estate investors in Egypt. “ Zero energy homes have attracted a host of the real estate developers in Egypt due to the fact that they require minimal infrastructure planning with having no electricity,” he confirms. Among clients interested in El-Sayary ideas is Al Sarh Real Estate Company.

Mohamed El Rafei is, yet, another young architect, who contributed to modern construction by inventing the ‘compressed earth blocks’, an alternative to the traditional cement bricks used in the building process. The new bricks are made of desert soil blended with 12% of water content, in addition to stabilizers made of gear and cement.

The mixture is later compressed to be used as a building material. “This type of bricks is appropriate for certain types of projects such as residential projects located in desert areas and does not need pillars for support. It may only need a wall potentially made of stone to apply heat insulation,” explains El Rafei at BATIMAT Projects Summit 2017 and announces that Sicom for Natural Herbs Company has adopted his method.

According to an Ain Shams report titled Alternative Building Materials and Components for Affordable Housing in Egypt Towards Improved Competitiveness of Modern Earth Construction, Egypt’s construction sector ranked 36th globally in 2000. In Egypt, the report notes, natural building materials suitable for modern construction are mostly found in certain projects such as hotels and eco-lodges as well as natural protectorate areas supervised by the Ministry of Environment, and remote areas.

“Architecture is a cultural product expressing the nature of a society and its needs,” comments Seif Abu el Naga, head of the Egyptian Architects Authority. According to the architecture guru, the basic characteristics of a successful construction includes collective awareness, proper decisionmaking, successful experiments, and simplicity.

“But developing a certain model that gradually grows through generations rather than a traditional model remains a challenge,” he asserts, emphasizing that modern construction needs a perfect strategic plan and a suitable timeframe to guarantee positive results.

Another green development that has been carried out in Egypt is the headquarters of the Credit Agricole Bank in New Cairo, on the outskirts of Greater Cairo. The bank, built by the Engineering Consultant Group (ECG) in 2014, was granted the prestigious Platinum Certificate of Green Construction for its sustainable architecture and less consumption of natural resources.

The design of the bank also won the Leadership in Energy and Environmental Design (LEED) certification, which is a rating system devised by the United States Green Building Council (USGBC) to evaluate the environmental performance of a building and encourage market transformation towards sustainable design. In accordance with the LEED rating system, the construction took into account sustainable site selection, water efficiency, energy atmosphere, building materials, indoor environmental quality, and design efficiency.

Credit Agricole construction features 35 open spaces and recycles rainwater for future use. The building holds heat insulation and reduces light consumption through a motion sensor that turns the light on and off as employees approach or leave their offices.

“Credit Agricole is the first Cairo-based entity to be granted the platinum accreditation, which is the highest rating in the LEED rating system in Egypt and North Africa,” says Dalia Anis, an architect at ECG.

Several methods and techniques have been applied in Egypt from architects and construction firms alike, aiming at providing citizens with healthy living; and experts including Abu El Naga believe that it must take its time for the people to adjust to a new norm that improves quality of life and sustainability.