By Sara Mohamed and Mahmoud El-Zahwey

Breaking into the real estate industry was never deemed a cakewalk for women in general. However, looking at the current scenario, female professionals around the globe have just started to touch the tip of the iceberg. With the gender role reversal being a game-changer, Invest-Gate spotlights female professionals’ current status in the international real estate markets and compares their behavior and dynamics with what is in the local market, while shedding light on their potential opportunities and promising prospects to reach the decision-making table.

As more and more women exhibit their eagerness to set foot into the real estate market, companies worldwide are protractedly changing their policies by embracing the increase of female talents into executive roles in the property market.

For instance, the Canadian real estate industry has been steadily witnessing a growing number of women carving out a strong presence. The Canadian Property Management’s “2017 Who’s Who in Canadian Real Estate” survey showed that females occupied 22.5% of 627 listed positions, 22% of C-suite positions, and 17% of board positions.

As for the US, which may be deemed as an area where the gender divide is fairly balanced, there are actually more female professionals than males in the real estate business, according to an analysis by the American listing portal Trulia in 2017. “There is about 48% more female than male agents in South Dakota and Nebraska. Meanwhile, on the higher end of the spectrum, there are 64% more women working as real estate agents than men in Mississippi and Oklahoma,” Trulia showed.

Based on her extensive experience in various markets, Kelly Crosbie, COO and owner of Keller Williams (KW) Panama, tells Invest-Gate:

“When I first started out my career in the real estate industry in Canada, I figured out it is dominated by females. Women in Canada and the US get equal chances at all levels, which is not the case in  the merging markets. However, when my partners and I attempted to expand our franchise into Panama -an emerging country in Central America, we recognized that the business environment is totally different as women are still trapped in traditional roles for they don’t run companies or hold leading positions.”

One of Crosbie’s partners is CEO of The Savoy Team at KW Integrity Charlotte Savoy, who began her real estate career in 1998 as an agent and sets an impressive example of the successful women in the global real estate industry. She says:

Looking into the US housing market, women are attaining equal opportunities as men do and they are able to build an amazing business and life. females’ potential in the US real estate sector compared to that of males is “almost 50/50.”

Companies should “train, coach, and lead all of employees towards the main objective.” Thereby, “the ones who work the smartest and produce the greatest results should be rewarded based on that data.”

In the same vein, Operating Principal for KW offices in Baltimore and Panama Shari Lineberger comments:

“As you begin to move up in leadership, you see fewer women leading large companies in Panama. The exception is Keller Williams where our co-chairman is a woman, and our former president and board member was also a woman.”

Where do Egyptian Females Stand?

Despite the fact that more women have now proved their worth in the real estate business in most countries, it has not exactly been a cinch for Egyptian females, yet. Latest figures by the Central Agency for Mobilization and Statistics (CAPMAS) showed that women’s contribution to housing and construction sector accounted for 13.8% during 2017, with only 14,127 females participating in the industry – down from 14,556 and 14,887 in 2016 and 2017, respectively.

According to Crosbie, “the Egyptian property market has begun to emerge in 2010, and thus, it is deemed a premature market that females can vigorously tap into. However, their involvement in the industry is being hindered by the country’s societal perceptions and attitudes.” 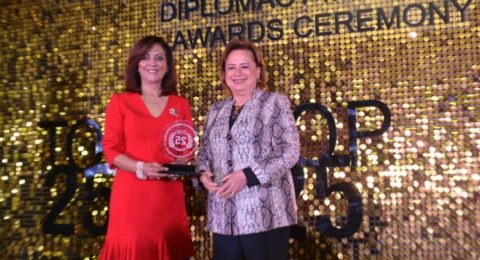 One of the ideal models, among many other women in the industry, is Assistant Managing Director of Al Oula – El Taamir for Mortgage Finance Maha Abdel Razek, who refers to her past struggles as a woman in the male-dominated market, says:

“As a female, people were always discouraging and urging me to retain my position as a banker rather than breaking into the real estate market.”

Abdel Razek notes that she primarily began her professional experience in the US, where she worked in various fields such as operations, underwriting, sales, wholesales, and mortgage finance. However, she tells Invest-Gate that the toughest challenges in her professional pathway emerged when she returned to Egypt and was dismayed by the vast number of inconvenient practices in the country’s property market.

“The sudden shift from a mature market to an emerging one has caught me off-guard and I felt responsible to educate people – men and women, and help them develop a full understanding of proper practices in the real estate.”

“There are no equal chances for females in the Egyptian property market and I am not sure what the reason is. However, when a female gets an opportunity, she seizes it and demonstrates her endless capabilities.”

Apart from Abdel Razek, there are further female models, who have indeed demonstrated their managerial and leadership skills in both the public and private sectors with the government being keen on empowering women and prompting them to effectively participate in the economic sphere.

As demonstrated, the female activity in the real estate sector is highly dependent on various factors. Some key elements include the state of the market, the cultural perception, and the keenness of females on pursuing their dreams. In this regard, experts still see that the Egyptian market looks promising, despite the unfavorable figures and statistics.

“I always have an upbeat outlook for the female professionals in the [Egyptian] market. Commitment and persistence are two key values females should have to succeed.”

On her part, Savoy says:

“My golden tip for young female professionals is to work hard, be strategic, and focus on intentional activities that will net you the results you are after and don’t be distracted by shiny objects.”

In a nutshell, Invest-Gate advises all young females opting for leading positions in the property market – or any field in general – to focus on big goals and learn how to accomplish them with a great coach.

Read more about the female experts in the real estate industry on pages no. 36 and 37 at our March issue.