Given the Conditions, Where Can Retirees Find Homes?

Foreigners can legally purchase property with full “freehold” and “leasehold” rights across many districts in Egypt, Mansoor Ahmed, director of development solution & healthcare at Colliers International notes. With the new investment law, the government grants foreigners the right to buy a property and obtain a temporary residency.

The ‘signature validity court verdict’ regime is likely to become the dominant route to establish the foreign purchaser’s rights even outside Sharm El-Sheikh, “because it allows the foreigner to buy as many properties as he likes, rent and resell them anytime,” he explains.

Many foreign retirees choose to spend the coldest winter months in a sunnier climate or permanently relocate to a destination with moderate weather all year round. In Egypt, retirement destinations for foreign retirees are mainly concentrated across the Red Sea such as Sharm El-Sheikh, Ain Sokhna, Hurghada, and Abu Soma, according to Ahmed.

“We constantly receive several requests from foreign investors of different nationalities, including British, German, and Dutch to name a few,” Mohamed Roshdy, Chairman of the Ain Sokhna Tourism Investors Authority, has told Invest-Gate earlier, adding that their main objective in the area is to buy retirement homes by the sea.

“Any community that provides commercial, healthcare, entertainments, and sports services will attract retirees. These integrated communities are available in west of Cairo and New Cairo,” Founder of MENA Group Fathallah Fawzy says. North Coast is also a good place with a very suitable weather yet, Fawzy believes it lacks health and commercial services within reach.

However, with the launch of the 48,000-acre New El-Alamein City, the government is aiming to revive the Egyptian North Coast.

“The government today is working on attracting foreign tourism to our Mediterranean shores and stop focusing only on locals,” Chairman and CEO of Sabbour Consulting Hussein Sabbour, told Invest-Gate earlier.

According to the government plan, the North Coast is to be divided into clusters starting by its shores, moving backwards till the middle of the desert.

“The first cluster will include international hotels open[ing] directly on the coast. The second will include entertainment and retail facilities. The third part will feature permanent housing, followed by acres and acres of agricultural lands,” Sabbour says.

Moreover, Ras Sudr has become the perfect place to serve the growing retirement market, according to Bahrawi Investment Co. CEO Samir Bahrawi. As retired Americans and Europeans are always on the lookout for homes to enjoy nature and seclusion, Ras Sudr fits their criteria, Bahrawi says.

However, Bahrawi notes that Egypt is still waiting for laws to be implemented to ease the path for foreigners to invest and live in Ras Sudr.

“We also need facilities that would make the lives of the retirees easier, such as health care facilities and daily life necessities to make this an integrated and inhabitable city,” he adds. 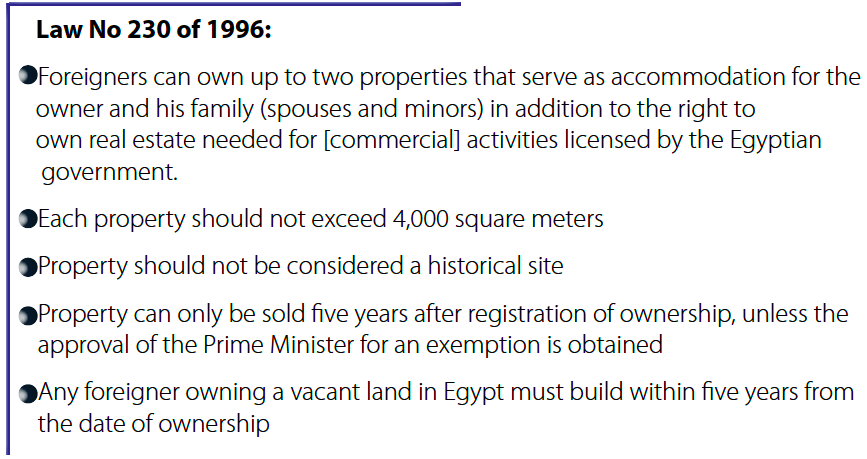