In the light of the growing population and rising demand on housing units, the Egyptian government is adopting a strategy towards providing adequate housing for all social classes through the social housing program, providing units within planned communities with all the facilities needed. Invest-Gate digs more into this file, exploring the clients’ feedback and the government’s efforts to cater for all buyers’ needs.

The Housing Ministry launched a number of projects to serve the youth from different social classes such as the “One Million Housing Units”, which is one of the largest national housing projects in the world with investments over EGP 150 bn, according to Mona Kamel, the spokesperson of the New Urban Communities. Projects within the “One Million Housing Units” include the new distinguished social housing project Sakan Misr, Dar Misr for middle class, and Beit Al Watan for Egyptian expats. The state also offers land plots for social housing and distinguished housing. 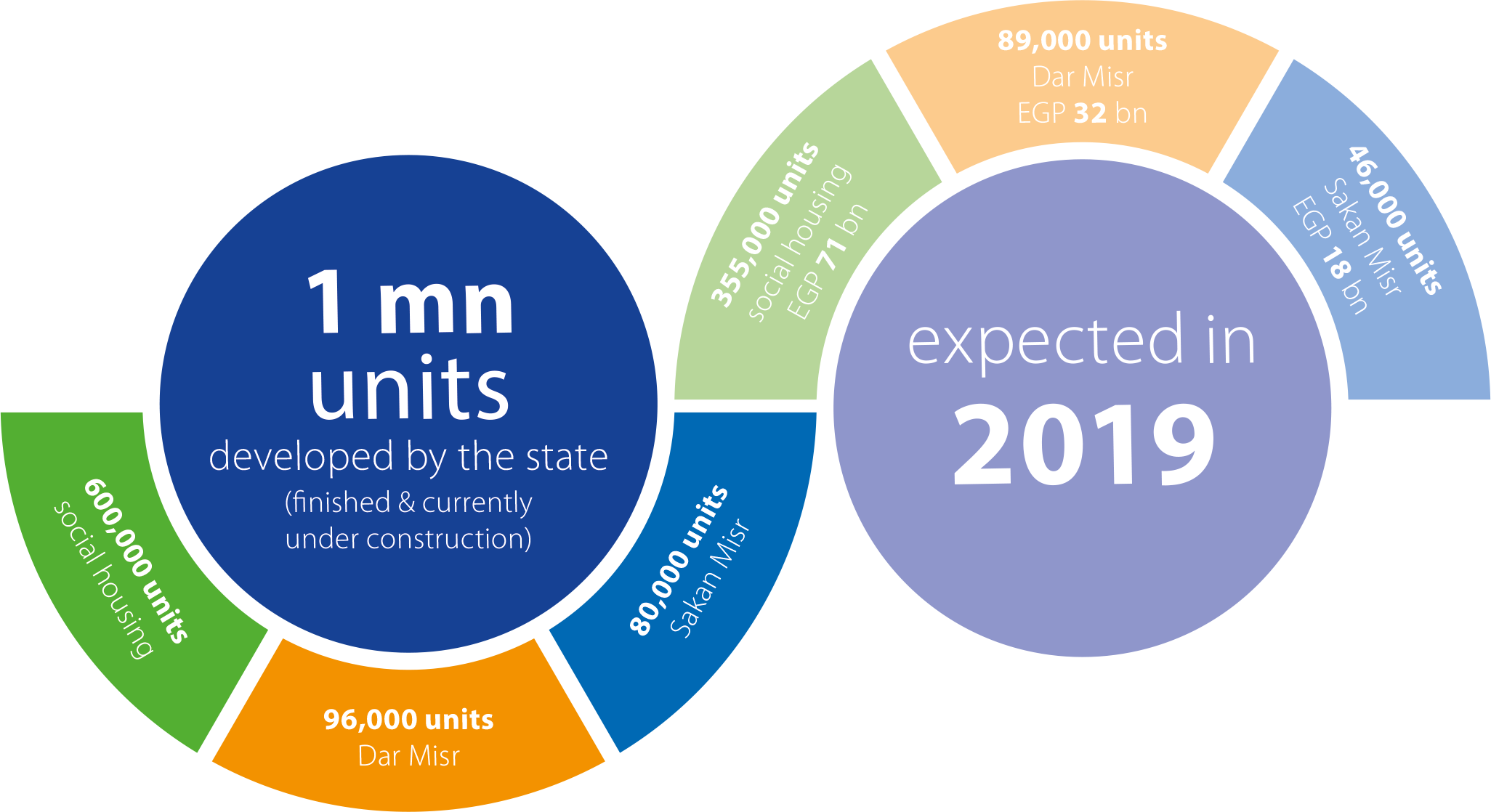 Housing units are sold through a lottery system. Applicants can apply through the branches of the Housing and Development Bank by paying a down payment and submitting all the required papers. If their names are drawn, winners finalize their paperwork, pay a further due amount and then complete their installments as scheduled; those whose names are not picked, can either withdraw their deposit or leave it to have a better winning chance in the following lottery draw.

Invest-Gate interviews a number of buyers, who won housing units in the lottery system, exploring their views of the whole application process, as well as, applicants’ winning chances.

“Honestly speaking, the papers required for application were simple and few,” Mohamed Talaat, an automation engineer, who bought his units in Al Obour City,” tells Invest-Gate. He adds that he only applied by submitting a copy of his national ID.

“The project I applied for, Dar Misr, was for the middle-class income level so neither a salary sheet nor any additional papers were required,” Talaat says, adding that the entire application process took about two hours in the bank.

Mohamed Hamouda, an engineer, tells Invest-Gate that he had an even easier experience applying to and winning the lottery with procedures taking around three to six months.

Although the application process was regarded as easy, those who Invest-Gate spoke to thought that it was a tight race for winning the lottery.

“The chance of getting the apartment was 50% although the units’ prices are not cheap,” Talaat notes.

“Winning chances are few due to high number of applicants; I did not win from the first time so I left the down payment in the bank for around one year, which was a risk, yet I won in the second application,” Hamouda says.

“Luck plays a role in the lottery system,” says Amir Abou Zeid, a broker, who applied for the first phase of Dar Misr El Andalous and did not win, yet he won in the second lottery announcement.

However, Ashraf Nazih, who bought a unit in Dar Misr project for his 24-year old son Ahmed, adds that the lottery system offers a good winning chance as the government increased the supply.

Invest-Gate presents to you here which areas, offered by the government as part of its housing projects, Egyptians chose to reside at.

Government Housing Projects: What Areas Have Buyers Chosen and Why