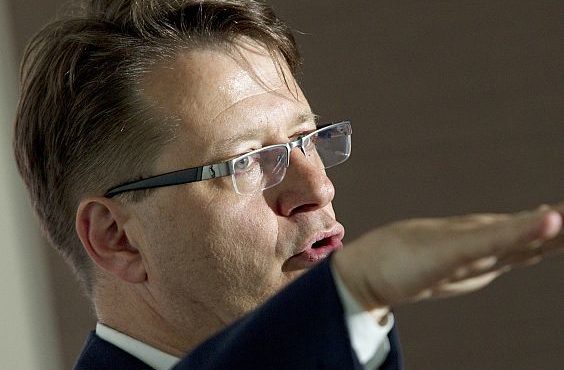 There’s no doubt that Egypt’s ambition with megaproject is at a historical high. The highlight of these projects is the new Administrative Capital, a project many French investors have voiced excitement over at BATIMAT’s first conference in Egypt. Invest-Gate speaks to Orange Egypt CEO Jean-Marc Harion about the French investor’s impressions on Egypt’s investment outlook, with a focus on the new capital.

“We have 34 mn customers in Egypt, making Orange Egypt the largest in the entire Orange Group in terms of customer base,” Harion announced as the first speaker in the panel, sitting alongside Schneider Electric’s President in North Africa and Levant Walid Sheta.

With over 25 years of experience within the telecommunications sector, Harion has been in office as Orange Egypt’s CEO since September 1, 2016. Before his appointment, he served as the CEO of Mobistar, now Orange Belgium, from December 1, 2011 until August 31, 2016. Previously, Harion also served as CEO of Orange Dominica. His experience includes a wide-range of positions at Orange Group in New York, USA, Paris, and London.

What opportunities does investing in Egypt present?

The advantages are the growing population and ambition of the government in certain areas such as, for instance, the new administrative capital, as well as some innovative projects that have been put in place by the government. We see a lot of opportunities although in the meantime, the mobile industry does not yet contribute to the economy at the same level as other geographies in the region. The mobile prices in Egypt today are the lowest in the world and, as a consequence, the mobile industry represents only 1.2% of the local GDP, which is probably four to six times less than other countries in the same region. With a higher impact in the GDP, the mobile industry could invest even more in Egypt , which would naturally benefit the Egyptian economy.

What are the obstacles to investing in Egypt?

Regarding the obstacles, of course we need to deal with the government’s economic situation. The floating of the EGP has impacted us a lot, since we pay for our network equipment in foreign currencies.  In the meantime, we are aware that the decision was necessary to protect the Egyptian economy and prepare for the future. In this perspective, the government could probably welcome a wider opening in the telecommunications market. Today, we are still dealing with a monopolistic fixed operator and we believe that it should be relevant for the country that other operators would be allowed to deploy fiber infrastructure. Opening the fixed market would benefit to the entire Egyptian economy as it would accelerate the availability of fixed broadband internet in the country.

What are your thoughts on participating in the Administrative Capital?

It is too early at this stage for us to comment but the Orange Group has developed a large experience in smart cities in other parts across the Middle East, including Doha, Saudi Arabia, Beirut, Amman and Casablanca. What we do is, support the government’s or the projects’ developers with a range of services, starting by the assessment of the development’s initial needs and the master plan design for the project. This is not to forget the development phase of the best ICT providers for the project’s different phases. Of course, we can also operate on behalf of those developers because we physically have the DNA of a telecom operator.

This is what we do in new cities, for example in Yanbu, Saudi Arabia, or in developments inside existing cities as with downtown Doha, or in the KAAR smart road near Mecca, where we manage all the services related to this road.

Can you tell us more about the main tools you use in smart buildings and architecture?

We are vendor neutrals. We analyze the constraints and opportunities related to each smart territory and translate them in a number of technological solutions. Of course, when you develop a city, territory, even a building or a new road, you would want to optimize the operation and maintenance costs, as well as insure the zone’s attractivity. You need to design an overall connectivity architecture, take care of the public developer operating the infrastructure, the citizens living in the areas, the shopkeepers, as well as the retailers and businesses in the industrial zone. And we want to do it in a way so as to optimize, not only the overall consumption of the resources (energy- water- infrastructures), but also all the services delivered to different populations.