Why Buy a Second Home? 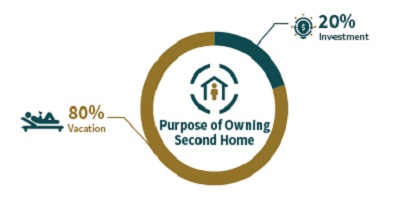 When it comes to the reasons behind owning a second home, approximately 80% of the sample conducted chose personal use 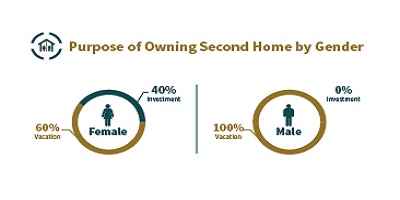 When identifying gender preferences, 100% of the males own second homes for personal use as opposed to 60% of the females. The other 40% aim for investment 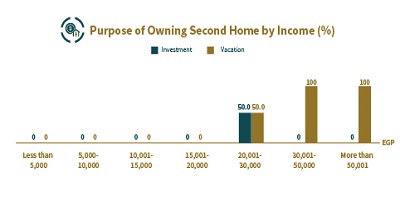 Our consumer behavior study shows that 50% of the monthly income bracket of EGP 20k-30k bought second homes for future investments. All of EGP 30k and above chose to buy second homes for personal use

What do Second Homeowners Look for? 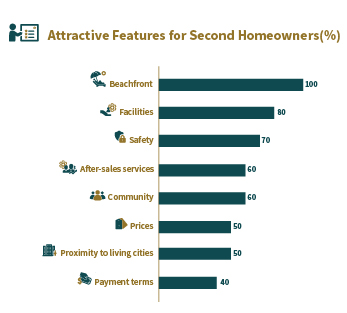 Owning a second home overlooking the beach is considered the most sought-after feature among second home buyers as seen in the above graph. Facilities provided by the developer come next in line to be followed by safety. Payment terms offered by the developers, today, present the least of the buyers’ interests when compared to others 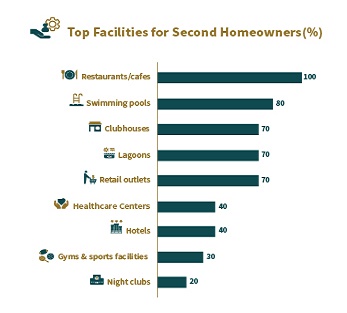 Retail and entertainment facilities are considered the most attractive feature taken into consideration to the current second home-owners. Restaurants and cafes top the chart with 100%, followed by swimming pools, then retail, healthcare, and sports facilities