Where do Second Homeowners Buy? 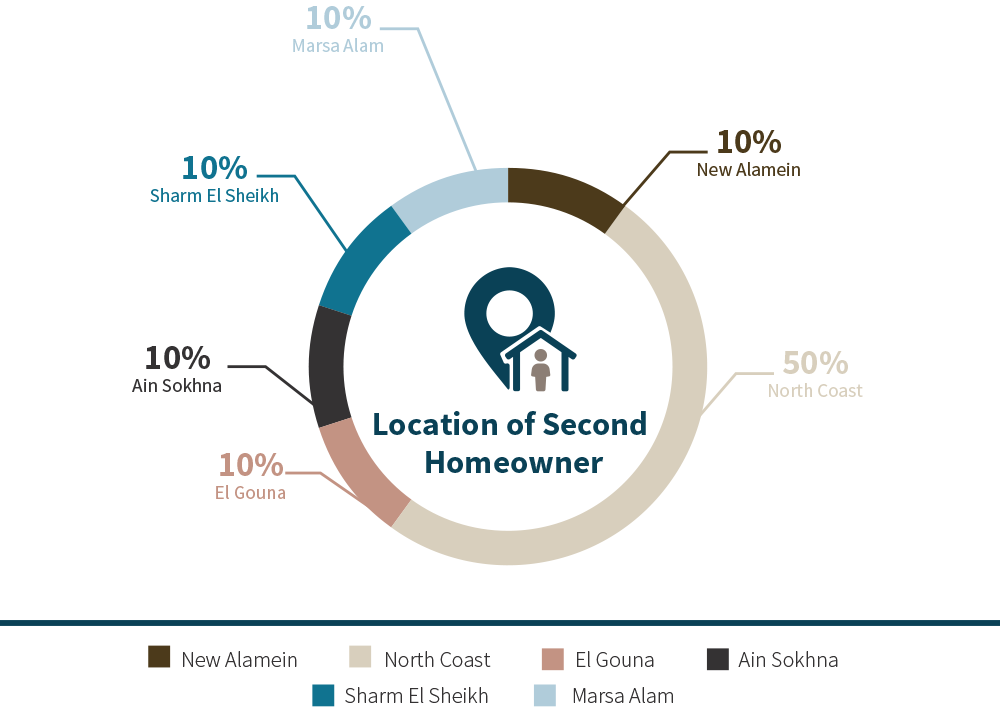 A total of 50% of the surveyed second homeowners are located on the North Coast, followed equally by Ain Sokhna and other coastal cities.

Locations of Second Homeowners by Gender and Income 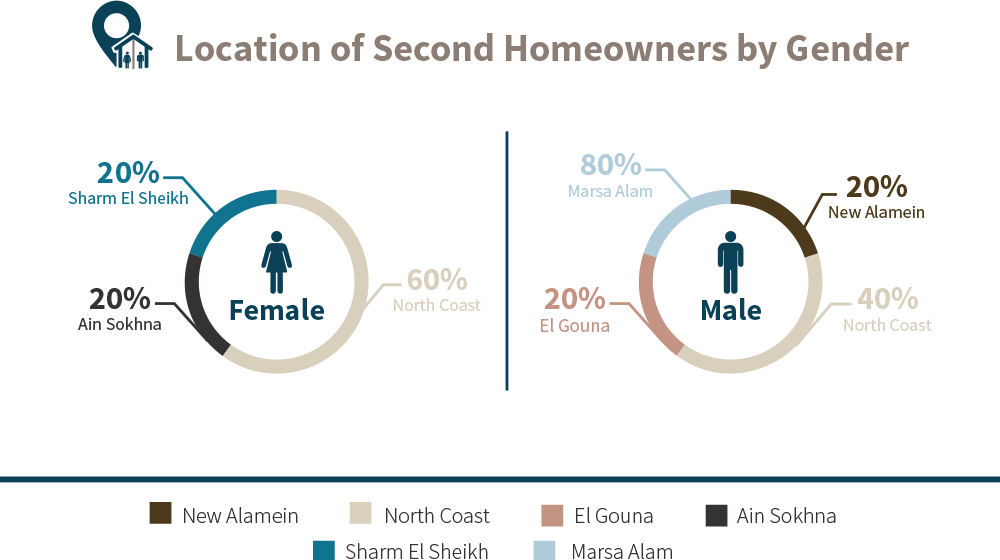 The North Coast, as expected, tops all charts between male and female owners by 40% and 60%, respectively. 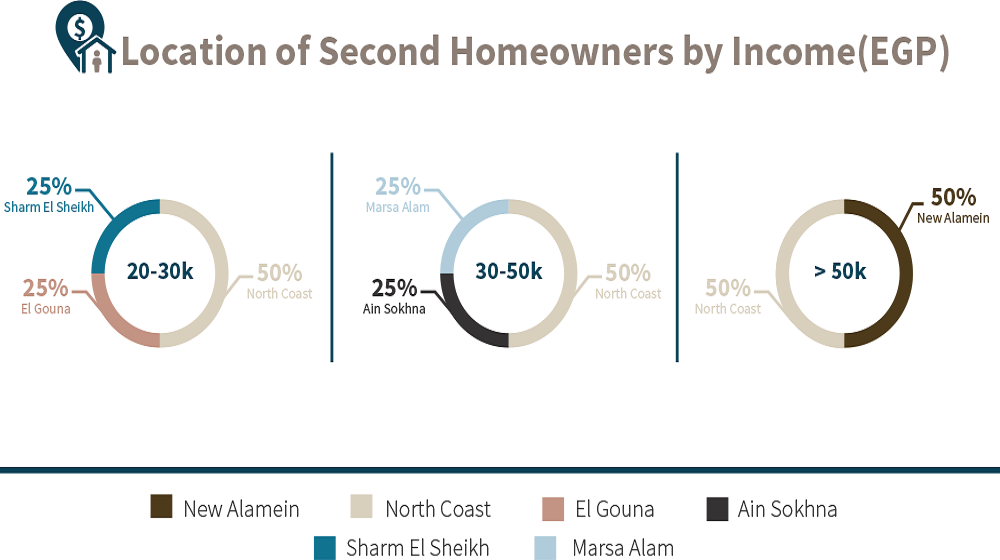 Where Would Non-owners Invest?

As for the non-owners, here is where they would consider investing in second homes. 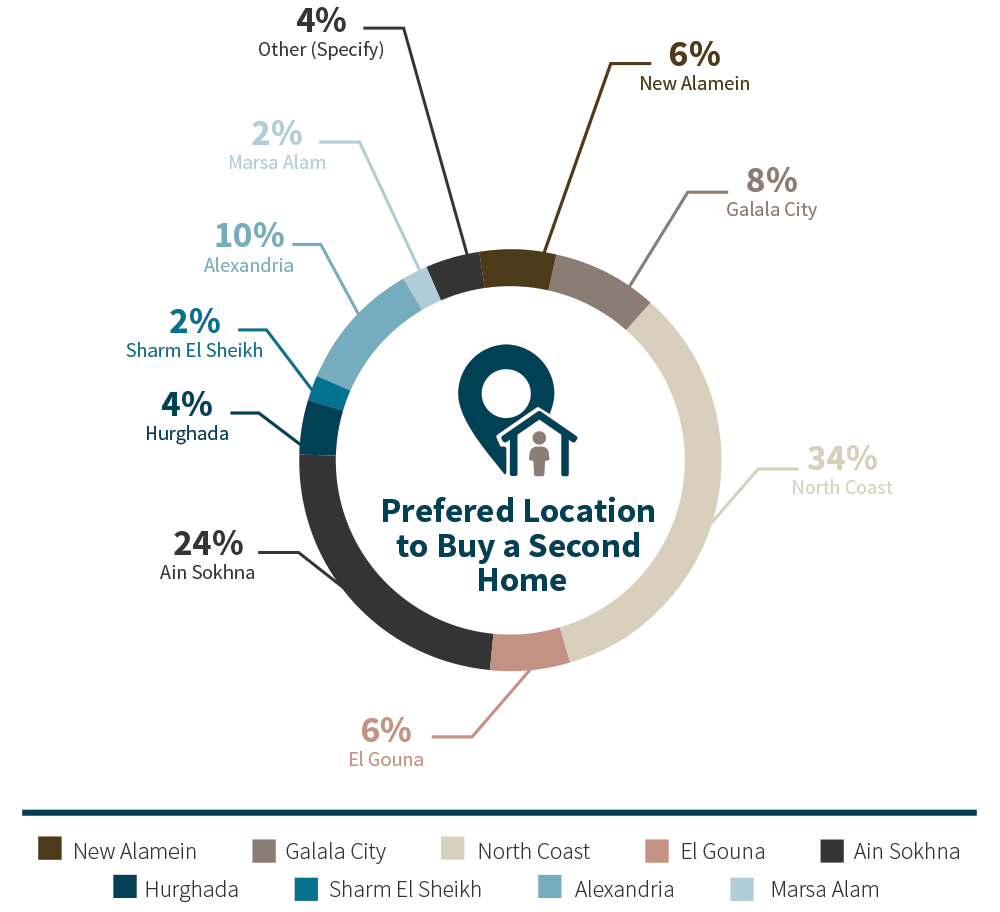 Around 34% of non-owners in this sample prefer to buy a second home on the North Coast, followed by Ain Sokhna with 24%. 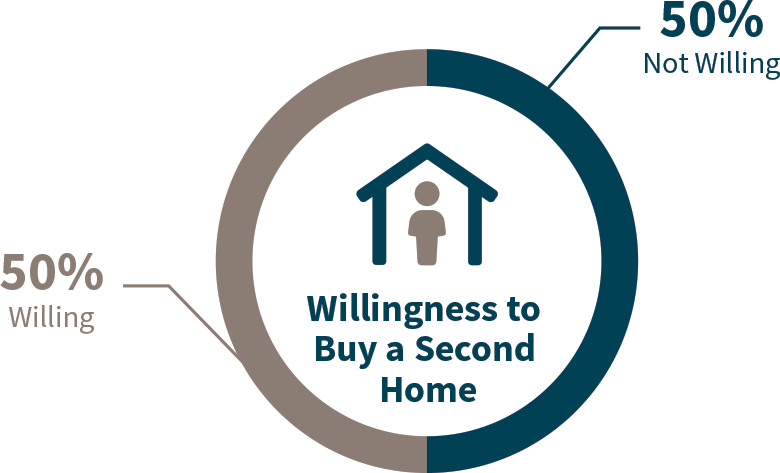 Our non-owners survey shows that 50% of them are willing to buy a second home.

The Egyptian second home market sees a great demand, opening up many opportunities for real estate developers, especially among the prime locations, including North Coast and Ain Sokhna.

A total of 50% of owners chose the North Coast, whereas 34% of non-owners also prefer the North Coast. We see that the market should cater to the middle class to broaden up the second home market across Egypt, and not just the North Coast.

Also, 80% of second homeowners, as per this study, either invest in or are willing to invest in the second home market for personal use.

Find out more on second-home buyers’ characteristics, behavior, and preferred locations on pages no. 26-34 at Invest-Gate’s July report/issue.