Maspero Triangle: From Slums to Skyscrapers 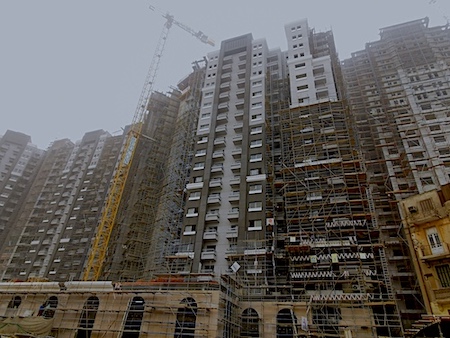 Once was a risky, random habitation, now is called the “diamond stone” of Cairo’s downtown. The Maspero Triangle is being completely altered and formalized to imitate Dubai and its towering skyscrapers. Passing by, you would be obsessed by the airy buildings and the new shape the area is customized for. Invest-Gate digs deep into this area as it is deemed a new prolific, prosperous life for its inhabitance and the whole country. 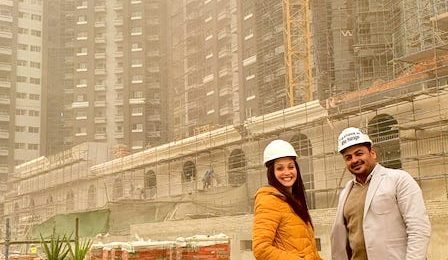 The government aims at creating mega city activities in Maspero instead of its past outdated identity. “After developing this area, Maspero will need a new spirit to give it momentum to suit its new era,” Amr Khattab, the spokesperson of the ministry of housing, says. He remarks that the government applies the most dashing technology to meet Maspero area’s demands. “There will be a smart administrative center to master the whole system: sewage, water, electricity, and gas consuming,” he adds.

In tandem, traffic, the traffic lights, and streets will be fully technologically controlled by security cameras. Khattab mentions also that there will be an application for residents to thoroughly know the place and reach their destinations, adding “This is a precedent in the middle of the historical Cairo.”

According to Khaled Ali, the executive head of the Redcon Construction Company, one of the construction companies in the Maspero Triangle, all towers are equipped with the latest smart technology, garages, internal communication tools, and malls are all technologically built. “Even the substitutional residential units are high tech supplied in parallel,” Ali adds.  Each skyscraper under Redcon custody, encompasses two-high level garages with 350 car capacity, one more floor for shops and 18 residential floors with 963 apartments for the returnees. “I didn’t believe that the same people are going to return here again until I worked myself in the place,” Ali expresses.

For his part, Khaled Sedeek, executive director of the government’s Informal Settlements Development Fund (ISDF), clarifies that most people misunderstand the then existing people; there were lawyers, doctors and different castes that prefer to return here again. Sedeek says, “4,537 families were here… 70% of them accepted considerations, 20% preferred to return again and 10% have been relocated in the Asmarat buildings.”

Basically, developing the 74- acre- Maspero Triangle is dedicated to remove the slums and to rehabilitate the area for the returnees, and the towers being built are aimed at compensating the returns. As some of the Maspero land area was owned by Arab investors, the inevitability of relocating indigenous people to other places had been accelerated due to its zero-investment value back then. Those 40 acres are the only Egyptian property. the real owners of the rest of the triangle are Arab developers and startups.

Ihab Hanafy, the spokesperson of the Urban Development Fund, illustrates that they have presented more than one scenario to deal with the indigenous residents and evacuate the place. “It would be a shame if they were expelled from the area by others,” Hanafy adds. Consequently, the newly built towers, whether substitutional or for investment purposes, are with the same frontage and are all smartly furnished. Hanfay says, “It is illogical to build low-class units for some people along with high-class units for others; it would dwindle the whole price of the place.” 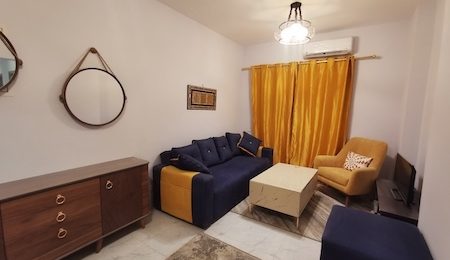 One of the furnished apartments for the returnees

The Egyptian Radio and Television Union (ERTU), the Hilton Hotel, the Italian Consulate, Sultan Abu El Ela Mosque, the Ministry of Foreign Affairs and the Royal Chariots Museum are the only exceptions out of the ongoing developing process of the Maspero Triangle.  According to Ali, the government has cut off a part of the land to construct 10 substitutional residential towers for the returnees, plus one administrative tower, and another commercial one. He adds, “Orascom, Hassan Allam, Arab Contractors are all working in the area. Other three towers are to be constructed; and they are set to be delivered by January and February 2022.”

The soil in this place has triggered a certain hardship. Hanafy clarifies that being a shallow ground and amid lots of wastes and sweepings, the ground has initially needed piers and pillars to bear the steep structured towers. “Being near the Nile River , the soil was hard to master,” he says. Meanwhile, being near the Nile River, the place has a peculiar advantage, Amr Khattab controverts. “The place would attract the most renowned companies, investors and developers, including spaces for clinics, importing and exporting companies, cafes, food courts, and malls; and this would bestow a competitive merit for the area and the existing skyscrapers would be unique,” he adds. Sedeek also depicts the Maspero Triangle with, “The Diamond Stone of Downtown Cairo.” He predicts, “Any Businessman, who owns a bureau or company in the Maspero Triangle would yield speedy returns.”

The whole Corniche area will be changed in front of the ERTU. According to Hanafy, the Corniche Street would be widened by removing the previous buildings for a wider corniche. He clarifies, “This area is deemed to be touristic; and therefore, it needs flooding traffic movement. Orascom Construction is now building three attached skyscrapers behind the ERTU instead of the previous slums on the Nile River and the street would be doubled in width.”

The Maspero Triangle is deeply grabbing all attention to be altered and completely modified to imitate Dubai and other cosmopolitan cities to attract tourism and investment to Cairo’s historical downtown.