Mini-Guide: The Booming Home Automation Solutions For Every Home 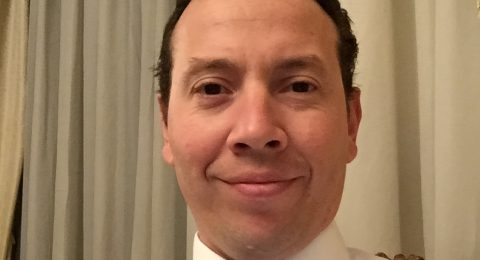 As part of our house hunt coverage for young families and newly weds, Invest-Gate put a mini-guide to those interested in the booming home solutions technology provided by Owner of Sky Pro Company, USA, Mohamed Aly.

Having complete control of your sweet home with just a phone application in the palm of your hand is certainly a demand. However, until a standardized protocol or standard is chosen and adopted, you need to put an adequate amount of time and carefully assess what you want to do before choosing a platform to adopt for your smart environment. Factors to consider include: budget, Functionality, unit type, compatibility, remote access, and scalability.

To make your home investment complete and according to your needs and budget, here are some of the latest technologies that should uplift your living experience in the modern world, highlighting their advantages and disadvantages as well.

Z-Wave is a wireless protocol, with varying operating frequencies according to the region. It is developed by Danish startup Zen-Sys and later acquired by Sigma Designs, initially released in 2005.

The 5th Generation of the protocol features a lot of advancements, including longer battery life, faster operation, better RF coverage, and easier installation. Furthermore, the RaZberry project brings Z-Wave to the Raspberry PI platform by creating a single-board computer daughter board in the form of a credit-card-sized board with Z-Wave properties.

ZigBee® is a wireless Protocol developed by the ZigBee Alliance, which uses low power radio frequency communication, resulting in long battery lives. The name is driven from a process found in nature; when bees fly back to their beehive, they perform the so-called waggle dance, which the name ZigBee refers to. A major feature of the ZigBee protocol is its mesh network topology that is auto-routing and offers excellent range and speedy communication between devices.

Mesh networks do not depend on any single connection; if one link is broken, devices search through the mesh to find another available route. This organization has over seventy members, including Ember, Honeywell, Invensys, Mitsubishi, Motorola, Philips, Siemens, and Samsung.

INSTEON is subsidiary from Smart labs, Inc. and was developed to replace the X10 standard. INSTEON devices have their own unique identifier code like the MAC address for network interfaces and communicate over both wireless and power line protocols, ensuring multiple pathways for messages to travel.

INSTEON’s dual-band mesh network turns all powerline-operated devices into repeaters, greatly extending signal range. INSTEON is partially compatible with X10 devices. INSTEON and X10 commands are not similar, but the INSTEON driver chipset has the capability of responding to X10 messages and therefore can communicate with X10 devices.

KNX is an abbreviation for the word Konnex and describes a standardized protocol for building control and also has its place in traditional home automation.

It operates on more than one physical layer e.g. twisted pair wiring, power line networking, infrared, IP/Ethernet, and RF. It is a decentralized topology the system does not operate from a central unit, since all devices speak the same language and communicate via the same Bus. KNX has been setup in 1990 with headquarters in Brussels, Belgium.

Nevertheless big competitors like Apple and Google have developed their own standards and eco-system. Apple HomeKit allows customers to group compatible devices according to zones or locations and put their own scenarios whereby multiple devices can be controlled when a certain event happen.

Google Weave -powered by Brillo and backed-up by LG, Harmon, and Asus- have its own eco-system, which is still in development. Google also owns Nest, which offers three products thermostat, security camera and smoke alarm.

Some Companies managed their products to handle the compatibility with the vast majority of protocols like Philips hue light system; and mostly work with most protocols and also the Amazon Echo wireless speaker, which includes a built-in Alexa digital assistant and can receive voice commands from a wide range of smart home standards.

So in summary, there are a lot of different protocols for home automation devices to talk on. There are more than those listed but we captured the most popular ones.