In September 2018, Prime Minister and Minister of Housing, Utilities and Urban Communities Mostafa Madbouly announced that the government, represented in the New Urban Communities Authority (NUCA), plans for the construction of 20 new fourth generation cities distributed among most of Egypt’s governorates with a total area of 580,000 acres to accommodate 30 mn people.

The new fourth-gen cities are projected to stimulate development throughout Egypt and maximize its competitiveness to attract both local and foreign investments, according to Madbouly. On his part, Assistant Minister for Community Affairs of NUCA Walid Abbas tells Invest-Gate that the government plans to complete developing the first phases of the new cities by 2021, in preparation for the relocation of people to those areas by the end of 2021.

Invest-Gate tours some of these new cities and sheds light on their locations, areas, facilities, and investments. 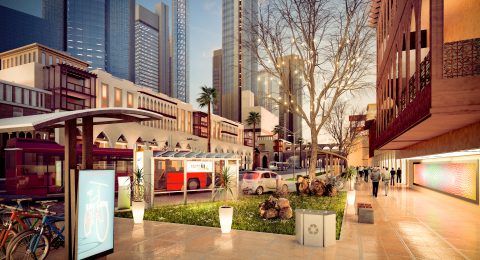 The government is now competing against time to deliver the large-scale project as scheduled, with the first phase expected to be fully-delivered in 2020.

The company has sold about 17,200 acres (about 80%) of the NAC’s 40,000-acre first phase, that has been established at a total cost of EGP 300 bn, so far, the New Administrative Capital for Urban Development (ACUD) Spokesperson Khaled El Hosseini says, noting that the development of the capital does not incur the state any costs as ACUD sells lands to developers to get cash flow for developing NAC’s infrastructure and services.

Transportation: one of two monorails to be launched in Greater Cairo to be completed by 2020 – an electric train project – an international airport

Includes: 20 residential districts – The “green river”: 35 kilometers, crossing the city and its universities over the space of 5,000 acres – a central business district with investments of EGP 60 bn on 500 square meters – a government district to house a new presidential palace, parliament, and 32 ministries, as well as foreign embassies 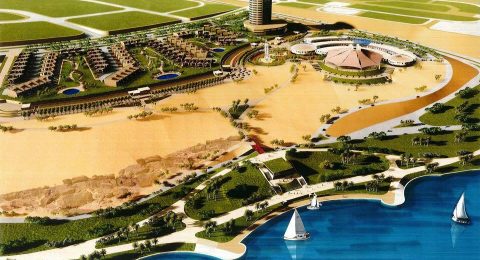 Rashad also notes that the authority allocated EGP 1.5 bn for residential projects, Rashad notes, pointing out that 168 social housing buildings are completed, “out of the 336 buildings planned in the city.”

Location: 2 kilometers away from Aswan Head of New Damietta City Authority and supervisor of New Mansoura Mohamed El Sayed Ragab says that the authority has exceeded allocated investments for the city in FY 2017/18 by 250% to reach EGP 2 bn, with projects’ expenditure surpassing EGP 4.5 bn during the first four months of FY 2018/19.

The implementation costs of the first phase in New Mansoura are estimated at EGP 45 bn, with expectations to be completed in 2020.

Location: 54 kilometers away from Mansoura city 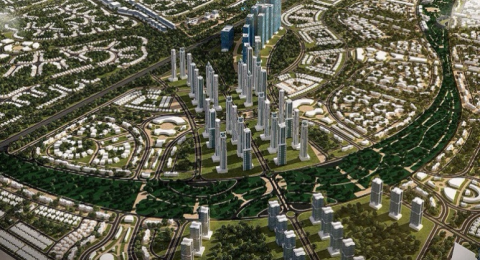 Mostafa Fahmy, Head of Sheikh Zayed City Authority, says that the city – which has seen EGP 5 bn of investments so far – is very attractive for investors, especially those looking to launch integrated projects, revealing that new land plots will be offered for developers in early 2019, and pointing out that City Edge Developments has already obtained three land plots with a total area of 12 acres in the new city.

In terms of investment value, Fahmy notes the authority has allocated a total of EGP 2.6 bn for the city’s utilities and EGP 1.3 bn for its services 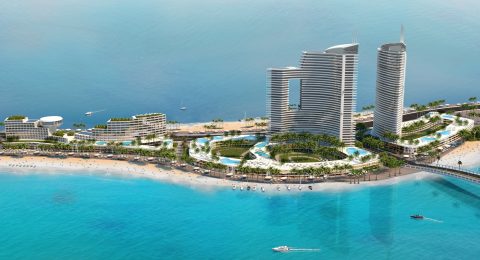 New Alamein city will attract investments estimated at more than EGP 10 bn, Vice President of New Alamein City Authority Hossam Hosny says, explaining that the authority is currently offering 1,300 units in Dar Misr project and has offered 500 units for distinguished housing as part of 5,000 units planned to be established in the city.

For the tourism components of the project, he adds that the area near the beach will be a global tourist area and is scheduled to provide about 25,000 hotel rooms, operating all-year-round, while also comprising a number of restaurants.

Location: 34 kilometers west of Alexandria to the western border of Egypt

Target population: about 3 mn people in the first phase 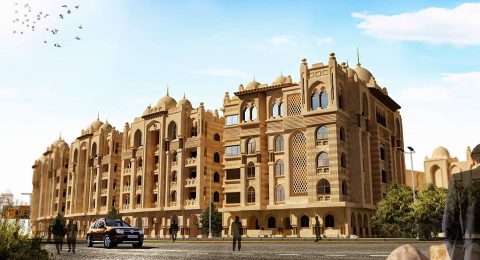 Announced under Presidential Decree No. 113 of 2018, New Sphinx City is one of the five new cities to be implemented in Giza Governorate.

Nour El-Din Ismail, head of the New Sphinx City Authority says that the private sector will be involved in the implementation of the city, stressing that there is a high demand by developers to launch projects in the city, where the state has recently adopted the participation system, offering lands to investors to participate in the urban development of the city.

Location: overlooks the Cairo-Alexandria Desert Road and 12 kilometers from the Pyramids of Giza

Transportation: Sphinx International Airport in west Cairo to be opened soon at an investment value of EGP 300 mn

“Eeach new city will serve the area in which it is located, producing a comprehensive development throughout the country; a development that should have been initiated earlier to accommodate the subsequent population growth, and thus, provide the appropriate housing.”

“Announcing such new cities comes in the line with the state’s plan to increase the urban area to 12% by 2050. Urbanization process needs development of 400,000 acres annually to date.”

“The state’s vision regarding these new cities has become very clear and balanced compared to the past periods.”

To read more about this topic, find it on pages no. 36-39 in our magazine’s December issue.