We are back to business and it is safe to say that the sky is not falling. This September, the second-home market makes an interesting comeback to the capital with major updates, driving Invest-Gate to attempt for a pulse check to piece together the main patterns of this chunk of the housing industry during summer 2019, in terms of performance, trends, and purchasing power.

The real estate sector is still seen a lucrative pursuit, whereat bargain hunters are cherry-picking some of the finest deals in the country. At heart, vacation houses have always managed to be one of the silver linings in the otherwise invigorating property market, with a special focus yet again this year on Egypt’s northern coastline and Red Sea areas. 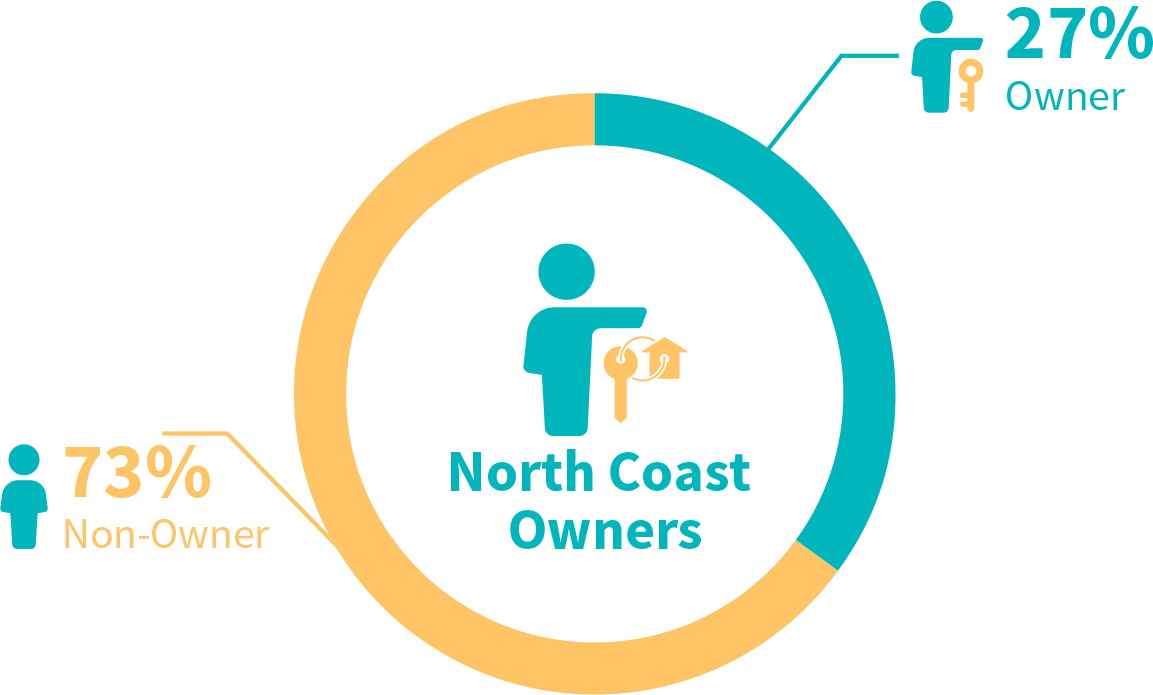 In essence, the availability of lands along the seaboard has principally drawn real estate companies and holidaymakers to locations such as the North Coast, Red Sea, South Sinai, and Ain Sokhna. In figures, some of the takeaways from Invest- Gate’s “Second Homes Real Estate Guide – Part II” report -according to a survey conducted on a sample of 70 respondents- roll out that over 35 housing and mixed-use projects are undertaken by private firms in the vacation-home market. A high turnout was witnessed across these developments, with 27% of Egyptians owning residential units on the northern coastline.

Having said that the second-home business had manifested signs of blossoming in 2018, however, seems to be offbeat, particularly for the North Coast. Managing Director of Property Finder Mohamed Hammad argues that the coastal cities’ housing inventory plunged this year, as many developers have seen their building permits suspended.

Moreover, the executive regulations, which detail specific issues relevant to coastal protection, development, and management, put into effect some idle provisions, including the Environment Protection Act (amended by Law No. 9/2009). This was reflected on real estate companies and buyers alike. Developers operating in the North Coast found their overall sales performance a bit scanty in summer 2019, compared to last year, according to Hammad.

“As coastal destinations started to see less offers going ground in 2019, fewer primary real estate units were put up for sale. Given this, home buyers began to resort to the resale market instead, which saw a more eminent demand during this year versus 2018,” he acknowledges.

Further, based on the low supply and high demand, firms with property operations in such zones, especially on the North Coast, are performing aggressively in terms of pricing. “In short, rates of coastal houses have been proliferating at a high pace in 2019, thereby weakening purchasing power in the vacation market. This ought to the low-income levels of Egyptians, which do not reciprocate with these accumulations,” Hammad tells Invest-Gate, underscoring that the upper-income group takes up the lion’s share of sales for this year’s summer. 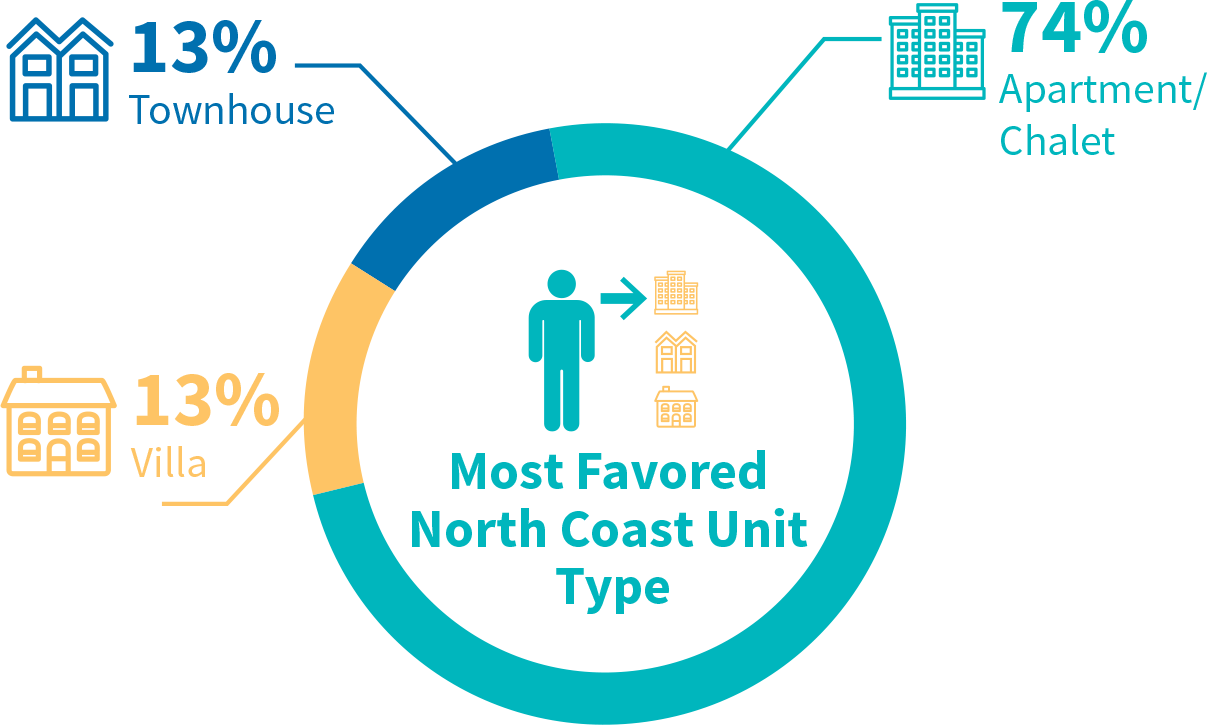 On the background, roughly 75% of Invest-Gate’s survey purchasers opted for feasible payment methods instead of cash and settled on six-to-eight- year installment plans. The majority of respondents, or 74%, have hand- picked apartments or chalets on the North Coast, followed by villas and townhouses, equally at 13%.

In light of the foregoing, current market dynamics, including lack of affordable houses and the augmented focus on the niche market, have created an almost classical seven-year itch in the second-home business, following the remarkable boom in demand for vacation units in past years. Property Finder recently reported that the supply of summer residences heaved by 170% year-on-year in 2018.

Nonetheless, this warlike scenario was foreseen to occur back when 2019 was still edging closer. Chairman of Arabia Group for Real Estate Investment Tarek Shoukri had estimated that unit prices are set for a 10-15% hike in 2019.

Several experts formerly told Invest-Gate that real estate firms are facing many obstacles to either ramp up new constructions or fulfill those under development, bearing high land prices, labor barriers, material costs, and the onerous process to obtain building permits. All this puts pressure on profit margins, so when contractors do build a new project, it tends to be more on the luxury end.

Signs of Hope Amid Peril

Despite the emphasis on ever-rising housing costs along the shoreline, a beacon of hope has been noticed within the second-home market as Invest-Gate probes what’s in store from all aspects.

“The outlook for the short-term residential leasing market across coastal cities looks promising in 2019, particularly for the North Coast, with rent and occupancy rates relishing an upside as demand continues to be supported by displaced owners.”

“Although the supply of rental units was averagely low this summer compared to last year, as land-lords often dislike having strangers lodging in their houses, Property Finder sees great potential in the second-home leasing market,” Hammad remarks.

Another bright side is that high-end developers need to bust out the paint and spruce up their curb appeal to attract further middle-income buyers and seal a greater number of deals. Substantively, experts envisage a long-term opportunity for investors to address the rising demand for low-cost accommodations in the vacation market, as home hunters continue to seek out pockets of affordability across such areas.

Meanwhile, CEO and Managing Director of Tatweer Misr Ahmed Shalaby sees a shining future for the North Coast, referring to the development boom and urban expansion strenuously taking place to transmute it into a habitable city.

After all, whether you are purchasing, selling, or staying put, this guide should customarily streamline shopping for second homes. As for real estate developers, they must bear in mind that urbanization might pose challenges for those merely addressing the high-end segment, owing to the plummeting affordability and lack of low-cost housing options in the vacation market.

Read more on the second-home market 2019 rundown on pages no. 34-36 at Invest-Gate’s September issue.