Willingness to buy homes on the North Coast

Contrariwise, a study was also carried out on non-owners to explore the second home market from all dimensions. When asked about their preferences regarding vacation properties on the North Coast, the majority – or 59% – favor buying an apartment/chalet, while 38% and 3% go for a villa and a townhouse, separately. 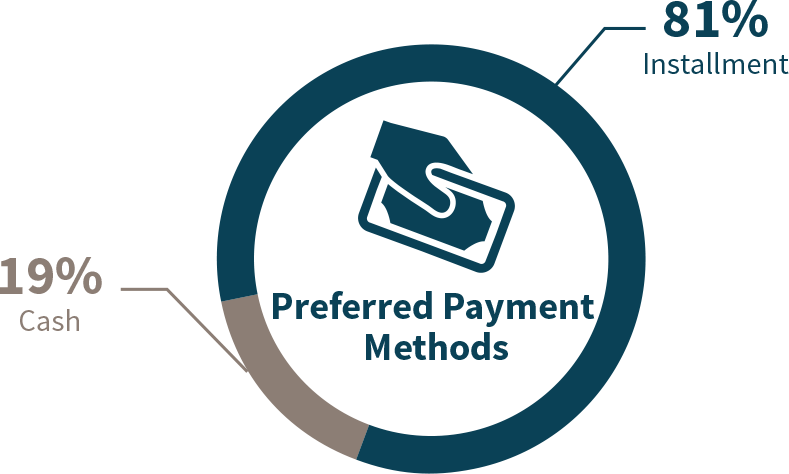 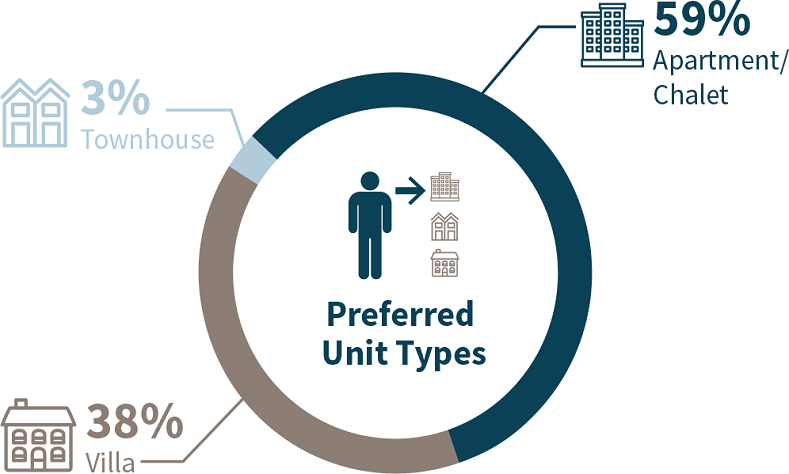 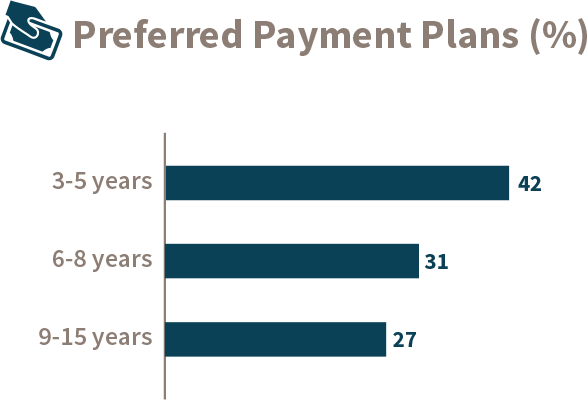 Nonetheless, 81% of the sample prefer paying in installments rather than transacting in cash, with 42% picking three-to-five-year payment plans as the most convenient method. 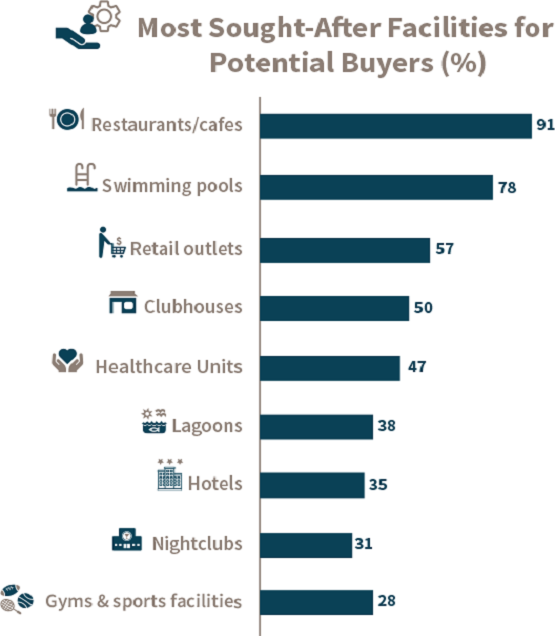 Although 93% of those willing to purchase a second home on the North Coast would do so for personal use, while the remaining 3% may handpick it for investment, potential home buyers can give it another thought to shop for properties there if certain features were found around. In fact, beachfront is considered the most tempting one for 91% of these customers, followed by proximity to livable cities for 72% of respondents. 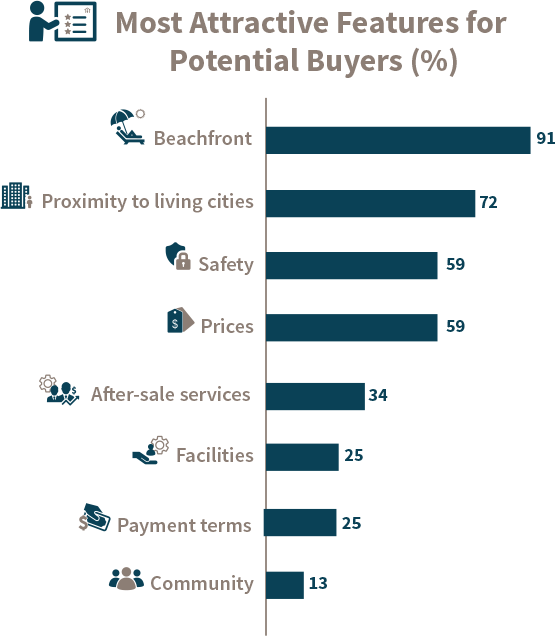 Other facilities are also sought after when shopping for a second home, such as restaurants/cafes and swimming pools, which linger as the most attractive facilities for 91% and 78% of total respondents, respectively. 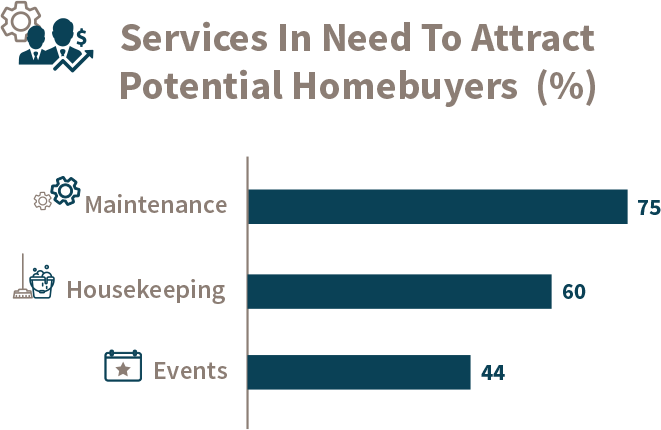 In parallel, maintenance is the most demanded after-sales services by 75% of those willing to buy a second home on the North Coast, while 60% and 44% of surveyed potential home buyers prefer housekeeping services and hosting events, respectively.