The New Egyptian cities are just a reflection of the modern vision that some people currently adopt. Living outside the crowded capital has become the trend indeed but is this drift related to the customer’s age? Invest-Gate explores this trend and which age group it appeals to. 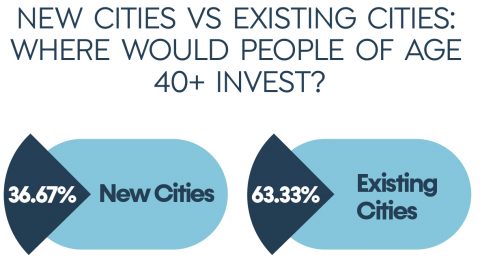 According to Invest-Gate’s last survey on market investment preferences, almost 65% of participants age group (20 to 40) favor new cities while only 35% go for the exciting cities. On the other hand, our survey results show that almost 64% of participants older than 40 years old pick the existing cities to invest in.

These results reflect the influence of lifestyle in the new cities, which the government provides with the latest technologies and the most up to date facilities as part of the Egyptian strategic urban development plan 2052. The plan aims to launch massive road expansion projects and to build 14 new cities to accommodate the population increase and ease pressure on densely-populated areas .The new cities are planned in Cairo, Giza, Dakahlia, Beheira, Port Said, Matrouh, North Sinai, Beni Suef, Minya, Assiut, Qena, Luxor and Aswan. New cities in Cairo include the New Administrative Capital on an area of 170,000 acers.

Before showcasing the reason of choice as determined according to the conducted surveys, we give a quick comparison on both concepts that somewhat influenced the results. 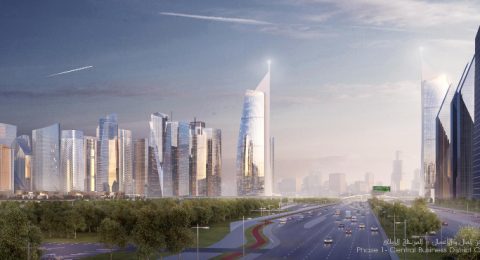 New Cities stand as unprecedented mega projects by the government to upgrade the livelihood of its inhabitants, featuring a lot of technologically advanced amenities, new transportation systems, green spaces, smart homes, upgraded educational facilities, and many job opportunities across all fields. However, they lack centrality as some still believe. 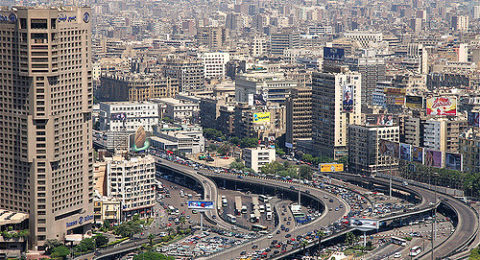 The existing cities of Egypt are of course central to their govern orates or provinces, featuring the old urbanism lifestyle that most are familiar too and comfortable in. Given their existed connection to main roads and close to ones family… these sentimental values and connection to the place are still not be found at the new cities of course! On the downside of course, those old cities have become overly crowded with outdated overly used infrastructure that can no longer accommodate to the increasing population. 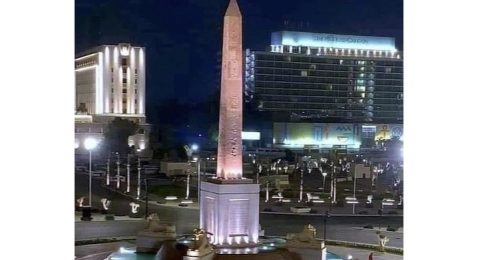 It is worth mentioning, as the government is on its way to launch the first phases of new cities beginning by NAC, New Alamein, and Galala, its governorates’ dense capitals all over Egypt are undergoing major infrastructure and urbanization projects for a proper upgrade and better living conditions.

The reasons behind accepting the idea of moving out to the suburbs (aka. New Cities) is without a doubt appealing among the younger generation for a number of reasons. Naturally younger generations follow new trends, take risks, and seek adventures. Realistically, with the beyond- attractive and feasible payment terms the government and the private sector, alike, are offering whether for social housing, governmental high-end projects and private projects, have made them drown to living outside the city.

Back in October 1995, the idea of relocation to suburbs or new cities began with the government providing modern housing at reasonable prices with the likes of 6th of October City for example, according to NUCA.
On his part, Ahmed Zaazaa, co-founder and urban researcher at 10 Tooba foundation, believes that new cities are mainly attracting the youth because of the activities and “the different places you spend your free time at, such as cafes, gardens, malls, cinemas… plus this is where the best international universities are located,” he comments.

“While the older generation still has a connection to the capital and prefer the walking distances to daily services instead of going to a mall or big supermarket every time, they want to buy something,” he elaborates, “not to mention the sentimental value that older people mainly have with the capital.” Relocations and new cities appeal takes time to attract capital inhabitants to move out. The older one get, the more resistant they become to change their lives completely and start new. history shows, it is the younger generations, who make such aggressive moves; and this as market experts believe, will be widely witnessed with the launch of new cities and the birth of Egypt’s new republic by end of 2021.