The Evolution of the Old Rental Law 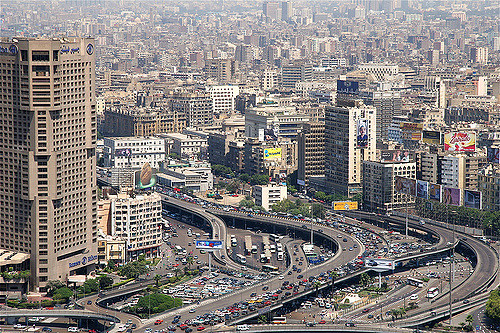 In light of the housing gap in Egypt, citizens have increasingly resorted to renting residential units instead of owning, due to the increasing prices of real estate in the past few years and the effect of recent economic factors on their lives, such as the devaluation of the Egyptian pound against the dollar and inflation.

One advantageous arrangement for citizens is renting according to the Old Rental Law, particularly in a country where the poverty rate recorded 26.3% in 2012/2013, according to UN figures. However, the continuation, and in some cases manipulation, of this law has resulted in a great tension between tenants and landlords who own houses in old buildings that are regulated under the old law.

To this day, a large proportion of Egyptians continue to rent these properties at the same rates as when the law was introduced, with some renting apartments for as little as EGP 10 per month in the older districts of Cairo and other areas.

The Old Rental Law stipulates that the annual rental value should not exceed 7% of the actual value of the land and building where the house is located, according to a study conducted by Shimaa El Sharkawy in the Swedish Institute Alexandria, entitled “Reformation of housing sector: Egyptian Rental Law”.

The law was introduced in post-World War II Egypt, and obliged landlords to reduce rental prices by between 15% to 20%. Under the rule of late President Gamal Abdel Nasser, more than 60 residential complexes were nationalized, alongside many other institutions, an additional 20% reduction was included.

According to a research paper by Financial Analyst Salma Mansour at Citadel Capital under the name of “New Law, Old Problems: The Egyptian Rent Control Dilemma”, the law also included inheritance of rental contracts to other generations following the death of original tenant, leading to the properties being passed on over decades. The law advanced further in President Anwar Sadat’s ruling to allow tenants to sublet or exchange the occupied house without referring to the landlord.

Today, the monthly rents under the old law are a mere fraction of the market value of the homes, and do not correspond with their sizes. Moreover, in light of the developments and inflation in the market, landlords have long denounced the continued validity of the Old Rental Law.

Despite the old law serving many low-income citizens over the years, landlords were more harmed by the law than any other party. State-owned Al Ahram newspaper released an investigative report where it mentioned several cases where landlords have been unable to capitalize off of their properties, including Reda Abdelazim, the owner a 500 square meter villa located in Maadi that has a rental value of EGP 20 per month, and another property in Kasr El Aini that she has owned since 1930 with a rental value of EGP 30 per month.

Wafaa Morad was another case in the report, who said that she owns an apartment in Heliopolis that was rented by a tenant for EGP 16. The tenant passed away, sending the rental contract to his son, who also died and passed the contract to his daughter. Morad filed a lawsuit against the tenant’s daughter ordering her to evacuate the house; however, the court’s verdict declined Morad’s lawsuit, upholding the validity of an open-ended rental contract under the old law.

On the other hand, some tenants were able to maintain a friendly agreement with the owners as they managed to “buy” a rental contract. Mohamed Sabbagh, who lives as a tenant in an apartment in Kasr El Aini, told Invest-Gate that he pays a monthly rent of EGP 250, as he is renting under the old law, although in a slightly adjusted manner.

“I pay about the equivalent to half the price of the apartment I live in for the owner to provide me a rent contract that would last for 59 years, whereby I pay a modest rent price, excluding the gas and electricity bills, and I inform the owner of any changes I plan to make in the house,” Sabbagh said.

Based on the Housing Ministry’s actual statistics and facts, the number of units that are still operating under the old rental law are over five million units.

According to Mansour’s research, the government has previously established general policies to preserve the rights of both parties within a housing contract. Although the policies were not implemented in reality, the policy stipulated that landlords should provide a healthy residence to tenants, guarantee assistance for deserving citizens, establish a national housing policy in parallel with the country’s national plans, contribute positively to the housing sector, control problems of inflation, and encourage investment in real estate.

Tenants’ rights included the right to healthy residence, opportunity to transfer from one house to another at a free cost, and the right to reasonable housing and utility costs that can be afforded by the tenant.

In time, as landlords’ complains mounted, the state issued the “New Rental Law” in 1996 that was applied on the units that had not been rented prior to that year and was applicable to those whose contracts had expired and had no new occupants. The law was amended again in 2006 to include a rental price commensurate with the current value of unit and some articles from the old law; however, this resulted in high rental prices due to lack of supervision on the rental market.

The government has made efforts to balance tenants’ and owners’ right together through combining both laws; however, according to El Sharkawy’s research on the Egyptian rental law, the two current rental laws did not ensure tenants’ rights, such as the correspondence between the rental price and the size and quality of the housing unit.

The two laws also did not ensure owners’ rights to regular payment of rent, property protection, and legal action against tenants seizing property. Moreover, it did not allow them to adjust the rental price as stipulated by the old law.

Further disadvantages of the combination between the two laws and shifting from the old and the new law includes that tenants were by default provided virtual ownership of the property and full control over it. Owners also have no right to evacuate existing tenants, according to the law.

“Passing on the rental contract from one generation to the next according to the rental law should not be applicable because the tenant does not actually own the unit,” Amro Hejazi, Head of Association of Old Rent Owners and Chairman of EgyVision, told Invest-Gate.

He added that having an open-ended contract whereby the tenant can remain in the unit indefinitely has a negative effect on capitalism.

Invest-Gate has tried to reach the Ministry of Housing for comments on the matter; however, the ministry was unavailable to give out further statements.

The suggested amendments include setting clear mechanisms, such as documenting the exact rent and exact annual increase, giving tenant two or three months’ notice before evacuation or contract termination, a guarantee that owners get their properties back in good condition, imposing penalties on tenants who seize properties, and guaranteeing rights to both parties in case of disputes that can be included in the contract.

The amendments also include passing on the rental contract to one generation which is tenant’s wife or children, or parents who have lived with tenant prior to death by at least one year. Otherwise the contract ends with the tenant’s death.

Some, such as Hejazi, believe that the delay in issuing the legislation benefits some factions, such as real estate developers, who will benefit from the old law as it affects the supply and demand on units, hence raising prices for their newly-developed units.

In order for the rental laws to be accuratelty implemented in Egypt and to maintain a good tenant-owner relationship, El Sharkawy’s study has suggested a pricing system that would not violate the right to acquiring acceptable housing in accordance with the current economic conditions, through paying an affordable minimum rent for units, based on their sizes and specifications.

The government could also monitor the rental market by offering a security tenure, which is based on the length of the contract, the owner’s willingness to notify a tenant of contract termination, and applicable means to resolve the dispute between owners and tenants.

“Maintaining a good tenant-owner relationship requires guarantees for the rights of both owners and also tenants in accordance with civil laws and the constitution, such as the full right to ownership and having a right to residence. These are all considerations that should be prioritized by the state,” said Hejazi.

In closing, the government continues to work on dissolving the old rental law through new amendments that aim to address the rental price, length of contract, and inheritance of rental contract.  According to research, the percentage of Egyptians who own their property is 32%, while the remaining 68% is rented, as the majority of the units originally fall under the old law. It is also notable that, according to Al Ahram’s report, the country’s economy loses about EGP 150 billion annually because of the discrepancy between the value of units rented under the old law in comparison with newly built residential units that are rented for thousands of pounds monthly, making the need for a long-term solution that preserves all parties’ rights all the more pressing.