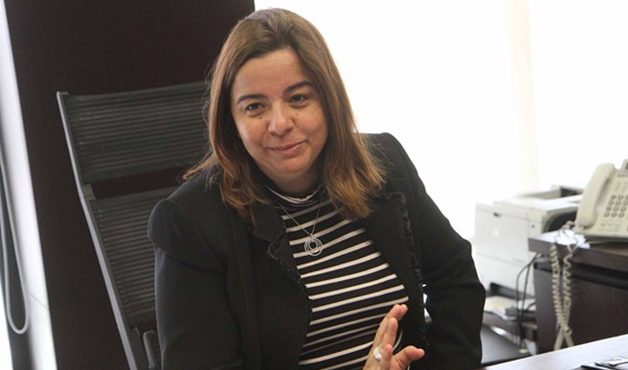 Over the past decade, Egypt’s population has increased by approximately 2.5%, having reached 91 million citizens, with more residing abroad, according to statistics from Egypt’s Central Agency for Public Mobilization and Statistics (CAPMAS). This has caused the housing gap to widen further, and despite the high demand on residential units, investors and developers have at time struggled to finance new projects or obtain lands at attractive priced. Khaled Abbas, Assistant to the Housing Minister for Technical Affairs, pointed out that Egypt witnessed an annual of 950,000 marriages that require accommodation, hence raising demand on real estate.

Residential units must meet several criteria to be called “affordable” and feasible to demanding buyers, including a robust lending system that will make long-term transactions easy, large investment costs, and fixed interest rates, all of which are largely unavailable in Egypt’s market, according to a study by Olivier Hassler, entitled “Housing and Real Estate Finance in Middle East and North Africa Countries”. In such an economic system that lacks all or most of the abovementioned techniques, lending and funding remains short-term and restricted, as the study suggests. Due to the lack of market resources that are required for real estate investments, lending real estate investments such as commercial and development may reduce stability in the financial system.

Egypt’s Mortgage Finance Fund remains one of the most important funding programs offered by the state, seeking to support funding activities in real estate, specifically for low-income citizens and middle-income citizens, and was established in 2003 to support financial needs in efforts to ensure the right to housing by reducing the construction costs of housing, to allow developers and investors to pay for the building process, hence contributing to meeting the housing demands and stabilizing the real estate fund market.

“We provide support to the people who need it; therefore, real estate developers that we partner with must be really accurate and clear about the prices of their properties and payment methods to avoid any challenges in boosting the real estate funding,” Chairman of Mortgage Finance Fund Mai Abdel Hamid told Invest-Gate.

There are several duties associated with being the manager of the fund, a position that is currently filled by Abdel Hamid. These responsibilities include preparing a thorough study for any real estate project the fund plans to invest in, signing contracts with the developers and management companies, and ensuring the needed precautions to reduce project risks that could result from an increase in costs and delays in construction.

The fund manager must also appoint two real estate appraisers to handle the appraisal of real estate assets before transacting.

How the Fund Operates

The Mortgage Finance Fund, like any fund in Egypt, operates on an investment policy that is based on “types of properties, concentration ratio of each category of assets, nature of targeted revenues, geographical diversification, and dividend distribution policy” according to the American Chamber of Commerce’s report on behalf of the Egyptian Financial Supervisory Authority (EFSA). The fund provides financial aid through assets that it owns, such as buildings, lands, completed or under-development properties that will be offered for sale or rent, certificates of real estate investment funds, and shares in companies with 80% real estate assets.

The real estate fund is able to finance individuals who meet certain eligibility criteria, including an annual income of no more than EGP 30,000 for single citizens, and EGP 42,000 for married citizens. Applicants must also be Egyptian citizens, cannot have prior ownership of any other residential unit, and must submit documents of any previous loans taken out. Applicants must also be aged between 21 and 50 years old.

Advantages of the Mortgage Finance Fund

A potential buyer will be able to enjoy several advantages from the fund, including immediate delivery of his/her house upon receiving approval for financing from the fund, obtaining a maximum of 90% of the value of the new unit in the form of a loan. The buyer will then repay the loan in monthly installments to the fund over a period that could extend to 20 years, which far surpasses any other financing tools available on the market, most of which extend for a maximum of 10 years.

Eligible applicants and buyers of these middle-income and low-income housing units may choose a house from either those offered from the fund’s projects, or any other desired unit on Egyptian lands.

Efforts to Meet the Housing Gap

The Mortgage Finance Fund operates in a planned framework to meet its goals, which revolve around housing facilitations. The fund’s goals include receiving land plots that the government decides on offering for no profit, that the fund can then use for constructing affordable housing.

The fund also coordinates with the EFSA and New Urban Communities Authority (NUCA) to implement residential units that target Egyptian with low- and middle-incomes, according to the available resources and the current demand. The fund moreover sets plans to receive applications for housing projects that will support low income citizens, following which it decides on the support rate that it will provide, and aftewards the fund contracts with the developer.

If citizens are unable to pay the fund due to unemployment or disability, the fund is then responsible for covering a part of the housing costs, whereby the fund covers a maximum of three months in installments within every five years of the repayment period.

The Mortgage Finance Fund has implemented a residential project in Shorouk City where it partnered with the General Egyptian Company for Buildings to build 207 units; where each unit cost EGP 99,000 and a maximum of 25% interest rate on installments, with variation based on the buyer’s income. The units are offered at a 7% interest rate that is valid for 20 years, and potential buyers were asked to make a down-payment worth 15% of the total price of the unit.

The fund also specifies 46 residential buildings that contain 1,380 units that were constructed by the Arab Contractors Company in New Damietta City, where each unit costs EGP 94,000 and units were offered at an annual interest rate of 12% and a 7% increase in monthly installments over seven years.

The fund is currently working on several projects that include building 12,500 residential units in 6th of October City, where each unit measures 90 square meters, in addition to 5,737 social housing units in Badr City at 90 square meters each, and 8,700 social housing units in 10th of Ramadan City. Another 493 units are underway in Zaher City that are being built in partnership with Misr Express for Development, whereby each unit measures 63 square meters and is sold at EGP 109,000.

“We are also working on social housing based on 350,000 applications that have been submitted to the fund, and 6,000 applications submitted for units to rent,” Abdel Hamid added, predicting that the number of applications for rentals would increase as many Egyptians cannot afford to buy units.

Egypt’s housing gap has been a long-term issue that is still being tackled; according to Colliers International report on Egypt’s real estate market in 2016, approximately 90,000 to 100,000 units need to be constructed per year to meet the housing demand. Meanwhile, 52% of society can afford units ranging from the $26,000 to $35,000 price range.

As the fund seeks to provide financing resolutions, the government is also willing to tackle the gap of affordable housing through partnerships with the private sector; however, private developers have thus far preferred to dedicate their efforts toward the high-end market in Egypt. Efforts like those undertaken by the fund have begun to fill the gap; however, the private sector has largely been absent from the scene thus far, signalling room for expansion of efforts.