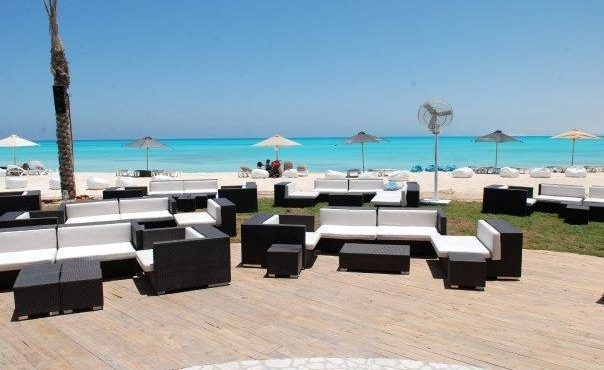 With the advent of the summer season, real estate developers rush with marketing campaigns luring consumers to their projects at discrete touristic destinations. Due to the country’s low rates of tourist inflows, real estate developers diverted their attention to promoting residential projects across Egypt’s tourist destinations although they still face challenges. Invest-Gate digs deep into the tourism segment’s obstacles and its imminent outlook.

Red Sea Vs. The North Coast

Meanwhile, Shoukri explains that real estate developers investing in touristic destinations need to work more “on PR campaigns…the country has to carry out more infrastructure projects and provide additional facilities to attract the purchasing power of international investors,” he comments.

Real estate expert and CEO of Sakan, Mohamed Tharwat, says, “The North Coast attracts 60% of the volume of vacation home purchases, while the remainder mainly comprises destinations on the Red Sea, such as Hurghada, El Gouna, Sahl Hashish, or Soma Bay.”

“Ain Sokhna is also now fiercely competing, particularly with the onset of developmental projects such as the Suez Canal Economic Zone, the New Administrative Capital, and upgrades to infrastructure…which will be a magnet to both international and Arab investors,” Tharwat notes.

The common trend when analyzing the market is that international tourists are still more attracted to the Red Sea coasts and favor the winter season as opposed to the summer. Egyptians and Arabs, on the contrary, are fond of Egypt’s northern shores, namely Alexandria and the North Coast.

Sales and Marketing Director of Egyptian real estate developer The View Hurghada Resort, Mohamed Lamara, tells Invest-Gate, “It is known that destinations such El Gouna, Sahl Hashish, and Soma Bay are more attractive to non-Arab foreigners, compared with the North Coast, which is more of an attraction to Egyptians and Arabs than the Red Sea.”

“The percentage of foreign purchasers is still so low compared with the percentage recorded before the revolution,” Lamara clarifies. Before the revolution, the country received nearly 15 mn tourists a year. By 2013, tourist inflows fell by one-third to under 10 mn annually and numbers have undoubtedly slumped further since then. “While foreigners comprised 60% of the portfolio in terms of real estate project in 2009, they now only amount to 15% of purchases,” Lamara notes.

“Before the revolution, foreigners contributed over 60-65% of the portfolio [of those purchasing homes in El Gouna],” Head of Investor Relations department at Orascom Development Holding , Sara el-Gawahergy, told Invest-Gate earlier this year, noting positive outlook for the tourism and real estate sector.

Focusing on the North Coast, it is believed to have a promising future due to the New Alamein city on-going project, the Dabaa Nuclear and infrastructure project, the Ras El Hekma development, and the expansion in Borg Al Arab Airport. Running on over 50 km, Ras El Hekma bay is one of the largest on Egypt’s Mediterranean Sea coast.

At the same time, Minister of Tourism Yehia Rashid anticipates massive recovery in the tourism sector this year as foreign airlines from the major markets, including Russia, the UK and Germany, are to resume flights to Egypt’s tourist destinations this season. Shoukri notes that it is time to attract more tourists from Western Europe, the most frequent international travelers.

To face the challenge…

Addressing the impact of the new governmental projects on the touristic segment, experts say that projects like al-Dabaa, the El- Alamein Airport, the Dabaa Road linking 6th of October City and Marsa Matrouh, along with the Fouka Road to link New Cairo with North Cast, as well, will have a positive effect on the North Coast’s real estate projects as they will help attract investments from both locals and foreigners.

Meanwhile, the law governing foreign residency in Egypt has been amended. Lamara of The Hurghada View says, “Such legislation is a good step, helping encourage more foreigners to purchase residential units, bearing in mind that the USD 400,000 amount is still very affordable compared with the value of this price in their countries.”

Another major factor affecting touristic real estate projects is pricing policy. According to both experts Invest-Gate spoke to, most of the purchasers from the local market are still worried about the current ups and downs of the country’s monetary policies, especially given the steep decline in the value of the local currency. Experts say that purchasers are unsure whether the current prices are a reflection of real value or if there is an exaggeration in prices.

Lamara says that the challenges facing new projects can be resolved if the government provides a long-term strategic plan guaranteeing proper facilities, convenient means of transportation, and proximity to industrial zones and developmental projects. “It is high time for more partnership between the private and public sectors in large projects in order to lessen the burden on facilities supply as well as to make purchasers feel more confident about injecting their money into those projects,” Lamara adds.

In order to cope with the current situation, most real estate developers will heavily depend on the local purchasers, while hoping that the government will do more towards infrastructure and services nationwide in order to attract further investment inflows.