Cities of Upper Egypt have been overlooked for decades as touristic destinations, especially after the 2011 revolution, despite their wealth in well-preserved archeological sites. However, there are a number of public and private initiatives that aim to promote tourism in these less-frequented cities and towns. Invest-Gate looks into tourism across Upper Egypt, highlighting governmental and private efforts to boost tourism.

Tourism was badly affected nationwide by the October 2015 Russian plane crash and its consequences “such as the flight bans issued by a number of foreign countries to Egyptian cities,” Mohamed Montasir, chairman of real estate development company Egyptian Experience, tells Invest-Gate.

Montasir, who is also head of the tourism committee at the Egyptian Junior Business Association, adds that such travel bans are negatively affecting not only Egypt’s economy but also the economies of the countries that issued the ban. As an example, Montasir states, “UK’s Monarch Airlines Chief Executive Andrew Swaffield, who made press statements, back in 2016, asserted that his company’s financial struggles began when flights to the Egyptian Red Sea resort of Sharm El-Sheikh were suspended by the British government due to security fears.” Montasir argues that Egypt should take punitive economic measures against the countries, which issued these bans.

On the bright side, Montasir reveals that tourism in Upper Egypt started to witness an improvement but is yet to make a full recovery. “Luxor saw an improvement compared to the previous years due to arrival of tourists from Japan, China, Australia, and Germany, with hotel occupancy rates having reached up to around 30% in 2016 compared to 12% and less in the past years, yet it is still a low percentage,” he notes.

As of November 2016, Luxor received 36 charter flights, carrying 230 Japanese tourists. “Australian tourism also returned to the city as of October 2016, with the arrival of small groups comprising 30-50 tourists each,” Montasir adds.

Luxor was also named the capital of international tourism for 2016 by the United Nation’s World Tourism Organization (UNWTO), according to Egypt’s State Information Service (SIS).

Aswan and Luxor remain the top destinations in Upper Egypt to be visited by tourists, Montasir notes, while the rest of Upper Egypt’s cities such as Minya are significantly less frequented by visitors. 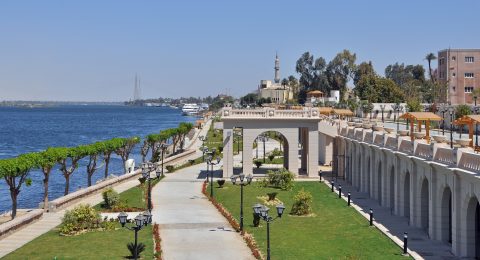 Mervat Abdel-Nasser, founder of the New Hermopolis project, a hospitality center in Minya, agrees with Montasir adding that “Minya has a lot of monuments, but they are rarely visited due to the concentration of all hotels and facilities, including entertainment venues, in the center of the governorate, 60 to 80 kilometers away from the important archaeological sites in towns like Mallawi.”

The Egyptian government’s attention has recently become more focused on Upper Egypt with new investments being pumped in projects that aim to boost tourism.

In March 2017, Housing Minister Mostafa Madbouly said in a statement that he assigned the New Urban Communities Authority (NUCA) to develop the first phase of a- 181-feddan- tourist strip, a total length of 1,330 meters across the Nile in New Aswan City. Last September, the minister announced the beginning of the implementation of the project’s first phase.

The initial phase will include a- three-feddan hotel, in addition to a -33.5-feddan- residential area that will boast 400 -meter -square villas and 19.5 feddans of greenery, as well as, swimming pools and footpaths. The project will also feature a -305-feddan administrative area, an- 8.5-feddan integrated commercial complex and a- 26.4-feddan Nile park with a berth. 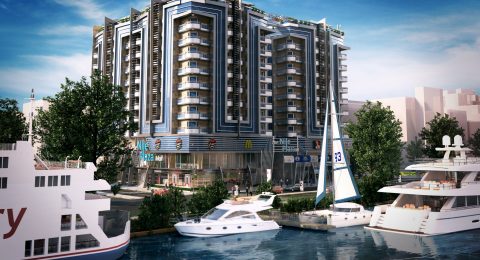 Meanwhile, Aswan Governor Magdy Hegazy, announced last month that blueprints are being laid out for a smart green city in the western desert of Aswan on an area of ​​just over 4175.25 feddans. The city’s master plan includes some touristic projects such as resorts and hotels.

“The tourist strip project is very important and will change the touristic map of Aswan, yet it needs to be an integrated development project,” Montasir states, expressing his wish of the similar project in Luxor that was announced 17 years ago to include 14 resorts and hotels, be resumed as it was halted shortly after its announcement.

The government is not the only entity that is setting its eyes on the development of touristic projects in Upper Egypt. Projects carried out by individuals and the private sector have recently increased too in the belief that this part of the country has great potential and could become a major tourist hub.

One of these projects is New Hermopolis, which is a non-profit ecological complex founded by Abdel-Nasser in a unique architectural style in Minya’s Tuna El Gebel.

“I carried out this sustainable community project in 2004 to shed light on the antiquities of Tuna El Gebel and El Ashmunein, as well as, promote ‘responsible or niche tourism’ in Minya,” Abdel-Nasser states.

Opening its doors to visitors from October to May each year, New Hermopolis comprises a hospitality center, as well as, a cultural space, in which events, workshops, and performances can be held; in addition to, an organic farm with olive groves and a vineyard. The project is based on ecological principles such as recycling, solar energy, and preserving water and energy.

“Through this sustainable project, I am trying to introduce a new mindset of sustainability in Minya. The destination aims to capitalize on Upper Egypt’s heritage for the cultural and economic development of this region; and also supporting the growth of the surrounding country side and empower local residents by offering them job opportunities,” according to Abdel-Nasser.

She adds, “The eco-friendly hospitality center mostly welcomes Egyptian visitors, who come for retreat, seek spiritual aspiration, or hold workshops. Very few visitors stay to visit the surrounding monuments. However, my income is not regular due to low inflow of visitors, and barely covers salaries of few employees and maintenance costs.” 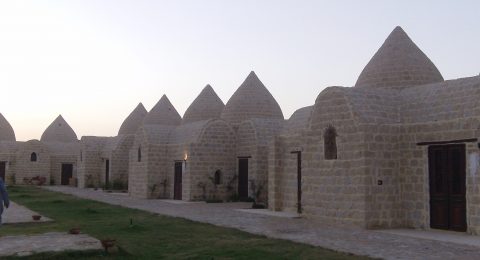 To boost tourism, Abdel-Nasser believes security issues have to be resolved soon, especially in Minya. She argues that tourism police should avoid suffocating tourists with many rules related to their movements across Minya because this reflects a bad image of the city.

Abdel-Nasser adds that the government should encourage initiatives like hers so that there would be more facilities, offering services to tourists around archaeological sites.

As to private developers’ touristic projects in Upper Egypt, Orascom Development has a number of touristic projects in Upper Egypt including Byoum Lakeside Hotel, a four-star luxury hotel located in Fayyoum. The hotel, part of a- 447,720- square- meter development project, comprises a swimming pool overlooking the lake, a pool bar, and a children’s pool.

The hotel sees more guests in winter rather than summer as Fayyoum is a winter getaway. Byoum Lakeside Hotel’s Reservation Manager Hany Ashraf tells Invest-Gate says, “In winter, the 50-room- hotel is usually fully occupied,” adding that guests are mostly foreigners, local citizens, or Arabs mainly from Saudi Arabia, Kuwait, and Jordan; visitors from Europe, US, or UK are mostly individuals and are very few.

Ashraf believes that the major challenge currently facing the tourism sector is the issuance of travel warnings by embassies of Germany, Russia, and Great Britain in Egypt, which he believes negatively affects the flow of tourists. To attract tourists, he proposes, “the government and individuals should work on improving Egypt’s image in the foreign media and show that the country is secure and safe.”

“What I can currently do is ask guests to write reviews on Tripadvisor and other websites about their experiences, to promote tourism not only in Fayyoum but also in Egypt,” he adds.

An Outlook on Upper Egypt

The hospitality sector in Upper Egypt is witnessing an improvement; “however, it is still slow compared to the period prior to the 2011 Uprising,” Ashraf adds. “If Russia lifts its travel ban on Egypt, other countries will follow suit and this will help tourism rebound to pre-revolution levels,” he states.

Montasir, on the other hand, believes that “Egypt is moving strongly towards stability and the tourism sector will experience gradual improvements.” He adds that there are promising figures related to hotel bookings in the upcoming period.

To help the tourism completely recover, Montasir reckons that a number of supporting elements should be tackled such as keeping pace with changing technology, developing new marketing techniques, upgrading infrastructure, and hiring well-trained employees to replace those, who were laid off or quit following the decline in the tourism sector seven years ago.

Montasir suggests, “There should be a touristic map for Egypt that includes the capacities of hotels and airports of every destination so that we can see what we lack and work on it.”

For all of this to be accomplished, the government and private sector should cooperate together to upgrade Upper Egypt, which needs billions of pounds worth of investments, he concludes.