With the Right Legislation and Services, Can Egypt Compete in Exporting Real Estate?

Egypt is an already established destination for vacation homes with the North Coast, Red Sea, Ain Sokhna, and Sharm El-Sheikh cities already being popular among both locals and tourists, according to Colliers International research. The favorable weather all year round has made Egypt a go-to destination. However, there are still opportunities to be capitalized on. 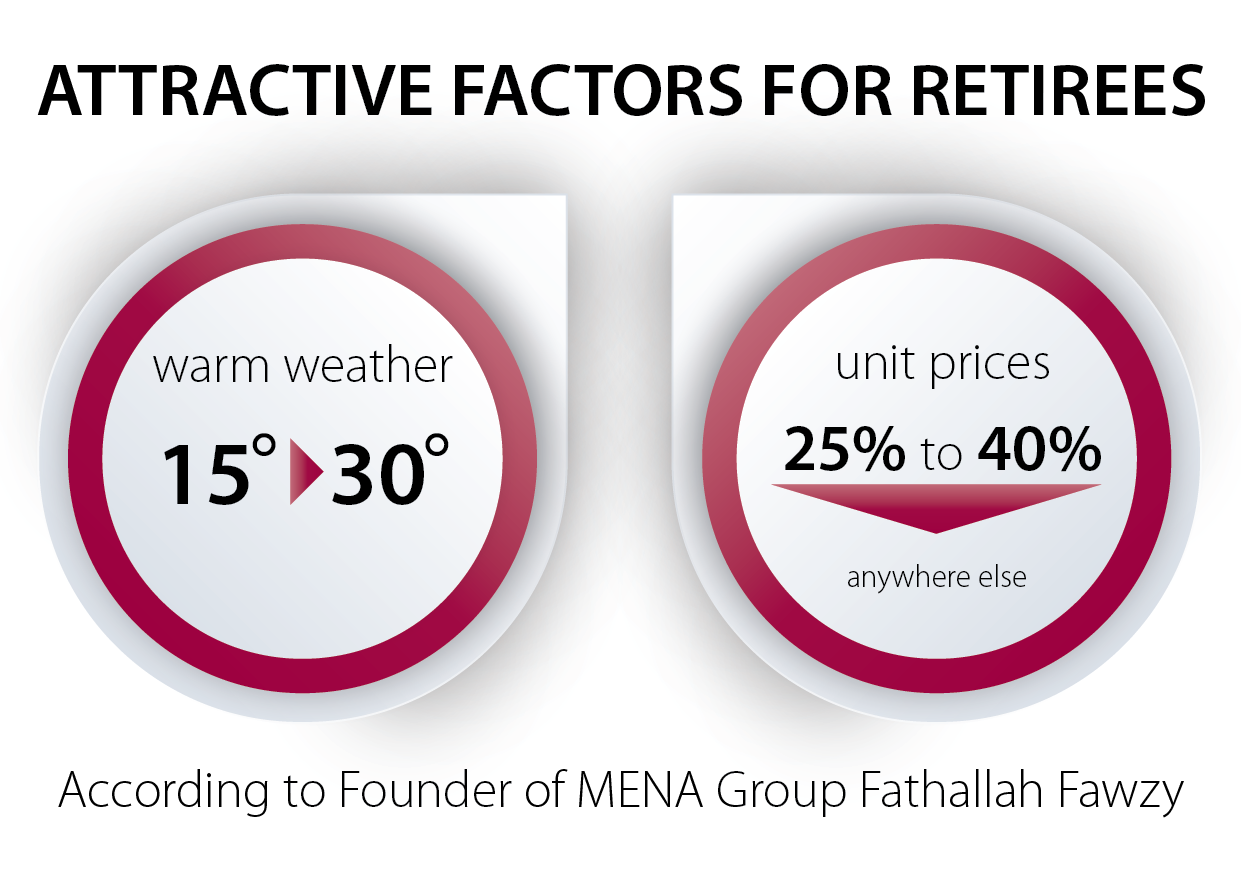 On the other hand, the price of real estate in the centers of large Greek cities are almost twice cheaper than in Spain and Malta, and 1.5 times cheaper than in Portugal – average EUR 1,300 (USD 1,543.54) per square meter, according to an article published by Born2Invest in August.

In Portugal, prices reached an average of EUR 1,047 (USD 1241.78) per square meter in January 2016, according to an article released by Financial Times. As for Lisbon, home prices reached from a low of 2,000 euros (USD 2,080) to as much as 7,000 euros (USD 7,280), U.S. News and World Report website reported. “We need to promote for and market our products abroad and know how to reach the right homebuyer,” according to Founder of MENA Group Fathallah Fawzy.

Development communities that are complete with social infrastructure facilities for retirees such as retail, leisure, and entertainment offerings, as well as senior care homes and other essential medical facilities, are still at their infancy and have plenty of opportunity for development, based on Colliers experience.

With the decline of the nursing home model of care and the growth in more assisted living options, long-term rehabilitation centers have become a common phenomenon across international markets.

The developers should cater for retirees’ needs and provide “fully furnished two and three-bedroom units with small areas of 50 to 70 square meters as the retiree usually moves individually or with their spouse,” Fawzy elaborates.

“I know people who have been in Egypt for 20 years, living on pensions because they could not live in their countries due to the high cost of living,” Maryanne Stroud Gabbani, a Canadian expat living in Egypt tells Invest-Gate. Gabbani is in her late 60s and has moved to Egypt with her Egyptian husband and family 28 years ago.

“I also know other pensioners, who bought apartments in Egypt to spend the winter here,” she adds. “Egypt could be a haven for retirees, who can offer their experience to young Egyptians wanting to start their own ventures,” Gabbani states.