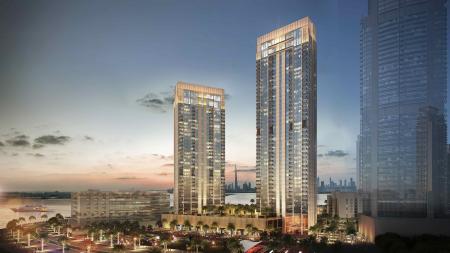 DAMAC International had initially announced a GBP 200 mn contract award to build the 50-storey tower to Australia’s Lend Lease 12 months ago, but a deal between the two firms was never finalised. Preliminary works continued, however, and it is still scheduled for completion by the end of 2020.

Aykon London One is the developer’s first London project within the Nine Elms district, which sits on the south bank of London’s river Thames in an area that is undergoing widespread redevelopment. The nearby Battersea Power Station is undergoing a major redevelopment to transform it into a new, GBP 1-bn-plus mixed use community.

Aykon London One was designed by New York-based architects Kohn Pedersen Fox and will contain Versace-branded apartments through a deal with the Italian fashion house’s home decor division, Versace Home.