El Gazzar: Egypt to be Free from Unsafe & Slum Areas by End of 2021

During his speech at the presidential inauguration of alternative housing projects for unsafe areas on October 16, Assem El Gazzar, Minister of Housing, Utilities and Urban Communities, declares that 2021 is the year of completing the development of unsafe areas, the re-housing of the residents of those areas with alternative housing units, and there is no citizen currently residing in an unsafe area, Invest-Gate reports.

El Gazzar points out that the state has developed a plan to construct 250,000 units for alternative housing to eliminate unsafe areas, with a cost of EGP 63 bn. According to the minister, the government has developed strategies to reduce the emergence of slums through Housing for all Egyptians (social housing program that includes 1.8 mn subsidized housing units), the real estate financing initiative, and the latest construction and planning requirements system.

El Gazzar highlights alternative housing projects implemented by the Ministry of Housing are currently operational across 11 areas, where the implementation of 210,000 housing units serving 1.1 million citizens has been completed.

As for the first indicator, tenure security, El Gazzar elaborates that the government had a vital role in securing tenure by concluding a contract (tenure deed) between the government and the citizen to ensure his entitlement to the unit.  Besides, enacting legislation to secure tenure for the citizen, including Law 144 of 2017 to legalize hand positions, and Law 17 of 2019 amended by Law 1 of 2021 (Reconciliation in Building Violations).

In addition, the citizen’s right to choose the appropriate alternative, whether he chooses the cash consideration for the unit according to the market value, or the in-kind consideration (an alternative unit in another new location), or the desire to return to the original place of residence.

Regarding the second indicator, affordability, the minister clarifies that the government has provided affordable housing for residents of unsafe areas since 2014, with full facilities and furnishing. In this regard, the citizen bears only EGP 300 as the monthly maintenance expenses, while the government affords the unit cost of EGP 500,000 to EGP700,000.

Concerning the third indicator, habitability, El Gazzar remarks that the citizen is transferred from unhealthy and structurally unsafe housing that lacks a minimum suitable living space to decent housing of different models and multiple spaces, comprising three rooms and a hall in most models.

Moving to the fourth indicator, availability of basic services, the minister indicates that the housing development projects meet the needs of the local community including, the availability of facilities, infrastructure and allocating areas for mass transportation.

Speaking of the fifth indicator, meeting the needs of citizens, El Gazzar explains that the development projects have taken into account the provision of craft and commercial activities in the development areas, the selection of re-housing areas near the areas of industrial and craft activities, and meeting the needs of women and providing job and employment opportunities for girls.

The development projects provide playgrounds, gardens, children’s play areas, and facilities for people with special needs, whether in the residence or the external environment.

Moving to the sixth indicator, location, the minister highlights that alternative housing sites are chosen within the residential block and linked to road axes and transport stops.

Concerning the seventh indicator, cultural appropriateness, El Gazzar affirms that alternative housing projects consider the creation of housing commensurate with the social and economic characteristics of the population. 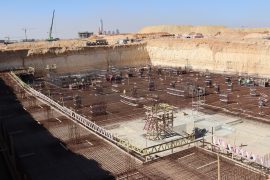 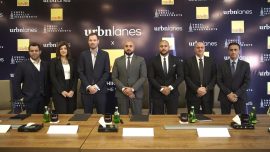 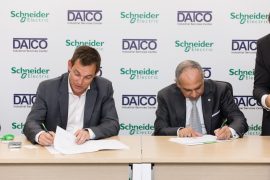 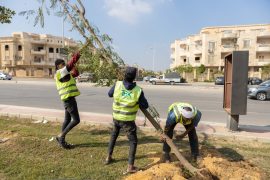