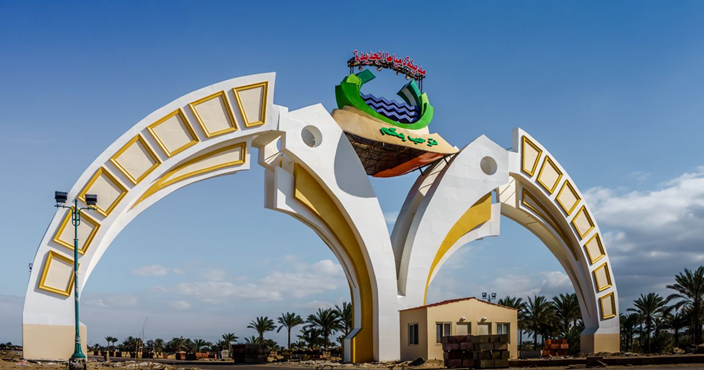 El Gazzar declares that the housing sector in New Damietta has witnessed the completion of 1,752 housing units of areas of 115 sqm per unit across 73 buildings in Sakan Misr, adding that more than 160 housing units are delivered to citizens.

Currently, 45 buildings are being implemented in Sakan Misr project in the first and fourth districts, “which include a total of 1080 housing units and the implementation rate has reached 90%,” El Gazzar confirms.

With regard to the JANNA project, the minister confirms that 44 buildings, encompassing about 1,056 housing units, have been completed, while 37 housing units have been delivered. He further adds that another 87 buildings are underway in the project in the two neighborhoods (33-34) in the sixth district, comprising 2088 housing units with an average completion rate of 80%.

As for the fiscal year (2021 /2022)plan in New Damietta, El Gazzar highlights that investments have reached about EGP 500 mn from more than 30 companies of various sectors and provided about 8,000 direct and indirect jobs.

For his part, Alaa Maneeh, head of the New Damietta Development Authority, explains, “Electricity along with several infrastructure work for 44 buildings in JANNA in neighborhood 33 in the sixth district have been completed.”