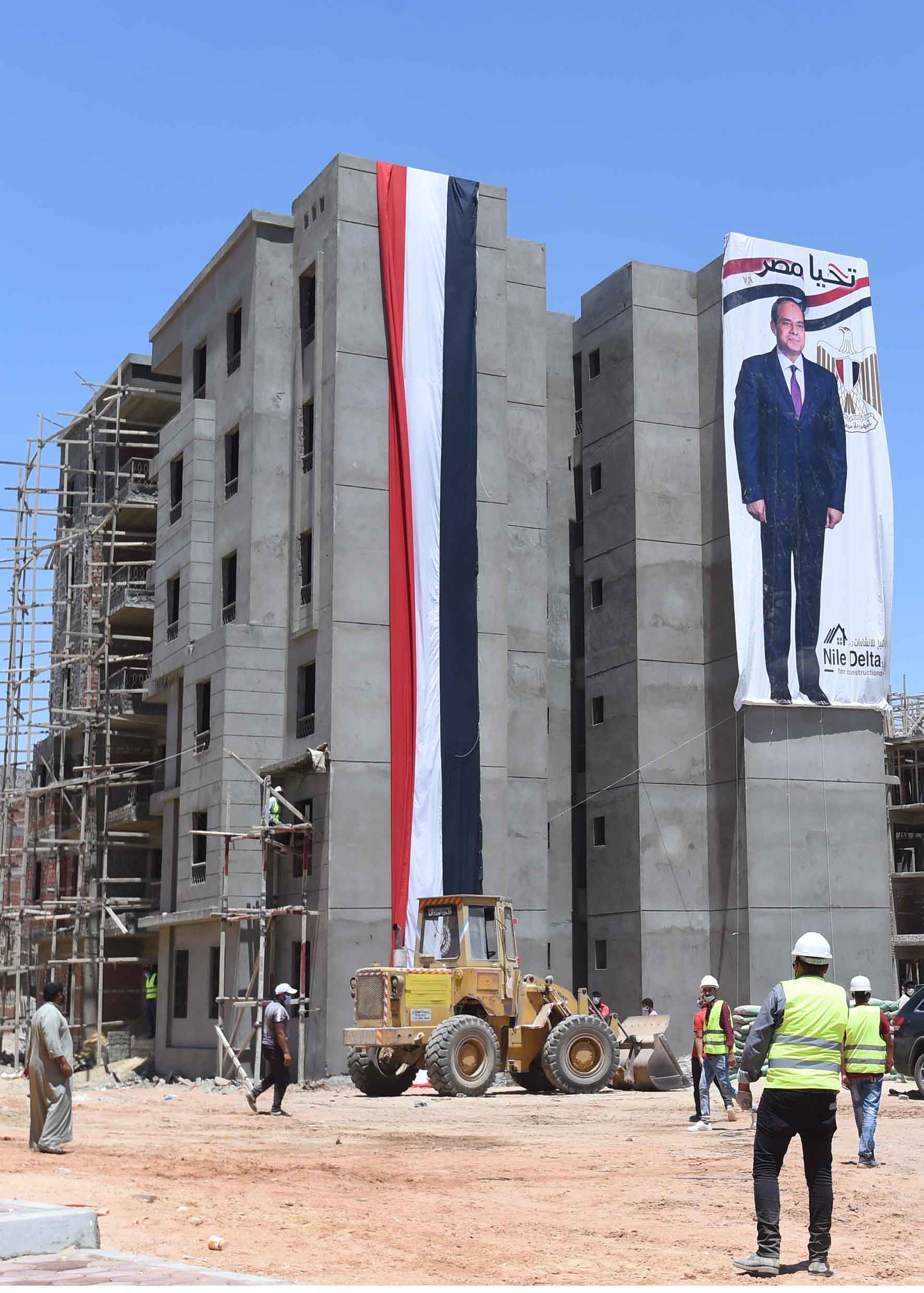 While facilities and utilities are underway, the ministry also plans to deliver 18 residential buildings by next September, followed by 40 others by year-end. Beyond that, another 46 buildings will be handed over by February 2021, El Gazzar revealed in a Cabinet statement on July 6.

The announcement came during El Gazzar’s tour to inspect project updates, along with Prime Minister Mostafa Mabdouly, who stressed that this comes in line with efforts to provide alternative housing for slum dwellers, in a bid to enhance their quality of life.

Pointing to the project’s strategic location in west Cairo, Mabdouly hailed implementation works, especially the quality of finishing, calling for adherence to set deadlines, and swift finalization of construction.

On July 4, Local Development Minister Mohamed Shaarawy underlined that President Abdel-Fattah El-Sisi endeavors to put an end to Egypt’s informal housing, according to a previous statement.

“During the past few years, thousands of residences have been rolled out to offer competent and decent accommodations for inhabitants of slums and unsafe settlements in Damietta, Cairo, Red Sea, Port Said, South Sinai, amongst other areas,” Shaarawy said back then.