Scheduled for delivery in 2020, the units are strategically located within a ten-minute walking distance from Abu Tig Marina in El Gouna and are served with a number of hotpots and nightlife places, according to a released statement.

Swanlake El Gouna comprises luxurious fully finished one- to four-bedroom chalets, equipped with air conditioning as well as kitchen cabinets and wardrobes, the developer highlighted, noting that all units will have a full view of the crystal lagoons and access to the compound’s exclusive clubhouse. 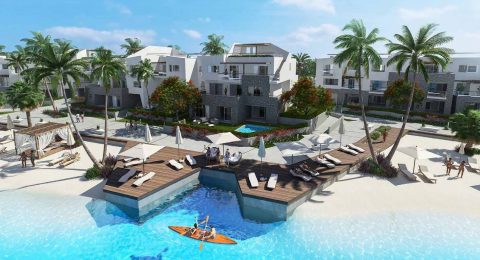 “At SwanLake El Gouna, we have created a large sea-water lagoon surrounded by a stretch of white sandy beaches, bringing the beach right to your doorstep. Not only do they add to the majestic views from most homes, but this swimmable lagoon is a safe and exciting place where your kids can have a fun time so close to home,” HAP added.

In addition to the clubhouse, the compound encompasses amenities such as a fitness club, spa, and restaurants.