Invest-Gate organizes a virtual roundtable discussing the new building requirements on April 27, in cooperation with the Egyptian Businessmen Association.

The roundtable witnesses the presentation and exchange of visions on the new building requirements and the new licensing system, intending to send these proposals and recommendations to officials at the Ministry of Housing for their review and consideration.

During the roundtable, El-Sigini reviews the various stages that the new conditions went through and the ongoing discussion between the government and the House of Representatives, stressing that President Abdel Fattah Al-Sisi calls for these new conditions to address the violations that cost the state billions of pounds instead of investing them in infrastructure. The law was issued to govern the building system and building permits, in addition to addressing violations. 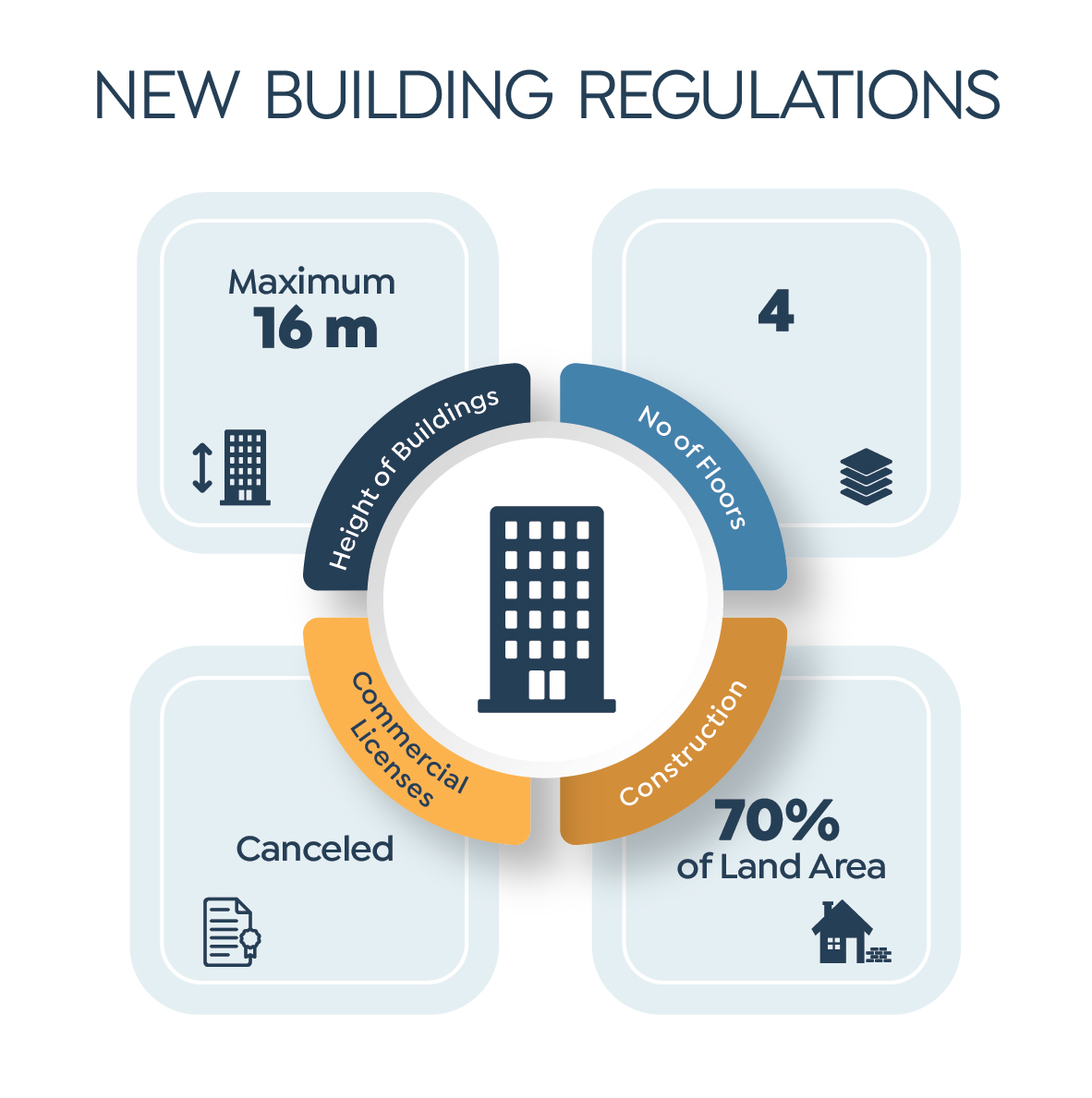 that govern building on the land and heights, and the second is how to obtain building permits away.

He says that these requirements stipulate the heights of buildings according to the width of the street, with a maximum of 16 m on a ground floor and 4 floors, in addition to the construction percentage of 70% of the land area. Concerning the commercial licenses, they must be cancelled, even those that were issued under the previous requirements.

Moreover, the chairman of the Local Administration Committee in the House of Representatives indicates that a digital technology center has been established in order to deal with citizens to obtain licenses. This center is affiliated with a unit at the university and its role is limited to reviewing and matching the blueprints.

On the other hand, El-Sigini explains that there are some observations on these conditions, therefore, a committee was formed in the House of Representatives to amend some provisions. The amendments include preserving the legal positions of those with a building permit, whether residential or commercial, as construction has been completed since April 15 until now, adding that there are 175,000 building permits, and what has been studied since May 2020 so far is 20,000 licenses, of which only 8,000 are identical.

One of the biggest challenges that the committee faced, according to El-Sigini, is the application of construction to only 70% of lands when it comes to small areas, so the committee proposed that all lands with an area of ​​less than 175 sqm to be excluded, while only areas that exceed that percentage can apply this.

He stresses that all new cities, national projects, hubs and main streets in the provincial capitals have been completely excluded from the new building requirements.

On the other hand, El-Sigini mentions that there are some points that were not agreed upon between the government and the House of Representatives, such as the position of people who bought plots of land prior to these conditions and had a valid certificate but did not obtain a license; if these conditions are applied, these people will incur more losses.

He calls for the government to have a transitional phase that is not restricted to a time period to resolve this issue, explaining that the Cabinet does not agree to this proposal, but promises that the problems and obstacles would be studied after rolling out these conditions experimentally from May 2021, for a period of two months in Cairo, Alexandria and Giza, then generalized to the rest of the governorates.

El-Sigini states that after testing the new building requirements, a new law is supposed to be issued that combines these requirements in line with the Unified Building Law No. 119 of 2008.

In this regard, the real estate expert Ragheb reiterates the importance of applying a transitional period, emphasizing that these conditions cannot be applied to old lands. However, he says there is a possibility to financially compensate landowners replace their lands with other ones, noting that issuing licenses is not the role of the university and this must be reconsidered. El Kadi also reinforces the idea of a transitional period because it gives an important message to local and foreign investors.

Shalaby agrees with them, saying that “it is difficult for the university to play this role because it needs more human resources, in addition to that there is no adequate follow-ups.” He calls for the state to respect its contracts and the landowners’ legal positions and to exclude cases with licenses as per the previous requirements.

Likewise, Shoukry suggests that official consulting offices should be the sole ones to issuae building permits instead of universities in order to save time, noting that land prices will decrease in some areas following the application of limiting buildings to four floors only due to the decrease in demand. He indicates that if building permits are not obtained within 60 days, they should be considered a tacit approval.

Commenting on this, El-Sigini says, “The issuance of building permits from consulting offices is already found in the Unified Building Law No. 119 of 2008, but it has not been implemented nor issued a regulation yet.”

Mokhtar also points out that, “Exceptions of the streets and main axis, is a very complex issue, as we may lose a huge wealth which may be in a prime location due to the restrictions applied. We must clarify and define this point so that no real estate wealth remains wasted in places that can be built.”

In another context, El Assal states that the new requirements must include the context of architectural and civilizational design in terms of form, uniformity of color and landscape, taking into account that each region should be studied carefully, whether residential, commercial, medical or multi-use.

With regard to compensation, the chairman of the Local Administration Committee in the House of Representatives clarifies, “Landowners should be compensated by replacing their plots of land with new ones that have the same value and not the area,” adding that any financial compensation will exhaust the state treasury, which is not in the greater good of the country.

This online table was held on Monday, April 26, at 9:00 pm, in cooperation with the Egyptian Businessmen Association and sponsored by Iwan Developments, Misr Italia and Valda Developments.