Invest-Gate initiated the very first discussion channel between two of the foremost real estate market pillars, developers and brokers, bringing them under one roof at its latest roundtable on January 15, titled “Regulating the Real Estate Developer-Broker Relationship.”

Marking its fifth roundtable and its first in the new year, which was held at the Nile Ritz-Carlton, Invest- 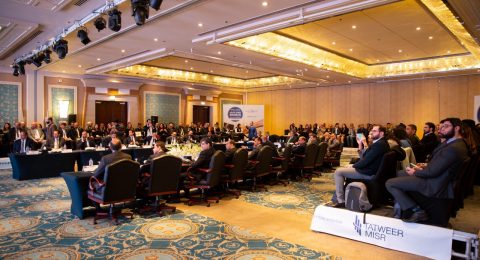 Gate explored the dynamics of the developer-broker relationship, voiced the brokers’ needs, highlighted their beneficial role in boosting this sector, and offered fine-tuned solutions to reach the market’s full potential, hence market it abroad.

Opening the first session, called “Identifying the Developer-Broker Relationship Gap,” Abbas noted, “Globally speaking, developers’ strength is evaluated by brokerage companies they select to market their projects. Hence, this should be the case in Egypt in terms of dealing with well-reputed brokers to uplift the local market and garner the utmost demand to pursue endeavors toward urban development.”

In terms of market regulations, Sami assumed that consumer protection is the main trigger for regulating the market, especially that any foreign investor will not tap into a sector that lacks regulations. Likewise, Shoukri claimed that the entry of new developers and the growing number of brokers will be healthy to the market if it is well regulated.

Sharing the same sentiment, Fouad noted that a non-regulated market may lead to a crisis in the long run, not to mention the lack of investors’ trust. Iwan’s Mokhtar also underlined that the inability to regulate the developer-broker relationship may lead to unfair competition and unpleasant practices in the market.

Speaking of the brokers’ effective role in the real estate sector, B2B’s President said brokerage outsourcing supports 50% of any developer’s sales, while Tatweer Misr’s CEO and President long for such share to reach full potential.

Borouj’s Mostafa further noted that Egyptian brokers created awareness of the country’s urban expansion and newly-introduced cities. In figures, El Tayebi stated that brokers are responsible for marketing 90% of the real estate developments being undertaken in these new cities.

Basically, Ghoneim reckoned that the state should create a model for the real estate industry, similar to the stock exchange market, hence overall regulation and transparency enhancement among all parties involved.

Banany recommended that the local property market should have a real estate index and an official body to regulate the developer-broker relationship. El Assal agreed that having a well-crafted real estate index is vital to measure the demand, thus aid investors, developers, and government bodies to properly address the market.

Meanwhile, Khozam Developments CEO highlighted that the Egyptian Association for Realtors is an initial step toward regulation since it will be responsible for choosing qualified property agents, only to ensure transparency and advancement. RE/MAX Egypt and RE/MAX UAE’s Nasser added that having an association that includes licensed and credible brokers only, who abide by the set standards, is the ultimate way to organize the market.

Meanwhile, Akam’s Mohamed stressed that brokers’ evaluation should be based on their productivity.

“The first step toward regulation of real estate agents implies the introduction of a website that lists and ranks all brokers operating nationwide, wherein they will be assessed with regard to the volume of their annual sales, commissions, and expertise,” Akam’s founder was quoted as saying.

Almsaodi elucidated that developers and brokers should join forces to come up with a draft law to regulate this relationship, and as a consequence, the government will react faster to untangle the current loopholes. Additionally, ARDIC’s Salah pinpoints that brokers should be part of the Real Estate Development Law.

All in all, ERA Real Estate Commercial – Egypt’s CEO said, “All parties should work toward achieving balance and transparency in the developer-broker relationship.” El Kadi elaborated that developers should comprehend that brokers are not competitors and their role is rather supplementary.

In the second session, headlined “Exporting Real Estate,” Mena Group’s Fawzy said, “The right product that can easily be exported is serviced apartments, which come fully finished and furnished.”

To further stimulate real estate exports, El Dessouky commented, “The state should provide property investors with all the raw data needed for investing in the Egyptian market, notably details on opportunities available, supplementary facilities on-board, and investment value.” Tameer’s El Khoury justified that the government’s role in the real estate market in unequivocal for being responsible for due diligence, issuance of projects’ permits and licenses, among other vital factors toward urban development.

The strategic roundtable was being sponsored by a diverse range of prestigious entities, namely Tatweer Misr as the official sponsor, Akam Developments as the platinum sponsor, Rooya Group as the gold sponsor, in addition to Coldwell Banker, New Avenue, The Land Developers, and Al Ahli Sabbour Developments as silver sponsors. Better yet, Khozam Developments is the event’s bronze and delegate bag sponsor, whilst Tameer serves as lanyard sponsor and BYC Egypt as the registration desk sponsor. This comes in light of the Egyptian Association for Realtors’ participation as the supporting association.