CEO of Misr Italia Properties Mohamed Hany El Assal has revealed that his company has invested around EGP 3.4 bn across a number of projects throughout this year, Invest-Gate reports.

The company has injected in IL BOSCO City a total of EGP 150 mn in 2019, out of the EGP 22 bn planned investments, with construction works scheduled to start in Q3 2020, according to a recent press release. Located in east Cairo’s Mostakbal City, the 268-acre project will comprise 6,600 housing units, it added. 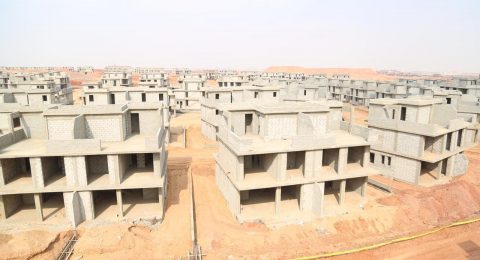 During the same year, the developer has finished concrete works for 300 villas and 2,500 apartments, out of the planned 5,100 units, in the 207-acre IL BOSCO project in the New Administrative Capital (NAC). Investments in the latter development are expected to hit EGP 16 bn, the statement highlighted.

Adding up to its investments in NAC, Misr Italia has established the 110-acre Vinci project with investments amounted to EGP 8.5 bn, boasting 3,000 units that are set be delivered as of 2022.

The Egypt-based developer underlined it has also pumped about EGP 500 mn in the establishment of east Cairo’s Cairo Business Park this year. The spot spans across an area of 78,000 square meters and is divided into 42 administrative buildings, of which 15 will be delivered soon.

The project also hosts Hilton Garden Inn at its center and 85% of its concrete works have been completed so far to be ready for opening by mid-2020.

“Misr Italia Properties strives to stay ahead of the real estate market, introducing new concepts of blending luxurious smart cities with an abundance of green spaces in accordance with international standards, to create an opportunity to live in a distinctive and unique integrated community,” the statement highlighted.

Another project in Ain Sokhna is called “Kai Sokhna,” wherein the developer invested EGP 300 mn this year, boasting 340 residential units and 180 keys in the five-star Hilton hotel. About 85% of phase I has been finished as it gears to commence delivery by Q4 2020.