The 100-acre business complex, or “Heartwork,” will be built over three phases, the first of which will span 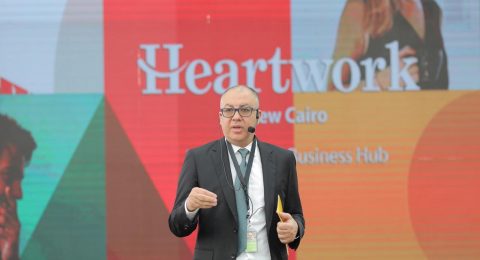 However, he preferred to keep some key details murky such as the project cost, number of office spaces, and implementation timeline.

In late September, during the first edition of Future Offices International Summit, Mountain View announced that the project will be brought in collaboration with US-based culture consulting Delivering Happiness and architectural design firm CallisonRTKL.

Stretching over 500 acres in east Cairo, iCity is the first joint venture (JV) between the New Urban Communities Authority (NUCA) and the Saudi-based Sisban Holding, which own 40% and 60% of the project, respectively, with Mountain View being the master developer.

“Offering a whole new concept in modern and progressive living,” the Egyptian-Saudi compound offers an array of residential modules, including apartments, villas, studios, twin houses, and palaces. It also features different dining options, swimming pools, in addition to a gym, a clubhouse, a home cinema, among other services and amenities, according to the company’s official website.