Egypt-based developer IGI Real Estate has agreed on a loan facility from the National Bank of Egypt (NBE) to finance the construction of its flagship project in 6th of October City, named “Ashgar City,” with the first tranche valued at EGP 600 mn, Invest-Gate reports. 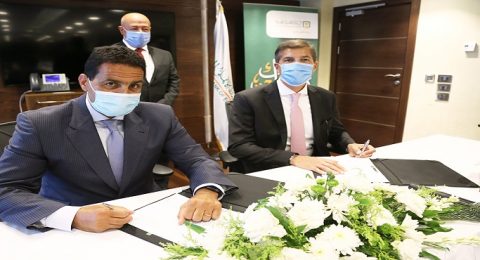 Under the deal, which was signed between both parties on July 28, the loan will contribute to the acceleration of building Ashgar City’s service components, on top of finalizing the project’s remaining phases with respect to the set timeframes and high-quality execution metrics, the company said in a recent press release.

On his part, CEO of IGI Real Estate Khaled Shata affirmed the essential role of the NBE in funding the company’s major projects such as Ashgar City, where the state-run bank is the main financer. Besides, he emphasized the developer’s keenness to further underpin this partnership for reflecting IGI Real Estate’s eagerness to collaborate with credible parties.

Corporate and Syndication Group Head at NBE Sherif Riyadh also pointed to the bank’s strategy to fund vigorous companies operating in the main sectors of the domestic economy, including real estate, thanks to the latest initiatives taken and regulations issued by the Central Bank of Egypt (CBE) to bolster Egypt’s property financing model.

On another note, IGI Real Estate uncovered raising the company’s capital by almost EGP 650 mn, in the efforts to further reinforce the company’s leading position in the Egyptian real estate market by establishing some well-crafted properties nationwide, as highlighted in the statement.