In the attendance of civil aviation and tourism ministers, Younis El Masry and Rania Al-Mashat, the 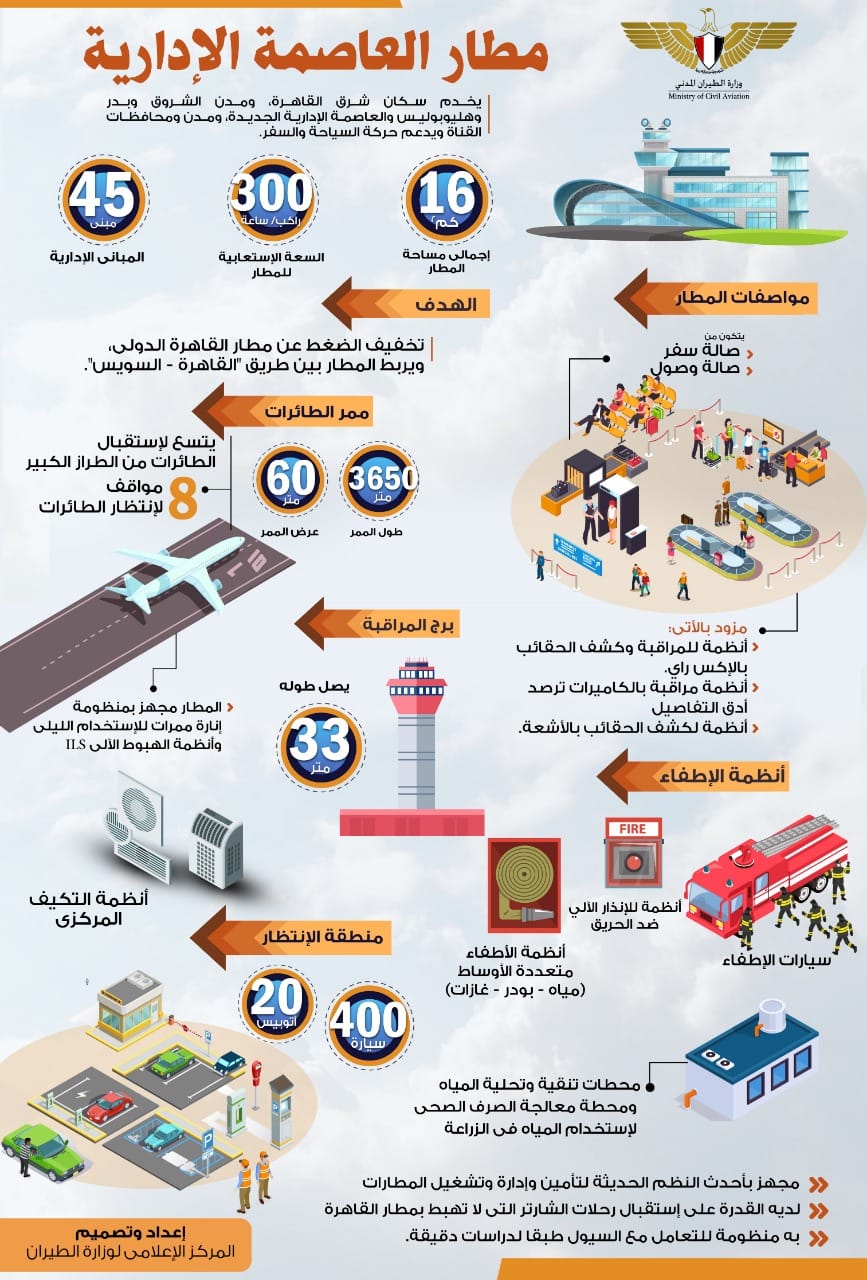 airport received its first domestic flight by EgyptAir, who already established its operations and facilities inside the premises, along with dutyfree zones in the arrival and departure halls, according to a recent ministerial statement.

Situated about 30 kilometers east of Cairo, and covering an area of ​​16 square kilometers, the new airport can accommodate 300 passengers per hour, with 45 buildings around the place and the main terminal that will cover an area of over 5,000 square meters.

There are also eight parking lots that can take up to 500 cars and 20 buses, in addition to 45 service and administrative buildings, a watchtower, and a 3,650-meter airstrip that it is highly equipped with a premium Instrument Landing System (ILS). The venture is set to cater to residents of Shorouk City, Badr City, New Cairo, Heliopolis, NAC, canal governorates, to name a few.

Hailing the new addition, Al-Mashat emphasized the importance of opening new airports, referring to Sphinx International Airport which was opened last January, in a bid to boost the flow of both cultural and leisure tourism, especially after the inauguration of the Grand Egyptian Museum in 2020.