Egyptian President inaugurates the first phase of New Mansoura smart city, which overlooks the Mediterranean Sea, stretching for nearly 15 Km with a plan to accommodate over 1.5 mn people, Invest-Gate reports.

Bassam Rady, Spokesman for the presidency, states that the new city is located at the intersection of the governorates of Daqahliya, Kafr El-Sheikh and Damietta.

Rady adds that constructing New Mansoura is part of a project to build a group of new smart cities nationwide, and it is considered one of the development arteries on the northern coast of Egypt.

On the sideline of the inauguration ceremony, Housing Minister Assem El-Gazzar notes that New Mansoura City is being built in accordance with the Egypt’s National Strategy for Climate Change, as it encourages digital transformation and preserves energy.

The city is being built in four stages, and the land area of ​​the first phase is 2,063 feddans, representing 40% of the total area of the city, which will cover 5,913 feddans, according to the presidential website.

El-Gazzar points out that the first stage of New Mansoura City includes 19,500 units, 90% of which are low and medium-income housing units. The city also has four universities and a desalination plant, generating 160,000 cubic meters of water a day, according to the minister.

The construction of the first phase costs EGP 24 bn. 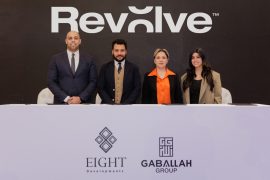 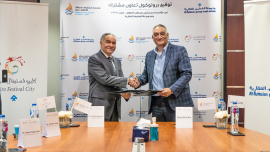