Ministers of Civil Aviation and Tourism witnessed the experimental operation of domestic flights for the first time from Sphinx International Airport, west Cairo, which began on January 25 and set to last until February 9, in a bid to boost the country’s tourism, Invest-Gate reports.

This phase includes the experimental operation of 30 flights by state airliner EgyptAir from Sphinx International Airport to international airports of “Sharm El Sheikh, Hurghada, Luxor, and Aswan,” till early February during its trial run, according to a recent post on the ministry’s official Facebook page.

Younes El Masry and Rania Al-Mashat attended the inauguration ceremony to launch the initial flight from the new airport to the Red Sea resort of Sharm El Sheikh, South Sinai, coinciding with the celebrations held by the aviation ministry and its affiliates to mark the 89th anniversary of the Egyptian civil aviation 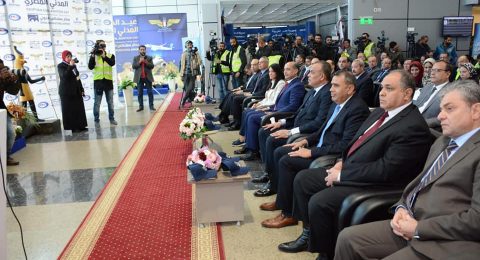 The Sphinx International Airport, located near Pyramids of Giza and Grand Egyptian Museum (GEM), aims to alleviate pressure on Cairo International Airport and is part of the tourism ministry’s plan to improve access to historical sites from resort areas on the Red Sea coast. It will fully open in 2020.

During his tour of the new airport, El Masry asserted that 2019 will witness a leap in the Egyptian civil aviation industry as multiple new airports will be opened, including New Administrative Capital’s (NAC) new international airport, which is located 45 kilometers east of Cairo, in addition to that new planes are set to join EgyptAir’s fleet.