The Central Bank of Egypt (CBE) increased the key interest rates by 200 basis points (bps) during an exceptional meeting of its Monetary Policy Committee (MPC) late in October 2022. The overnight deposit rate has been set at 13.25% and the overnight lending rate at 14.25%.

The CBE has also moved to a durably flexible exchange rate regime. The Egyptian pound has since dropped to record lows against the US dollar, whereas the measure aims to restore investor confidence, rebuild foreign reserves, and boost exports.

In this feature, Invest-Gate figures out what the flexible exchange rate regime is and how does it affect the economy, alongside other aspects related to the current and future outlook of the local real estate sector.

Explaining the system, Deputy Research Manager at Zilla Capital, Aya Zoheir, states that adopting a flexible exchange rate to the Egyptian pound means linking it with a global currency basket, such as the US dollar, leaving the forces of supply and demand to determine the value of the local currency against other foreign currencies. This entails the full floatation of the local currency.

According to the International Monetary Fund (IMF), operating a flexible exchange rate regime requires a foreign exchange market that is liquid and efficient enough to allow the exchange rate to respond to market forces and that limits both the number and the duration of episodes of excessive volatility and deviations from the equilibrium exchange rate.

Zoheir adds that this is not the first time Egypt transitions into a more flexible exchange rate regime. In 2016, the country’s central bank decided to float the local currency against foreign currencies, with the aim of achieving a flexible and fair exchange rate that would save the pound and the economy from the foreign cash crisis that prevailed at that time. Afterwards, inflation rates dropped from about 30% to nearly 6% in 2019.

Moreover, Zoheir expects that the transition into a flexible exchange rate regime, coupled with the solid monetary policy framework and the commitment to continuous financial regulation will help rebuild buffers provided by policies.

Noteworthy to pinpoint, the CBE further announced it will develop the financial derivatives market to deepen the foreign exchange market and gradually cancel the instructions issued regarding the use of documentary credits in import financing operations, serving as a catalyst for the rejuvenation of economic activity in the medium term.

With regard to the current outlook of the real estate market and the Egyptian economy, Zoheir says that the vision is unclear given the instability of the EGP value against the dollar. The 2% hike in interest rates is a difficult move that will significantly affect the real estate sector, given its reliance on financing and lending.

Soon after the CBE decisions came into effect, the market witnessed a rise in material prices and a spike ranging between 10-15% in property prices, a measure aiming to hedge against the impact of the devaluation of the EGP going forward.

Commenting on this, Zoheir says that the higher material prices will not impact projects’ execution rates, expecting them to stabilize over the coming period. In addition, she remarks that real estate developers will resume developing their existing project portfolio whilst passing the rising construction costs along to clients.

In a similar manner, the real estate market, which has been severely hit, will recover and the sales demand rates will return to normal and continue to grow over the coming period, Zoheir concludes.

For his part, Economic Researcher, Mustafa Gaber, says despite the expected negative effects of the CBE decision on the short term, including the rising prices of some imported inputs and temporary volatilities in existing awarding, an improvement in demand rates on real estate properties is likely on the long term.

As regards supply, Gaber clarifies that the flexible exchange rate and the EGP devaluation against foreign currencies will enhance foreign investors’ confidence in the Egyptian market and will make the real estate sector more attractive to foreign investments.

Furthermore, Gaber notes that the market needs policies to encourage the participation of the local and foreign private sector in implementing projects. In addition, it is important to further invest in green buildings and intensify efforts to promote the local real estate product globally in order to increase demand and expand the market size.

Moving forward, the real estate sector is forecast to witness more recovery in 2023. The country will significantly expand into the green and eco-friendly building sector through partnerships with the private sector in tandem with the sustainable development goals and the 2030 agenda, Gaber adds. 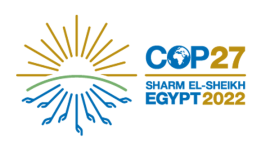